Read more
You are at:Home»Film»In Criticism Of: Shadow in the Cloud
By Kay Miller on December 2, 2021 Film

It is very rare that I feel I need to actively voice my thoughts on a movie. I’m usually quite happy to sit through a film, whether it’s dull or impressive, and be content with the fact that I’m taking time off. Yet, I feel it’s my personal duty to warn people of the plane crash that is Shadow in the Cloud.

As someone who is quite interested in military history, Shadow in the Cloud seemed like the perfect movie. Flight officer Maude Garrett (Chloë Grace Moretz), is tasked with boarding a flight on a B-17 bomber plane with a top secret package intent on travelling from New Zealand to Samoa, but not all is as it seems. When I realised the action-horror descriptor for the film is referring to the ‘shadow’ being a gremlin, my interest piqued. For those of you thinking, “ah, like Gremlins, the movie ones, sure,” then think again. The gremlin in this movie is a human-sized, bat-like creature, hell bent on bringing down the plane. This creepy-more-than-cute gremlin is based on the 1943 Disney short, Falling Hare, in which a gremlin causes Bugs Bunny a lot of grief on an Army Air Force base. Gremlin folklore eventually became an accepted metaphor on Air Force bases (both American and British) for something going wrong with aircraft or other machinery. Shadow in the Cloud is an extended adaptation of this original Disney short, and the concept of an action-horror in a military setting with a gremlin was exciting. 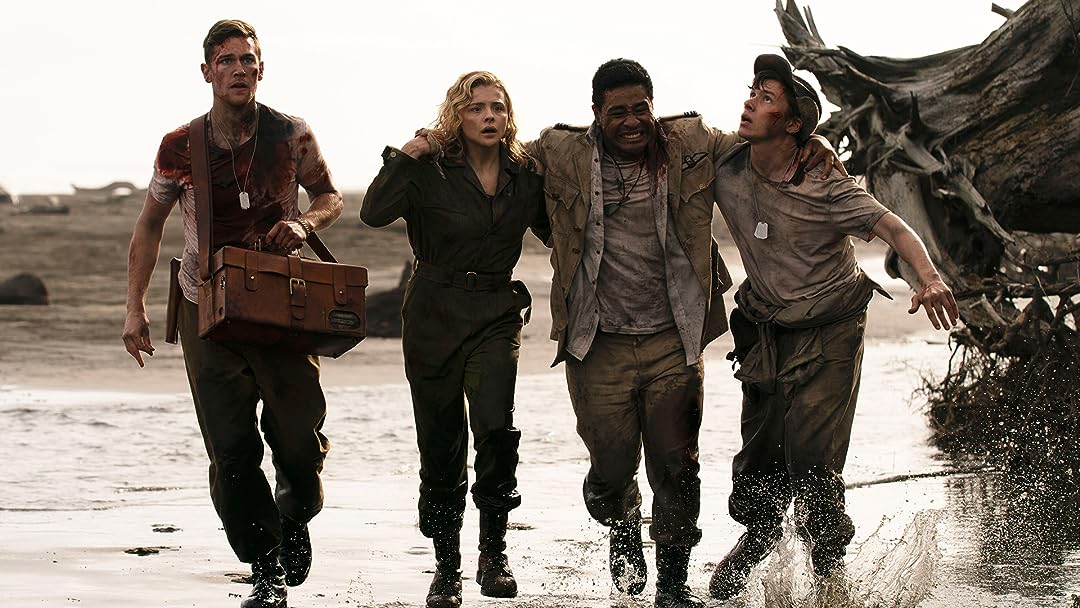 Alas, the final execution of the film did not match the expectations I had set for such an unusual and exhilarating concept. The plot itself let the movie down. The confusing character of Maude Garrett (and the why and how of her presence on the plane The Fool’s Errand) distorts the entirety of the film. Although everything eventually becomes clear by the end of the movie, it is the general lack of coherence between chosen themes, and characters too, which ruins the concept. Max Landis, who created the story, bit off more than he could chew. The complex intertwining of such loosely related themes created an unrealistic, clunky storyline. Watching Shadow in the Cloud feels as though two separate film concepts were written as one film. This should have been a drama about a mother’s instinct to protect herself and her child in World War Two, or a horror about airmen fighting off gremlins. Not both.

I need to state that the issue with this movie is not the combination of feminism and military conflict. Some of the best war movies and television series focus on women; Women of Valour, Female Agents and Home Fires, to name just a few. It is vital that the entertainment industry (and wider society) recognises women and their actions during conflict, whether that be at home or on the frontline. As opposed to highlighting Maude Garrett as a heroine driven by the need to protect her child, this movie transforms her into a puppet in an ambitious, yet poorly executed storyline. With a more simplistic plot this could have been a gripping action-horror movie. Instead, I was left feeling confused and irritated by the lack of coherence in the characterisation and plot throughout.

Shadow in the Cloud is available to watch on Amazon Prime Video. Watch the trailer below: