Read more
You are at:Home»Film»Features»In Criticism of Star Wars: The Rise of Skywalker
By Christian Wise on March 21, 2020 Features, Film 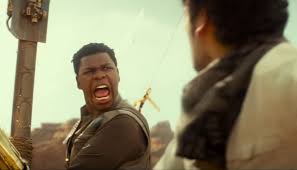 Firstly, there’s the story – or rather, lack thereof. The film shifts from one action set-piece to the next at a breakneck pace, only slowing down to pad out the runtime with dull exposition and pointless fan service. No time is devoted to the characters, so they feel less like well realised people and more like action figures. Given that the best parts of J. J. Abrams’ previous film The Force Awakens were the quiet scenes that fleshed out the characters (e.g. Rey’s introduction), one wonders what the hell went wrong here.

A lot of the underdevelopment concerning the characters arises as a result of the The Rise of Skywalker‘s blatant attempts to retcon The Last Jedi. None of the plot points set up in that film are followed up on convincingly, with all the characters regressing to the point that they were at the end of The Force Awakens. Finn goes from being a committed resistance fighter to just aimlessly following Rey around, Poe is an arrogant jerk, and Rose Tico becomes a glorified extra. Even the two characters who are fairly well-served (Rey and Kylo Ren) get damaged by the return of Emperor Palpatine, a story turn emblematic of the film’s attempt to ‘course correct’ the sequel trilogy. 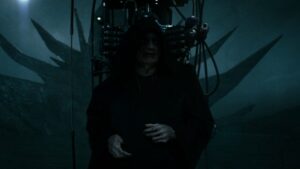 People got upset about Snoke getting killed off with no explanation in The Last Jedi, so Palpatine returns to reveal that he made Snoke (what? how?!?) and push Kylo back into the position of traitorous henchman. Meanwhile, Rey’s parents are changed from scumbags who sold her off into slavery for drinking money, to noble people who sold her into slavery to protect her from her grandfather Palpatine. In one fell swoop, Rey is given a backstory completely antithetical to her character, confirming once and for all that you need to be related to someone famous to be a hero in the Star Wars universe.

But The Rise of Skywalker isn’t content with being bad on its own. It goes even further and renders the entire saga pointless. Palpatine’s plan is foiled at the cost of Ben Solo’s life, leaving Rey alone in the world once again. Not only are Han, Luke and Leia’s sacrifices essentially meaningless, but Anakin’s death and redemption also has no significance. To rub salt into the wound, not only is the Skywalker dynasty wiped out, the name has now been taken by Rey – meaning that Palpatine’s effectively won, despite his death. And even that’s not guaranteed, given he’s survived against incredible odds before. Since no indication is given that Rey will forge a new Jedi Order that won’t repeat their previous mistakes, what’s stopping Palpatine from resurrecting himself and starting the whole cycle of pain and misery all over again? And to think, this is supposed to take Return of the Jedi‘s place as the end of the Star Wars saga.

There’s still so much else wrong with The Rise of Skywalker: the endless fake-out deaths; poorly edited action scenes; and lack of mention given to Luke’s sacrifice in The Last Jedi (the true ending of the Skywalker saga in my head canon). It’s a hollow, joyless experience that taints the legacy of Star Wars and something truly special will be needed to relight the franchise’s potential.

Help me Mandalorian, you’re my only hope.

Star Wars: The Rise of Skywalker, directed by J. J. Abrams, was distributed in the UK by Walt Disney Studios Motion Pictures, certificate 12A. Watch the trailer below: