Films, films, films. Everyone is always talking about films. After doing lots of research and watching lots of films and speaking to lots of actors and directors and the like I have come up with this article where i review films; all the films and nothing but the films.

Here is a list of my LEAST favourite films (stinkers)

When I was younger, I would want to see the films on the top shelf that my mother and father would call ‘top shelf material’ and that they weren’t for me and that I might want to watch it when I was older. Now I am older, and I still can’t reach the top shelf, but I’m sure that there are great films up there, like Casablanca and Transformers 4.

Sometimes films can have music in them, and no I don’t mean music videos (because those are videos, not films, dummy) and those films are extra good films because they have music and films in them which are my two favourite things. My favourite films with music in are things like BOHEMIAN RHAPSODY and STOP MAKING SENSE because both of them have big-dicked basslines and (sometimes) big suits and (sometimes) brian singer.

The Oscars are the best part of movies because when the Oscars happen everyone watches the movies and gives them scores and the BEST movie is worked out. The green book was the best movie this year and even though LIBERAL SNOWFLAKES thingk that it shouldn’t have won it doesn’t matter because the Oscars PROVED it was the best movie with FACTS AND LOGIC!!!

There are so many genres of films, more than I can count, but some of the best genres of the films are the ones that everyone likes. Here are some genres you should check out: 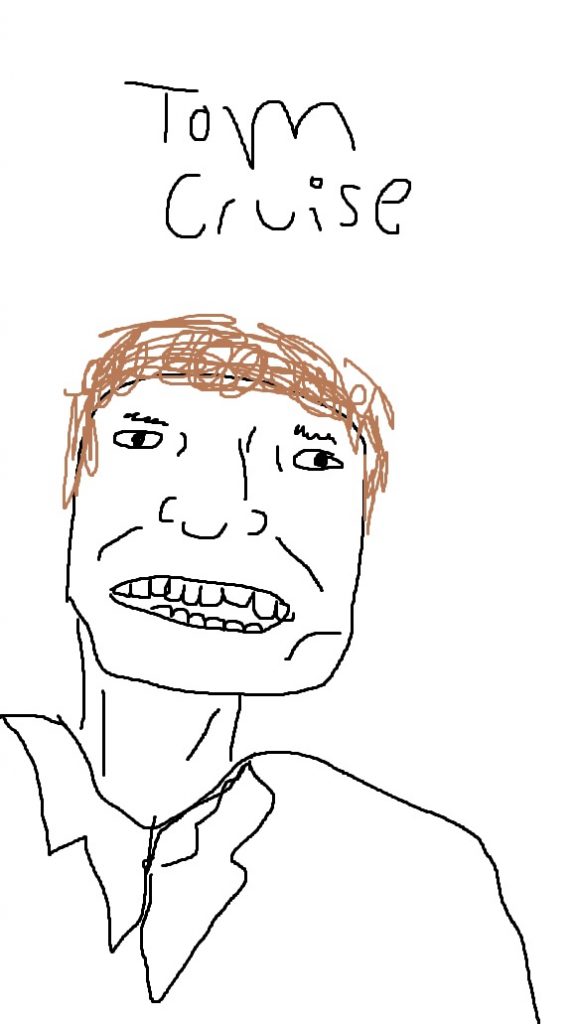 The best way to watch horror movies is from far away, because if you sit too close to the screen you’re going to be in the FREAK ZONE (look at the diagram). The freak zone is really bad because once when I was younger I watched the episode of doctor who with the weeping angles and I literally got so scared that I ran into a door. If I wasn’t in the fear zone this might not have happened and I might not have been so scared and I might be able to see David Tennant again without reliving the feeling of my head hitting the door over and over again.

Uh-oh, its time to laugh, I hope your ready!! Comedy movies are where laughing happens, and sometimes you need to be smart to get the jokes. In these movies there are great lines like;

These lines make me laugh every single time I hear them or even see them written on paper, and if you join in with watching comedy movies you might also find them funny too which is great because it’s nice to feel included and not lonely all the time, forever and ever.

Marvel movies are really great because when they come out everyone likes them and gets to care about something for a bit. When I watched BLACK PANTHER I realised how much of a racist I was this whole time and then I watched the movie and I wasn’t racist any more; that’s the power of the movies. Its so great that marvel movies can be good and enjoyable movies for everyone and be progressive because they care about the state of the world and social justice and not because studios understand the inherent value of utilising a progressive standpoint to draw in thousands to a movie that doesn’t really care about being progressive but does care deeply about upholding the sickly veneer of acting progressive to draw in viewers to fund its huge, endless corporate machine that will chase social justice trends so long as it profits them and blurs the distinction between personality and business until it is almost invisible, as swathes of people buy funko pop figurines of their favourite superhero because marvel is their friend and they have the best interests of the world at heart. My favourite marvel is cars 2.

Wow, those were movies, and I liked them all. That’s all for me for now but I think you can find some great movies on your own film journey – I recommend starting with shrek (below) and then watching movies until you find a movie you can talk to your friend(s) about. I love you.

wait no this is the wrong trailer this is the shrek 2 trailer if you click it and then search ‘shrek one trailer’ in youtube you’ll get the right trailer. shek 2 is NOT GOOD.

Disclaimer: If it hasn’t become obvious by now, this is satire.