Read more
You are at:Home»Film»Features»In Defence of Quantum of Solace
By Christian Wise on October 30, 2018 Features, Film

James Bond will return in 2020, and it will likely be Daniel Craig’s last hurrah as the superspy. Craig’s tenure as 007 has been largely solid, supported by excellent performances and a dark and gritty return to the series’ literary roots. But squeezed between the two darlings of this era is 2008’s Quantum of Solace, which celebrates its tenth anniversary this month. Ever since its release, Craig’s sophomore effort as 007 has received a frosty reception, with many seeing it as a step down in quality from Casino Royale. I don’t dispute that it’s inferior to its predecessor and successor, but I do feel many people are much too harsh on this film. 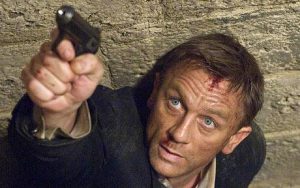 The film’s main strength lies in its depiction of James Bond as an actual character. In previous films, Bond’s female companion would die, and after about 10 seconds of mourning, he would move on. Not here. The death of Vesper (Eva Green) at the end of Casino Royale is the driving force for his character, and her presence lingers over the story (like a spectre, if you will). The Bond we see here is far from the quippy, upbeat figure portrayed by Connery, Moore and Brosnan. This is the Bond that Ian Fleming created back in the 1950s: a real human being; a man who grieves for the people he loses, who frequently acts rashly, and emotionally. It’s a darker, more brooding version of the character, and as before, Daniel Craig steps up to the challenge of playing Bond as a broken man, far from the superman we expect him to be. That’s not to say that Craig’s Bond is humourless; there are many great lines of dialogue that allow Craig to demonstrate his sharp sense of wit, but he never lets the character become too jokey or flippant.

The other redeeming factor of Quantum of Solace is the music, frequently the best part of a mediocre Bond movie (see also Diamonds Are Forever, Moonraker or A View to a Kill). With this, his fifth and possibly final score, David Arnold firmly cements himself as the successor to the great John Barry. The title song may be a load of rubbish, but Arnold’s soundtrack beautifully weaves through the story, going from pulse pounding excitement to quiet contemplation and reflection in the space of a few minutes. Certain motifs from Casino Royale are used to establish a thematic connection with its predecessor, while Arnold simultaneously composes wonderful new tracks that compete with those composed by Barry, and other composers like Marvin Hamslich and Bill Conti. “Night at the Opera”, which accompanies Bond’s infiltration of Quantum during a performance of Tosca is especially atmospheric. 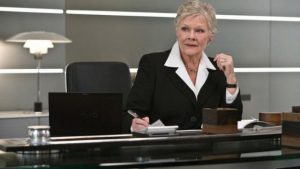 Quantum’s supporting cast, as with all of Craig’s Bond films, are fantastic. Judi Dench once again shines as M, as does secondary villain Mr. White, once again acting as a suave and charismatic antagonist. Meanwhile, the script develops an emotional connection between Bond and his confidant Mathis, helping his death scene resonate very well. Jeffrey Wright’s portrayal of Felix Leiter should also be commended; his depiction is one of the strongest of the character in the series history, and it’s great to see him get his own character arc, as he battles against his oily and corrupt superior (played by a virtually unrecognisable David Harbour). Camille (Olga Kurylenko) is a decent, albeit unmemorable Bond girl, mostly due to feeling like a rehash of Melina from For Your Eyes Only, while Agent Fields (Gemma Arterton) is a nice, fun side character with a lot of charm, making it all the more disappointing to see her killed off-screen (and in one of the series’ more blatant call-backs as well).

Quantum of Solace has plenty of problems. The editing makes the (admittedly impressive) action scenes hard to follow, and the shorter running time (at 106 minutes, it’s the shortest Bond film yet) means that the story and villain feel frustratingly underdeveloped. However, these flaws shouldn’t overshadow the good work that has gone into developing the main character, and many of the film’s other aspects are accomplished very well. Is it as good as Casino Royale or Skyfall? No, but I think it’s fair to say that Quantum is good enough on its own, acting as a good continuation of the preceding film’s arc, and still provides us with a solid and entertaining adventure.

And besides, it’s better than Spectre.