Read more
You are at:Home»Film»John Carpenter’s The Thing: A History
By Tom Wilmot on August 26, 2018 Film

John Carpenter’s sci-fi horror, The Thing, first came out on 26th August 1982. Following twelve scientists living at U.S. Outpost 31 in Antarctica, the film is an exhibition of paranoia and desperation as a shape-shifting alien infiltrates the inhabitants of the base, and attempts to wipe them out. Whilst now The Thing is hailed as a cult classic, it has taken a long time for it to get to this point, the original reviews being as impressive as the film’s meagre box office takings.

Here is a short look at the evolution of The Thing over the past almost four decades.

In 1938, science fiction writer John W. Campbell Jnr published the short story Who Goes There? The novella told the story of a research base in the Antarctic that comes under attack from an alien life form that can imitate others. The story’s premise along with its interesting themes of paranoia and mistrust made it a hit; so much so that veteran director Howard Hawks decided it would make a great movie.

In 1951 then, The Thing from Another World, directed by both Christian Nyby and Hawks debuted in cinemas. The film made key changes to Campbell’s story to make it more Hollywood; notably the dropping of the shape-shifter alien in place of a Frankenstein-like monster and the scientists being changed to military figures. Despite widespread praise for the adaptation though, Campbell was deeply disappointed as he felt it omitted key elements from his original story. 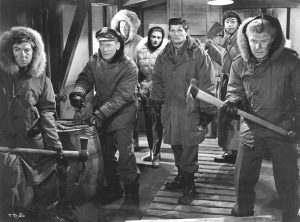 Greatly impressed, however, was a young John Carpenter, who was terrified by the film as a child and revealed as much to Stuart Cohen when the producer approached him about potentially directing a remake of the film. The time seemed ripe to bring back science fiction after the successes of Star Wars and Alien so it wasn’t long after Carpenter agreed to do the project that a screenplay was complete and production was ready to begin.

The Thing Comes to Life

Carpenter wanted to stay truer to Campbell’s novella and so the story was focussed more on the relationship between the scientists and how their trust for one another begins to break down as things progressively get worse. Kurt Russell returned to work with Carpenter for the third time by taking on protagonist R.J. MacReady whilst Keith David was cast as Childs.

The film took over a year to complete, making it Carpenter’s longest project, and, whilst some studio sets were used, it was predominantly shot on location at a glacier near the town of Stewart in British Colombia. Carpenter went to some lengths to make sure the Antarctic feel of the movie was just right and did this in part by constructing U.S. Outpost 31 during the summer of 1981 so that when it came time to film, it had already been sufficiently snowed under. He also made sure that the sound stages back in Los Angeles were refrigerated in order to keep the actors cold enough. 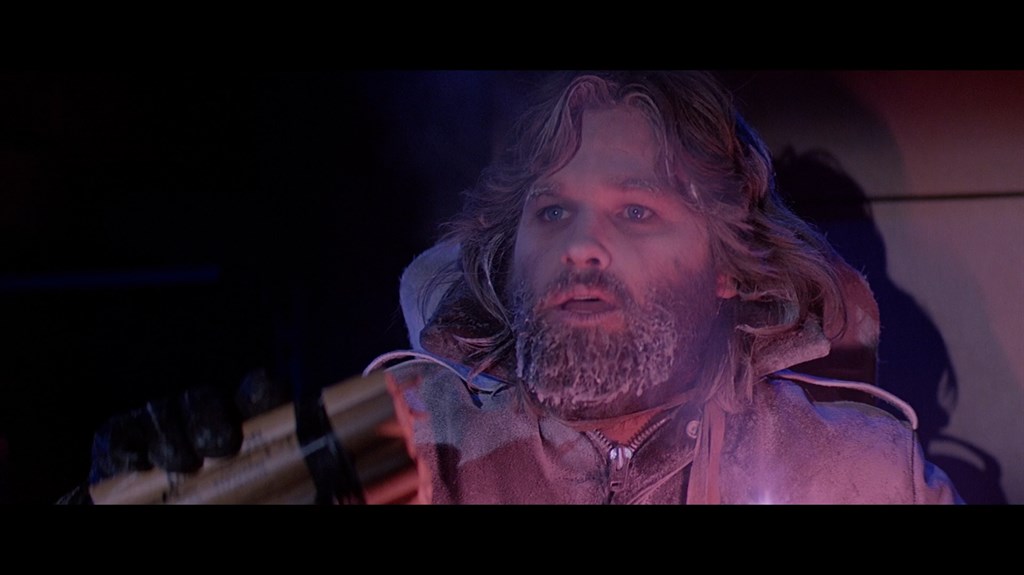 Authenticity too was the aim of The Thing’s make up effects designer Rob Bottin. Hospitalized by the end of production for severely overworking himself, Bottin put together a number of increasingly complicated practical effects that ranged from a chomping mechanical stomach to a walking upside-down head with spider legs. The gruesome creature designs were all put together by Bottin and his team with the then twenty-one-year-old being responsible for the idea that the alien would have no set form. The ground-breaking effects were outstanding for the time and still hold up marvellously today.

Despite all the hard work that went into it though, The Thing proved to be a massive bomb. Released in the summer of 1982, it fell flat at the box office, falling well behind Ridley Scott’s Blade Runner and Steven Spielberg’s E.T. the Extra-Terrestrial, which was running away with the box office. Whilst some blame bad timing for the film’s poor performance, others point the finger at the lacklustre marketing campaign from Universal.

What was more surprising though, were the savage reviews the film received from critics. Referred to as ‘foolish’, ‘depressing’ and a ‘wretched excess’, the film received particularly harsh critical treatment, which was, of course, a great disappointment to all involved. None, however, took it harder than Carpenter himself who has admitted on a number of occasions that The Thing’s failure had a profound effect on his career.

Over time though, The Thing has undergone a remarkable resurgence with home releases putting the movie into more people’s hands, leading to a complete U-turn in opinions. In a recent interview with Empire Magazine, Carpenter spoke of the film’s change in fortune saying that “it’s delightful that the movie is getting, if not financially, some of the critical recognition that it did not get at the time.”

The film has been praised for its bleak tone and successful blend of horror and sci-fi with the iconic blood test scene hailed as being straight from Campbell’s book. All of the actors put in fantastic performances throughout, perfectly playing off one another to create an atmosphere thick with mistrust and fear. Of course, there is also the film’s ambiguous ending, which has sparked fan debate for years.

Overall, The Thing is a fantastic movie that has undergone an interesting journey since its conception and is the standard that all films of its genre should strive to achieve.