Does your liver need a break after the blizzard of all those Freshers parties? Then where better to explore than Southampton’s cinemas! As part of our Freshers Guide, we’ve got the lowdown on where to go for blockbuster releases, arthouse cinema and even to rewatching those all-time favourites. 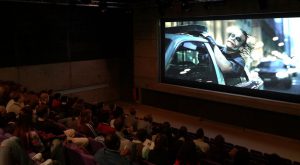 In the depths of the University’s very own Union building lies the Cube, SUSU’s multi-purpose events space. Whilst it moonlights during Freshers as an events venue (you’ve probably unwittingly wandered through it by now), it’s more commonly the home of Union Films – the student hub for low-priced mainstream cinema.

There really is something for everyone at Union Films, with occasional midnight film screenings of highly anticipated movies. They’ve previously welcomed both Deadpool and the Hunger Games series on opening night! Thankfully, if you’re a cinema junkie, then the good news is that prices are low with options to either pay per film, or buy a Pass per season or per year. With tickets for a single film from £3 (a far cry from the extortionate prices found elsewhere!) and films on offer including the likes of Hidden Figures, Logan, Captain America: Civil War, Fences, Guardians of the Galaxy Vol. 2, Get Out, Moonlight…  It’s all films you want to see, at a price you’re happy to pay.

Showcase Cinema De Lux is a relatively new addition to Southampton’s cinema scene, but it’s my favourite for a number of reasons. Located right in the heart of the West Quay complex, Showcase Cinema De Lux opened in February to huge anticipation, and has quickly become a must-visit location for film lovers.

A multi-million pound investment with 10 screens, the Showcase Cinema in Southampton is the UK’s most cutting-edge cinema – the first to have Dolby Atmos sound and laser projection on every screen, it also boasts the biggest screen on the South Coast at 64.5 feet wide! Leather reclining seats, Jude’s ice cream and several coffee shops and bars all add to the luxurious experience. Tickets may be a little pricier than your average cinema, but discounted student tickets are available, and if you sign up to their free Insider scheme, you can grab off-peak tickets for £6.50 each – totally worth it for the reclining seats. 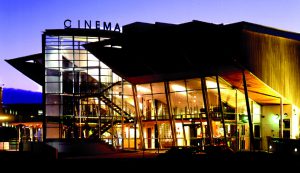 If there’s any place in Southampton more delightful than Harbour Lights, please do hit me up because after two years in this city, I’m absolutely certain this is the place to enjoy a film and a cheeky hot chocolate. Overlooking the docks down in Ocean Village, it’s worth the trek down for the sheer charm of Southampton’s resident independent Picturehouse cinema, which is covered head-to-toe in movie posters and memorabilia.

See the big new releases, get a glimpse of something new with Discover Tuesdays, or even indulge in a little nostalgia with their Vintage Sundays, showing classics like Jailhouse Rock, 42nd Street, and Hairspray. Plus, as students, E4 Slackers Club has our backs, so we can enjoy one free film a month, alongside all the various quizzes and events Harbour Lights regularly put on. Don’t forget to arrive early to try out the cutest café you’ll ever see in a cinema – and honestly, that hot chocolate? Pretty bloody rad.