The biggest film ceremonies of the 2017 awards season begin this week, and if you’re still in need of catching up with the critical darlings that have been BAFTA and Oscar nominated this year, Harbour Lights might be the destination for you. In this feature, we continue to bring you news of all the latest films, special screenings, and student-friendly deals that the cinema has to offer.

This week’s leading film is Maren Ade’s tragicomic domestic drama, Toni Erdmann. One of the most critically acclaimed films at this year’s Cannes Film Festival, the film offers a very funny examination of the disconnect between estranged family members and the pressures of the corporate world, as a father with a penchant for playing pranks begins to wreak havoc in the life of his career-driven daughter.

The biggest competitor of this year’s awards race, Damien Chazelle’s seamless ode to the Hollywood era of musicals is still available to watch this week. Starring Ryan Gosling and Emma Stone, La La Land follows the whirlwind romance between an aspiring actress and a down on his luck jazz pianist. Complete with gorgeous cinematography, dazzling musical numbers and great performances, this is an absolute must watch. Read our review here.

One of the other front-runners in this year’s Oscar race, Mel Gibson’s directorial return follows the true story of a conscientious objector who won a Congressional Medal Of Honour during the Second World War without firing a single shot. After a lifetime of humiliation, Desmond Doss proves his bravery and honours his beliefs by saving the lives of 75 men on the titular battlefield. Featuring a powerful, Oscar-nominated performance from Andrew Garfield, Hacksaw Ridge is an intense, gritty war film that will have you on the edge of your seat. Read our review here. 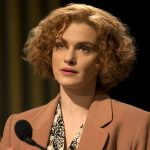 A fascinating, sobering insight into arguments surrounding one of the greatest genocidal tragedies in our history, Denial is also available to watch on the big screen this week. Starring Rachel Weisz and Timothy Spall, the film follows the feud between two academics who disagree on the truth behind the Holocaust. When the historian who denies the event existed sues the other for libel, a pivotal court case is held to prove the horrors of Nazi rule. Also starring Tom Wilkinson and Andrew Scott, this compelling, topical drama is a definite one to watch. Read our review here.

Directed by first-time feature filmmaker Garth Davis, Lion follows the emotionally charged saga of Saroo, a young man who was accidentally stranded 950 miles from his home when he was five years old. Despite a happy upbringing with his adopted parents in Australia, Saroo yearns for his former family and begins to desperately search for the place he once called home. Starring Dev Patel, Nicole Kidman and Rooney Mara, this is an arresting watch. Read our review here.

Featuring a powerful Oscar-nominated performance by Natalie Portman, Jackie is an intimate study of the week following JFK’s assassination, as seen through the eyes of his widow. Battling between her grief as a wife and her position as the First Lady of the United States in a shaken White House, the film burrows deep into the psyche of one of the most famous female figures in political history. Featuring supporting performances by Greta Gerwig, Peter Saarsgard and the late Sir John Hurt, this is yet another compelling drama in a sea of great Oscar-worthy films. Read our review here.

Directed by Jeff Nichols, Loving follows the deeply affecting story of an interracial couple who must fight prejudice, society and the law in order to preserve their marriage and love for one another. Set in a time when interracial relations were forbidden, the couple are unwillingly thrust into the public eye when the American Civil Liberties Union uncover their understated life at an isolated farm. Starring Joel Edgerton and rising star Ruth Negga, this is a film all about quiet courage and the power of irrevocable love. Read our review here.

Sometimes, there’s nothing more uplifting or inspiring than a true story and in Hidden Figures, the real life tale of how three gifted mathematicians, who were both female and African American, fought through prejudice and played an integral role in putting the first man into space. Starring Taraji P. Henson, Octavia Spencer, Janelle Monae and Kevin Costner, this historical biopic is available to watch on Saturday. Read our review here. 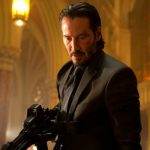 This month’s FREE student-exclusive screening (courtesy of E4 Slackers Club) is low budget revenge sequel, John Wick: Chapter 2. Starring Keanu Reeves, the film follows the eponymous anti-hero as he is drawn back from retirement as a legendary hitman to help an old pal who aims to wrest control of an international assassins’ guild. The film also stars Ian McShane, Laurence Fishburne and Ruby Rose. For more information on how to get in on this screening, visit the Harbour Lights website.

This week’s Discover Tuesday is Alma Har’el’s artistically bold new drama, LoveTrue. Delving deep into our collective perception of relationships and love, the film tackles universal themes by focusing on the personal stories of a trio of young people; Blake, an Alaskan stripper, Coconut Willie, a Hawaiian surfer, and Victory, a young black woman in New York.

This week’s Vintage Sunday is the 1961 classic Breakfast at Tiffany’s. Starring Audrey Hepburn in one of her most iconic roles, the film is based on Truman Capote’s novel of the same name and follows the exploits of Manhattan good-time girl, Holly Golightly, as she falls into a fragile relationship.