Read more
You are at:Home»Film»Press Conference: The Girl on the Train
By David Mitchell-Baker on October 4, 2016 Film

After a screening in London, The Edge were lucky enough to attend a press conference for the upcoming thriller The Girl on the Train, based on Paula Hawkins’ 2015 novel of the same name. Along with Hawkins herself, stars Emily Blunt, Luke Evans, Haley Bennett and director Tate Taylor were in attendance to discuss the highly anticipated film and their subsequent roles in bringing the novel to the big screen. 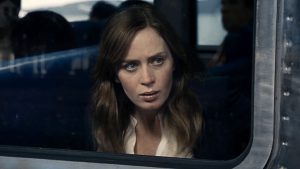 The Girl on the Train follows the story of Rachel, played by Blunt, an alcoholic divorcee who commutes into Manhattan everyday, taking the same train on the same route which passes the same row of houses every morning and evening. She quickly becomes infatuated with a couple, played by Evans and Bennett, whom she observes everyday, however one day she witnesses something unusual and soon finds herself wrapped up in a mystery involving this seemingly idyllic couple. Host Edith Bowman was quick to ask Hawkins what the experience of having her novel made into a film was like, she responded by saying: “It’s been pretty extraordinary; the speed of the whole thing and the amazing cast they assembled and then just the shocking, terrifying, brilliant cinematic retelling of my story, which manages to be both faithful to the novel and also different and interesting in all sorts of ways.”

The whole panel was in good spirits all afternoon and when asked what the actors identified with in their characters, Emily Blunt immediately quipped: “Yeah, me on a Friday night!” which was met with laughter from both the press and the rest of the panel. Blunt then bantered with Luke Evans about his difficulty using the film’s sugar glass props in one particular scene, and Tate Taylor also expressed his amusement at the filming of the scene. Haley Bennett was then asked if it was essentially a dream role to be able to bring to life such a layered and complicated character in Megan to which she responded rather conversely: “Yes it was a dream role and surprisingly and also a role that, although I felt a lot of dread coming to work every day, and sometimes I sat in the car and said ‘I’m not going in there, I’m not going to face this’. But also these are real issues that she’s suffering and I think that in her heart she feels that she’s committed probably the greatest crime and I think that she hasn’t forgiven herself and a lot of things spiral from that”. Bennett also joked that Hawkins told her on set: “‘You were exactly what I imagined for Megan, and I remember thinking ‘Oh my God, what a terrible thing to say!!'”. Similarly, Luke Evans was asked how the perception and reality of his character Scott differed, Evans described him as: “A man with a lot of questions and not a lot of answers” before going on to say that “there was a lot to play with and (it was) really enjoyable, but dark, but I thoroughly I enjoyed every minute of it”.

Director Tate Taylor proved to be a very intelligent and insightful voice on film making and subsequently the question of how he sought to make a film such as The Girl on the Train with a large part of the audience already knowing the plot points and twists and turns having read the book. Taylor said: “(You) really focus on the characters and their work, to where you make the characters so compelling. Although this is a thriller and you’re trying to figure out what happened, the characters are so strong and so deep and compelling, as all these wonderful actors made them, not that you’re forgetting that you’re trying to figure out who did something, but it’s parallel with the inner struggles. We just focused on the truth, and the truth often trumps the device of a movie.” 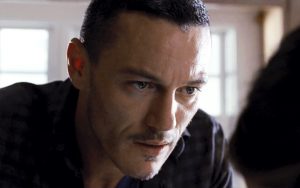 Blunt proved to be popular among those in attendance, which was to be expected given her leading lady status, but one of her most interesting comments came when she was asked how she balances her Hollywood career and motherhood, having recently given birth to a second child. Blunt commented that: “I don’t want to stake it out that my job as a working mother is any harder than anyone else’s who has to go to work and who has two children. So I think it’s just a juggle, you just sort of do it; you just take each day as it comes…I think, in a way, having children has been so wonderful and it not only cracks your heart open in big ways, I’m sure I can access a lot more since becoming a mother as an actor, but truly it makes me very specific about what I choose to do and when I choose to work. But I’m lucky because I think a lot of women, when they go back to work, they have to go back to work to support the family, or just because they want to go back to work full-time or that’s just their job…I have these rather fortunate chunks of time off in between working intensely and doing my children bit, but it’s not the same for everybody.”

As proceedings came to a close, one self-professed Luke Evans fan asked the Welsh actor what happened to his apparent starring roles in both Only God Forgives and Free Fire. Evans admitted that: “Only God Forgives was one of those very nice positions to be in where you’ve got two offered two things at the same time and I had to juggle which one was right. They both were great scripts and great directors but inevitably one had to be dropped, and it was at the same time as I got The Hobbit”. Evans then bantered about the two films saying: “So, it was – trilogy, Peter Jackson, year in new Zealand, killing Benedict Cumberbatch, the dragon. Or doing this very cool indie with an amazing director who had Drive coming out, which hadn’t come out at that point, trust me when that came out I took a big swallow and go ‘Holy sh*t!'”. Evans was then interrupted, surprisingly, by an attendee of the press conference – a baby. Emily Blunt was the first to pick up on this expressing her surprise before joking that “I literally just lactated”.

Moving onto the topic of Free Fire Evans then explained that it was the upcoming Beauty and the Beast which took preference: “I got offered Gaston in Beauty and the Beast and I really wanted to sing and do something. Honestly it came down to just wanting to smile, instead of growl and I’d done so much anguished and pained characters killing people, you know, biting their necks, he understood completely by the way and it was fine.” Closing out the afternoon on a chuckle for many in attendance.

The Girl on the Train, directed by Tate Taylor, is set to be released in UK cinemas on Wednesday October 5th 2016.