It’s Freshers’ week! If you’ve only just arrived in Southampton and fancy delving into the city’s cultural hot spots immediately, why not visit Harbour Lights? In this feature, we continue to bring you news of all the latest films, special screenings, and student-friendly deals that the cinema has to offer. This week sees the release of two new leading films as well as a couple of existing favourites and one-off cinematic treats.

Hunt For The Wilderpeople (12A)

The first of this week’s leading films is Taika Waititi’s latest comedy, Hunt For The Wilderpeople. Following What We Do In The Shadows, this charming film follows a defiant city kid (Julian Dennison) who runs away into the New Zealand bush and survives in the wilderness with his cantankerous foster father (Sam Neill). Featuring a surreal cameo from Rhys Darby, the film has been a critical success, whipping up a storm at the Sundance and Edinburgh festivals. Needless to say, this is a must-see movie.

Dare To Be Wild (PG)

The second of this week’s leading films is writer-director Vivienne De Courcy’s debut feature, Dare To Be Wild. Denied recognition of her talents by her celebrity employer, young garden designer Mary Reynolds (Emma Greenwell) is determined to win the major prize at the Chelsea Flower Show. Anxious to turn her vision into a botanical reality, she travels to Ethiopia to persuade gifted plant scientist Christy Collard (Tom Hughes) to help her. Christy is more concerned with his vital irrigation projects, but his reluctance evaporates when she manages to win his heart as well as his mind in this unusual and compelling romantic drama. 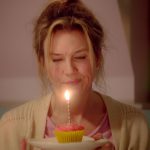 Bridget Jones’s Baby is still screening this week. In this latest instalment of the franchise, we find Helen Fielding’s classic character (played once again by Renée Zellweger) in yet another hapless and bizarre situation, as she falls pregnant and can’t figure out whether the father is her new American beau Jack (Patrick Dempsey) or her old flame Mark Darcy (Colin Firth). Also starring Emma Thompson and Jim Broadbent, this latest chapter of the diary will have you rolling with laughter. Read our review here.

David McKenzie’s double buddy heist crime film, Hell or High Water, is also still in cinemas this week. Starring Chris Pine, Ben Foster and Jeff Bridges, the film follows two bank-robbing brothers who are pursued across the blighted Texan badlands by two seasoned Texas Rangers. Written by Sicario‘s Taylor Sheridan, and critically acclaimed across the festival circuit, this is a definite one to watch.

Sean Ellis’ historical thriller, Anthropoid is still screening this week too. Starring Cillian Murphy and Jamie Dornan, the film is set in 1941 and follows two Czechoslovakian agents as they embark on an ambitious mission to assassinate the Third Reich’s third-in-command, SS General Reinhard Heydrich. Based on a true story, the film also stars Toby Jones and Brian Caspe. Read our review here. 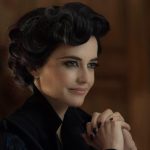 A special 3D screening of Tim Burton’s latest film will take place on Thursday (29th) in aid of the National Film and Television School. Based on Ransom Riggs’s cult young adult novel, Miss Peregrine’s Home for Peculiar Children follows a lonely teenager called Jake (Asa Butterfield) as he discovers clues that seem to unlock mysterious alternative realities, including a hidden establishment housing decidedly peculiar residents with bizarre abilities. Also starring Eva Green and Samuel L Jackson, this is surely worth a watch – even if it does sound a lot like X-Men...

There’s still some time to catch Ron Howard’s new music documentary, The Beatles: Eight Days A Week: The Touring Years. Exploring the effect that touring had on their relationships, as well as their musical evolution, the film features interviews, unheard music and exclusive concert footage from the biggest band of all time. Read our review here.

This week’s Discover Tuesday is Athina Rachel Tsangari’s Greek language comedy, Chevalier. The film follows six men as they cruise the Aegean sea aboard a luxury yacht variously fishing, scuba diving and vying for superiority in a series of increasingly bizarre competitive games – orchestrated with quiet relish by the boat’s owner, an imperious 60-something known only as ‘The Doctor’. 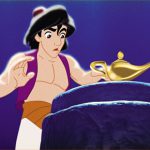 This week’s Vintage Sunday is the last of Harbour Lights’ stream of Disney classics, finishing their vintage animated run with one of the most beloved films of them all: Aladdin. The classic musical animation follows a street urchin as he vies for the love of a beautiful princess, using a genie’s magic power to make himself a prince in order to marry her. Featuring the vocal talents of the late, great Robin Williams and a number of iconic songs, make sure you catch Aladdin this Sunday!

This week also sees a special one-off screening for all the Michael Bublé lovers out there. TOUR STOP 148 presents a front row seat to the superstar’s phenomenally successful sold out To Be Loved Tour which concluded in 2015 and was seen globally by over two million fans. Filmed for the big screen with superb 5.1 surround sound, the film showcases thrilling live performances of many of the Grammy Award winning singer-songwriter’s biggest hits, including ‘Home’, ‘Haven’t Met You Yet’, ‘Cry Me A River’ and ‘Feelin’ Good’. Also featuring some never-before-seen behind-the-scenes footage, this must-see event includes a special 15 minute introduction with Bublé himself.