Read more
You are at:Home»Film»Films to look forward to at Raindance Film Festival 2016
By Sophie Trenear on September 12, 2016 Film

Another year, another instalment of the prestigious Raindance Film Festival. Home to the voice of all new and unmissable filmmaking, this year’s festival, taking place in just over a week, will see thousands of film fanatics, critics and creators come together to celebrate the very best independent cinema has to offer. With over a record-breaking six thousand entries from ninety-eight different countries, including feature films, documentaries, music videos and shorts, 2016 is set to host one of the biggest and best instalments of the festival in its 24 years of existence, screening 90 features and 85 shorts across its 12 days. And with so many films on offer, the hotly anticipated line-up may look hard to navigate. But have no fear, for The Edge has taken the time to select some of the best looking films brandished by the festival, from the Official Selection to those In Competition to those in the Discovery sector. Take note my friends, for these films may well be the next Pulp Fiction (which, coincidentally, had its UK premiere at the 3rd Raindance).

After the opening gala on the previous night, the real quintessence of the 24th Raindance film 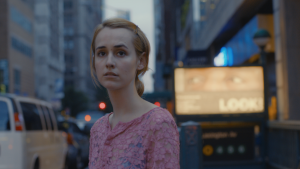 festival really gets off to a bang. Diving straight into some real potential classics, Thursday offers a handful of films glittering with heart and ingenuity, in particular Hotel Dallas and Her Composition. The latter is a co-produced film from both the USA and Germany, a film by writer-director Stephan Littger, which follows music student Malorie. She endeavours to live on the very edge of all things dangerous, morally ambiguous, and downright exploitative in order to feed her own artistic advantage, including, but not limited to, exploiting the very industry her friend’s non-profit feminist organisation are trying to bust. Through multiple sexual encounters, and the dark side of the business and gradual health scares that come as a result, Littger is set to pose some very interesting questions about feminism and human rights in his directorial debut. 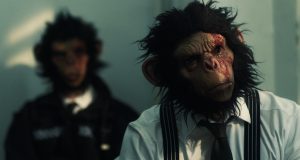 Friday sees a whole heap of seemingly breathtaking, provocative films piled at its doorstep, particularly Serbian thriller Incarnation, ‘Alice in Wonderland’-esque sci-fi thriller, Worm, and the hotly anticipated Panamerican Machinery. Incarnation, directed by Filip Kovacevic, follows an unnamed man as he wakes up over and over again on the same bench of the same unknown city, before trying over and over again to escape the same four masked assassins, all whilst trying to figure out his identity and that of who set him up. Keir Burrows’ Worm tells the tale of Ana, an Oxford PhD student who finds herself unable to form new memories after travelling through a constructed wormhole. At the same time, heralding from Mexico, Joaquin Del Paso’s Panamerican Machinery falls in the ‘In Competition’ sector of Raindance’s 2016 selection and is a definitive one to watch for the season, mixing comic satire with dark uncertainty in the story of a big beloved boss-man’s death at a construction machine factory leading to a few certain revelations which provoke the employee mass to hide their boss’ death and lock themselves away from the outside.

James Franco makes an appearance on the first Saturday of the festival – at least, we’re treated to his name being attached to After Adderall, the extent of which is a little uncertain right now. Still, one third of the Franco brothers (that’s right, apparently there’s a third one? He’s called Tom) is probably one of the biggest celebrity names to grace this year’s Raindance, and the film which comes along with it, After Adderall doesn’t look too bad either. It’s a short 77-minute long film about a film, following the making of the adaptation of Stephen Elliot’s memoir ‘The Adderall Diaries’ which originally starred a certain Mr. J. Franco. Whatever it turns out to be, it’s full on black-and-white, looks slightly pretentious, and is something resembling daring – no doubt about that. 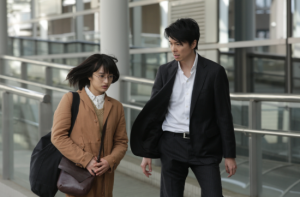 Also sitting at Saturday’s feet will be Yoshiyuki Kishi’s A Double Life, a Japanese adaptation of the novel ‘Nijuseikatsu’ about a student assigned to follow and report on the daily life of a stranger only to discover much more than just a usual ‘daily’ life in her assigned stalk-ee.  It’s another in the hands of the ‘In Competition’ sector, and another one to keep your eye on.

Another eagerly anticipated film of the festival’s increasingly intense 12 weeks is Caito Ortiz’s UK premiere of Jules and Dolores- a comedy with the words ‘some of this actually happened’ beginning its trailer. The film follows fun-loving, happy-go-lucky Peralta and Borracha as they steal a golden replica of the legendary Jules Rimet soccer world-cup trophy to impress Peralta’s flamboyant girlfriend and pay off his gambling debt, which turns out to be the original cup, landing the country on high alert, and them in some pretty hot water.

Bauddhayan Mukherji’s The Violin Player, a mere 72 minutes long, is a definite must-see, described as a ‘quirky tale’ about an encounter between two strangers on the streets of India, a deficient violin player and a desperate filmmaker. What results is what promises to be a frank, hard-hitting exploration of expression and artistic beauty, boasting performances from two top-end Bengali actors, Ritwick Chakraborty and Adil Hussain. 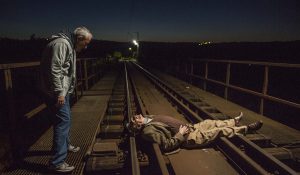 There’s a lot of death and mystery running through Wednesday’s veins, making it a strong contender in the Raindance lineup. The Tip of the Iceberg, Palace of Fun and Train Driver’s Diary are all stand-outs for Wednesday’s film pickings, surprisingly boasting only a handful of competing films – Milos Radovic’s Train Driver’s Diary being one of the few. Combining tragic realism with comedic satire, this ‘tragic comedy’ documents the lives of the innocent murderers who put themselves at the head of the wheel and inadvertently kill an average of 20-30 people in their whole career as train drivers. A film with train drivers at the center of its plotline might sound boring, yes, but turn them into accidental serial killers and you’ve got yourself a film idling on sounding promising.

The international premiere of David Cánovas’ The Tip of the Iceberg also has its screening at Raindance, a dark, investigative thriller following the suicide of three employees of the same company. When Sofia Cuevas, one of the company’s top executives, is chosen to prepare a report to try and shed some light on the situation, she finds herself shedding light on a far darker, unhealthier ballgame than she, or anyone, anticipated. With the short film documentary Our Sea being screened right before Iceberg, this is surely a not-to-be-missed film, and potentially one of the most relevant films of the festival’s selection.

Demimonde and Long Forgotten Fields are two of the second Thursday of the festival’s best offerings, with Attila Szász’s UK premiere of Demimonde being one of the most intriguing films of the entire festival. It’s another to beg some important questions about feminism and sexuality, following three women in 1910 – a famous prostitute, her housekeeper and their new maid – as their relationships grow and entangle, eventually leading to blood being spilt, lines getting crossed, and innocence being lost. At the same time, Britain’s own Long Forgotten Fields, directed by Jon Stanford, unravels a similarly dark tale, following the frustration and growing complexities of Lily and Sam’s seemingly idealistic relationship when Sam returns to the Shropshire countryside on leave from fighting the front-line. It seems human emotion is the theme for today’s unmissable films, including others such as The Shepherd, Nascent and A Comedy of Tears, which are also big names on the festival’s lineup. 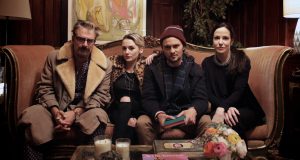 The penultimate day of Raindance sees ‘Pretty Little Liars’ and ‘How I Met Your Mother’ star Ashley Benson and ‘Drake and Josh”s own Josh Peck take on Chronically Metropolitan, an American production making its international premiere. It follows journalist and writer Fenton’s return to New York to win back his ex after writing a thinly veiled expository article about her family, only to discover she’s engaged to someone else. Also on the need-to-see list for Saturday is Jeff Barry’s Occupy, Texas, written by and starring Gene Gallerano who plays Beau, a washed up Occupier who returns back home to Texas after the death of his parents and finds himself in charge of his two teenage sisters and their estate, catapulting him onto a journey of bittersweet re-discovery. Both films are in the ‘discovery’ sector of the festival’s selection, with Chronically Metropolitan being screened only on this day – making it an unmissable opportunity, and a very strong contender in the Raindance lineup.

The last day of Raindance is set to go out with a bang, showcasing some of the best of this year’s independent cinema and some of the most anticipated films of the whole festival. Included in today’s lineup is Beijing New York, a film with a similar vein to Lost In Translation, and co-produced by three different countries: the USA, China and Canada. Described as a complex love story that bridges time, distance and culture, Beijing New York looks set to brandish the most hard-hitting of love triangles of the whole festival.

On a completely different vein, Croation/Serbian film Shooting Stars looks set to be one of the most outlandish, bizarre and hilarious films of the festival, weaving the story of the Partisans during the second world war who take it upon themselves to write a song so impressive for a national talent show it will take them to a party where the opportunity to kill Hitler will arise. Catch this one in the afternoon, right before the festival’s closing gala where the surreal, heartwarming News From Planet Mars will officially close Raindance 2016.

The 24th Raindance Film Festival will take place in central London from 21 September to 2 October 2016. Tickets for the Film Festival are available now. Click here to buy tickets or view the full schedule.