Freshers’ is nearing ever closer, but there’s still a few weeks left of freedom before the new semester begins. In the meantime, we continue to bring you news of all the latest films, special screenings, and student-friendly deals that Harbour Lights has to offer. This week’s cinematic delights include Captain Fantastic, The Little Mermaid, The Beatles and a FREE student-exclusive screening of Blair Witch!

Matt Ross’ critically acclaimed drama, Captain Fantastic, is this week’s lead film. Starring Viggo Mortensen, the film centres around a family who under tragic circumstances are forced to reintegrate into society after living in self-sufficient isolation for a decade. The film also stars George MacKay, Frank Langella and Kathryn Hahn. Read our ‘One to Watch’ feature on the film here.

Sean Ellis’ historical thriller, Anthropoid is also arriving in cinemas this week. Starring Cillian Murphy and Jamie Dornan, the film is set in 1941 and follows two Czechoslovakian agents as they embark on an ambitious mission to assassinate the Third Reich’s third-in-command, SS General Reinhard Heydrich. Based on a true story, the film also stars Toby Jones and Brian Caspe. 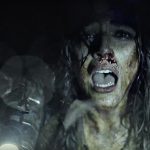 This month’s FREE student-exclusive screening (courtesy of E4 Slackers Club) is Adam Wingard’s found footage psychological horror, Blair Witch. The direct sequel to the renowned 1999 film, The Blair Witch Project, the film  follows a group of college students and their local guides who venture into the Black Hills Forest in Maryland to uncover the mysteries surrounding the disappearance of James Donahue’s sister Heather. For more information on how to get in on this screening, visit the Harbour Lights website.

Pedro Almodovar’s latest film, Julieta, is also still available if you haven’t caught it yet. Based on three short stories from Alice Munro’s book Runaway, the film follows an elderly woman who becomes determined to reconnect with her estranged daughter. As she waits for contact, she recounts the trials and tribulations of her life.

The latest adaptation of Arthur Ransome’s classic children’s novel, Swallows and Amazons, is also still screening. Set in the summer of 1929, the film follows two groups of siblings who, during their adventures become suspicious of their reclusive uncle. Starring Rafe Spall, Kelly McDonald, Andrew Scott and Harry Enfield, Swallows and Amazons will provide a picturesque and quintessentially British experience. 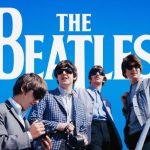 The premiere event of Ron Howard’s new documentary about The Beatles is set to screen at Harbour Lights this Thursday (15th September). The Beatles: Eight Days A Week: The Touring Years paints an intimate portrait of the band, and a behind-the-scenes look at their touring years. Exploring the effect it had on their relationships, as well as their musical evolution, the film features interviews, unheard music and exclusive concert footage from the biggest band of all time. This special screening will also include 30 minutes of footage from the legendary 1965 Shea Stadium performance, presented for the first time in a digitally restored 4k transfer with remastered sound.

The Childhood of a Leader (15)

The Little Mermaid (U)

This week’s Vintage Sunday is yet another Disney classic. Last week we were in the jungle; this time round we’re going ‘under the sea’ with a screening of The Little Mermaid. This colourful musical extravaganza follows an adventurous mermaid who yearns to explore beyond the confines of her Father’s underwater kingdom. When a sea witch grants her wish, she soon discovers that life on land isn’t so easy to navigate.