September is here and as the countdown to Freshers’ begins, we continue to bring you news of all the latest films, special screenings, and student-friendly deals that Harbour Lights has to offer. This week’s cinematic delights include films from Woody Allen, Pedro Almodovar and another vintage Disney classic.

Pedro Almodovar’s latest film, Julieta, is still available to watch after being last week’s lead. Based on three short stories from Alice Munro’s book Runaway, the film follows an elderly woman who becomes determined to reconnect with her estranged daughter. As she waits for contact, she recounts the trials and tribulations of her life.

Todd Solondz’ comedy-drama, Wiener Dog is also still available to watch this week. The film follows a cute little dachshund who forms a central part in the stories of four different people. Slightly offbeat and a little quirky, this Sundance favourite features an ensemble cast including the likes of Danny DeVito, Ellen Burstyn, Julie Delpy, Kieran Culkin and Greta Gerwig.

The latest adaptation of Arthur Ransome’s classic children’s novel, Swallows and Amazons, is also still screening. Set in the summer of 1929, the film follows two groups of siblings who, during their adventures become suspicious of their reclusive uncle. Starring Rafe Spall, Kelly McDonald, Andrew Scott and Harry Enfield, Swallows and Amazons will provide a picturesque and quintessentially British experience. 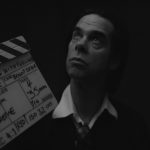 A unique one night only cinema event,  Andrew Dominik’s One More Time With Feeling will be the first ever opportunity anyone will have to hear Skeleton Tree, the sixteenth studio album from Nick Cave & the Bad Seeds. Originally a performance based concept, One More Time With Feeling evolved into something much more significant as Dominik delved into the tragic backdrop of the writing and recording of the album. Filmed in black-and-white and colour, in both 3D and 2D, this exclusive film is available to watch on Thursday (8th September).

A preview screening of Matt Ross’ critically acclaimed drama, Captain Fantastic, will take place at Harbour Lights on Sunday (4th September). Starring Viggo Mortensen, the film centres around a family who under tragic circumstances are forced to reintegrate into society after living in self-sufficient isolation for a decade. The film also stars George MacKay, Frank Langella and Kathryn Hahn. Read our ‘One to Watch’ feature on the film here.

This week’s Discover Tuesday is Ashish Ghadiali’s compelling documentary, The Confession. The film focuses on Moazzam Begg – the controversial British Pakistani who was detained at Bagram and Guantanamo in the early noughties. Built around a candid interview with Begg in which he makes a compelling case for his innocence – explaining his actions and sympathies were born of curiosity and resistance to Western media – the film provides a fascinatingly personal, first-hand insight into over a decade of escalating tensions in the Middle East.

The Jungle Book (U)

This week’s Vintage Sunday is yet another Disney classic! If Jon Favreau’s recent live-action adaptation only left you with the ‘Bare Necessities’, Harbour Lights are screening the 1967 animated version of The Jungle Book this week. Based on Rudyard Kipling’s story of the same name, the film follows a young boy named Mowgli, who is ushered to return to the man village after a menacing tiger threatens his life in the jungle.