Another week of the summer holidays has passed, with another, more exciting one just around the corner. In this feature, we continue to bring you news of all the latest films, special screenings, and student-friendly deals that Harbour Lights has to offer, including this month’s FREE student-exclusive screening, courtesy of E4 Slackers Club.

Pixar’s long-awaited sequel to Finding Nemo is this week’s leading film. Featuring Ellen Degeneres’ lovable but forgetful blue tang – this time in the much-deserved starring role – the film follows Dory and her friends as they embark on an eventful adventure to finally find her family. Also featuring the vocal talents of Ed O’Neill, Albert Brooks, Ty Burrell and Idris Elba, Finding Dory is a film you simply must remember to watch this Summer!

The latest film to come from acclaimed Danish director Thomas Vinterberg is The Commune; a drama about the clash between personal desires and solidarity and tolerance in a Danish commune in the 70’s. If you’re a fan of Vinterberg’s previous work, like The Hunt or Far From The Madding Crowd, this is sure to be a stimulating watch. 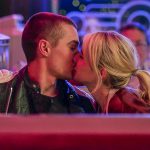 This month’s FREE student-exclusive screening (courtesy of E4 Slackers Club) is Nerve; a techno-crime thriller starring Emma Roberts and Dave Franco. The film revolves around an online objective truth or dare game, which allows people to enlist as “players” or “watchers” as the game intensifies to increasingly dangerous heights. For more information on how to get in on this screening, visit the Harbour Lights website.

The latest instalment of Paul Greengrass’ action thriller franchise is still available to watch this week. Starring Matt Damon as the titular spy, the film is set seven years after The Bourne Ultimatum and sees Bourne resurface – only to find himself in the crosshairs of a new program, designed to hunt him down before he can search for more answers about his past. The film also stars the likes of Alicia Vikander and Tommy Lee Jones.

Similarly, The BFG is still available to watch on the big screen, if you’ve yet to experience it’s charm. Steven Spielberg’s latest fantasy adventure follows a young orphan girl as she is whisked away to a magical realm, where dreams and giants dwell. Based on the much-loved children’s novel of the same name by Roald Dahl, the film stars the likes of Mark Rylance, Ruby Barnhill and Penelope Wilton. 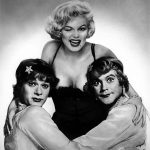 This week’s Vintage Sunday is Billy Wilder’s seminal screwball comedy, Some Like It Hot. Starring the incomparable Marilyn Monroe, this classic film follows two musicians (played by Tony Curtis and Jack Lemmon) who pose as members of an all-female music troupe in order to flee from a group of vicious mobsters. If you’ve never experienced the awe-inspiring star power of Marilyn Monroe on the big screen before, now’s your chance!

This Week’s Discover Tuesday is a documentary examining the recent mayoral campaign of disgraced US congressman, Anthony Weiner. In addition to offering a glimpse of Weiner’s true character, as well as his controversial history, the film also takes a look at the landscape of today’s political climate.

Berlioz’s comic gem, based on Shakespeare’s Much Ado About Nothing, is making its long-awaited Glyndebourne premiere this week – and if you missed out on tickets, you can watch it live on the big screen. Conducted by Robin Ticciati and seen through the unique vision of director Laurent Pelly, the french-sung opera will feature the musical talents of the London Philharmonic Orchestra and the Glyndebourne Chorus.