In the second instalment of our brand new feature, we continue to bring you news of all the latest films, special screenings, and student-friendly deals that Harbour Lights has to offer. If you fancy spending a couple of hours escaping reality in a darkened room (with some pretty comfortable sofas, I might add), here’s what’s showing this week.

The latest instalment of Paul Greengrass’ action thriller franchise is this week’s leading film. Starring Matt Damon as the titular spy, the film is set seven years after The Bourne Ultimatum and sees Bourne resurface – only to find himself in the crosshairs of a new program, designed to hunt him down before he can search for more answers about his past. The film also stars the likes of Alicia Vikander and Tommy Lee Jones. 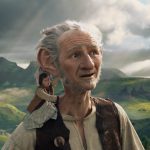 Last week’s chief release, The BFG, is still available to watch on the big screen this week. Steven Spielberg’s latest fantasy adventure follows a young orphan girl as she is whisked away to a magical realm, where dreams and giants dwell. Based on the much-loved children’s novel of the same name by Roald Dahl, the film stars the likes of Mark Rylance, Ruby Barnhill and Penelope Wilton. You can also grab a bag of Frobscottle popcorn at the confections till, if you’re feeling adventurous! 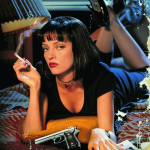 “Zed’s dead, baby.” Quentin Tarantino’s neo-noir classic, Pulp Fiction, is the film of choice for this week’s Vintage Sunday. Featuring an all-star cast including Bruce Willis, John Travolta, Samuel L. Jackson and Uma Thurman, the film has been widely renowned for it’s distinctive dialogue and ironic mix of dark humour and extreme violence. Needless to say, if you’ve never seen it on the big screen, now’s your chance.

This week’s Discover Tuesday is a science fiction art film from the 1970s. Directed by Andrei Tarkovsky, Solaris focuses on a space station orbiting the eponymous fictional planet. When the scientists on board become distracted from their mission and fall into separate emotional crises, a psychologist travels to assess the situation.

Rob Reiner’s much-loved 1987 fantasy adventure, The Princess Bride, is this week’s Kids Club screening. Starring Cary Elwes and Robin Wright, the film tells the story of a farmhand who, accompanied by companions he has met and duelled on the way, seeks to rescue his true love from an odious prince. Heralded as one of the true cult classics of the 1980s, if you’re feeling nostalgic (and have a young family member to go with), this might be the film for you. Or not… “As you wish.”

This one-off sporting special re-tells the incredible story of England’s historic 1966 World Cup win, live from the Wembley Arena on Saturday 30th July. Exactly 50 years since this historic national event, music, fashion and football will combine into one big, spectacular stage show that chronicles the time-honoured match minute by minute.