In our brand new weekly feature, we’ve teamed up with Harbour Lights to bring you news of all the latest films, special screenings, and student-friendly deals that they have to offer.

Located in Ocean Village, Southampton’s Picturehouse branch is the place where you can take advantage of the exclusive student screenings sponsored by E4’s Slackers Club, as well as a number of other special group-focused screenings. If you’re looking for a respite from the current heatwave, here’s what they have showing this week.

Chief among this week’s showings is The BFG: Steven Spielberg’s live-action adaptation of the much-loved children’s novel of the same name by Roald Dahl. Starring Mark Rylance and Ruby Barnhill, this fantasy adventure follows a young orphan girl as she is whisked away to a magical realm, where dreams and giants dwell. 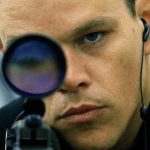 If you’re eager to see the latest instalment of the Bourne franchise before anyone else, the previews for Jason Bourne are screening this week. Starring Matt Damon as the titular spy, the film is set seven years after The Bourne Ultimatum and sees Bourne resurface – only to find himself in the crosshairs of a new program, designed to hunt him down before he can search for more answers about his past.

The Secret Life of Pets (U)

Illumination’s latest animated film, The Secret Life of Pets, is also still available to see on the big screen. In a Toy Story-esque vein, the film seeks to discover what our pets really do when we’re not there. The pets in question are voiced by the likes of Louis C.K., Eric Stonestreet, Kevin Hart, Lake Bell and Jenny Slate.

If you’re not in the mood for mainstream cinema, Rebecca Miller’s independent rom-com/drama, Maggie’s Plan might be the film for you. Starring Greta Gerwig, the film follows a young New Yorker whose meticulous plans unravel into chaos when she falls for a married man.

The Tale of The Princess Kaguya (U) 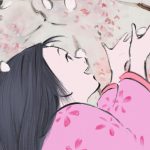 As part of their Studio Ghibli Forever season, the latest anime to re-grace the big screen is The Tale of The Princess Kaguya. This exquisite hand-drawn animation follows the story of a bamboo cutter who discovers a little girl inside a glowing bamboo shoot. The screening will show the film in its original Japanese language, with English subtitles. So, if you’re out looking for rare Pokémon in Ocean Village, why not drop by and experience what else Japanese culture has to offer?

This week’s Discover Tuesday (sponsored by MUBI), is Tom Geens’ tense drama, Couple in a Hole. Starring Paul Higgins and Kate Dickie, the film follows a Scottish couple who find themselves living like savages in the middle of a vast forest in the French Pyrenees.

This week’s Vintage Sunday is a special sing-a-long screening of the 1961 musical classic, West Side Story. Inspired by the Broadway Musical that transported the central tale of Romeo & Juliet to a New York setting, the film stars Richard Beymer and Natalie Wood as the star-crossed lovers, Tony and Maria.