Read more
You are at:Home»Film»A Letter to: Alfred Hitchcock
By David Mitchell-Baker on June 7, 2016 Film

You are the best film director of all time. That is all. 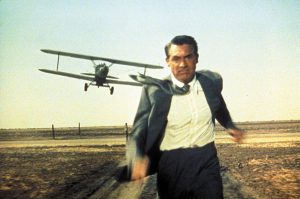 Cary Grant in North By Northwest (image via IMDb).

Many films from the 1940s-60s don’t hold up for a lot of people, but not your films. Your films are still as exciting, tense, intriguing and simply entertaining as they were 60 years ago. Films such as North By Northwest really do live up to claims such as being the most exciting movie ever made; Psycho is a legitimately scary and expertly crafted horror film, and Strangers on a Train may be one of the most underrated films of all time. But above all else Mr Hitchcock – your films are almost a ‘who’s who’ of the greatest films of all time.

What makes you so great nowadays is that these films have been huge trailblazers and cinematic landmarks in the industry. Would the modern day thrillers be as good as they are if you hadn’t written the rule book in the first place? Could the plot twist be as effective a narrative device as it is, had you not weaved twisty-turny narratives into your films so seamlessly? And could the grounded, leading man be as important and successful a role had you not utilised actors such as Cary Grant and James Stewart so well in some of the greatest and most iconic performances of all time?

Undoubtedly my favourite film of yours is still one that I maintain to be one of the best films of all time, which is Rear Window. It’s beautifully shot and edited, tightly paced and directed and the performances of James Stewart, Grace Kelly, Thelma Ritter, and Raymond Burr are outstanding. When I watched it a second time, I realised that there was simply nothing I could fault with the film – it’s perfection. As 10 out of 10 amazing as Psycho and North By Northwest are, there’s just something about Rear Window that puts it a cut above the rest.

As I mentioned before; I believe that Strangers on a Train is an immensely underrated film. I personally find it to be up there with your finest. The acting is terrific and for a film centred on one simple confrontation and the subsequent crime, it remains tense and enthralling throughout. Robert Walker in particular is fantastically terrifying and creepy, similar to Anthony Perkins’ performance as a certain cross-dressing psycho killer. But let’s not forget the agonisingly tense tennis match sequence or the unbelievably horrifying carousel climax. It’s classic Hitchcockian subversion and it works a treat. 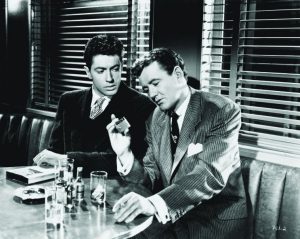 Farley Granger and Robert Walker in Strangers on a Train (image via IMDb).

In the vein of these fantastic sequences, you have also produced a number of other excellent and iconic sequences in your films. There’s the near half hour, speech free tailing scene from Vertigo; the Mount Rushmore showdown in North By Northwest and of course, that famous shower scene.

All in all Alfred, you’re a legend. Simple. Your impact on the film industry has been indelible and incredible and your films are simply the best (better than all the rest).