Read more
You are at:Home»Film»In Criticism of Captain America: Civil War
By James Barker on May 10, 2016 Film

There is no denying the huge feeling of awesome when you leave your first showing of Captain America: Civil War. I mean, Captain America took on Iron Man – we met the incredible Black Panther – and how cool is the new Spider-Man? But be careful not to let the awesome blur your eyes and ignore some pretty gaping holes in Marvel’s newest release.

What is the ‘Civil War’ Really About? 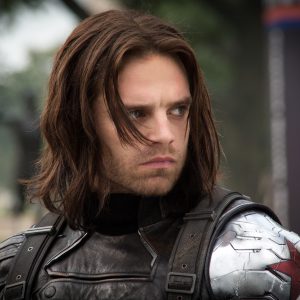 One of the things that drew me to Civil War in the first place is that it’s a complex, relatable, political debate. There are arguments for and against legislating such a powerful group of individuals, especially when they are so volatile. However, the debate over the Superhero Act barely features in why the Avengers find themselves at war – rather that Iron Man (Robert Downey Jr.) and the government are unfairly targeting Bucky Barnes (Sebastian Stan), and Captain America (Chris Evans) is trying to protect him. This feels like a cheap ploy to get the audience to side with Cap and his crew, when in reality, a far more interesting film would see a split in audience opinion. In fact, I think the story would have worked far better without it being branded as a Captain America film, rather just calling it Civil War and exploring how it affected each individual character equally. 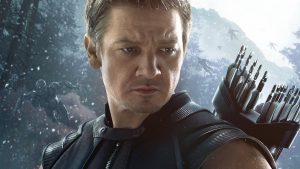 What does Hawkeye (Jeremy Renner) add to the film? He appears, emotionally manipulates Scarlet Witch by reminding her of that time her brother died, and then ends up being just another superhero in the big fight scene. Any depth added to his character in Avengers: Age of Ultron is forgotten as he quickly abandons his family to help his friends fight his other friends. He really is only there to be another selling point to put on the posters. Sharon Carter, aka Agent 13 (Emily VanCamp), is really there just to give Cap a good kiss. Falcon (Anthony Mackie) is nothing more than Cap’s wingman (geddit?).

And where were some of the most important MCU characters? Bruce Banner’s opinion on the Civil War would have been one of the most interesting, as he knows he is a danger that needs to be controlled, but has had very bad experiences with the government in the past. As the leader of the Avengers, Nick Fury surely should be up there, trying to control his team, but he’s not even so much as mentioned.

A recent feature correctly surmised that romantic subplots were the true villains of Marvel films. The Vision’s (Paul Bettany) crush on Scarlet Witch (Elisabeth Olson) is very unconvincing and flat, even quite creepy at points. The whole Peggy Carter dying in London subplot is unnecessary to the overarching film narrative apart from to introduce Sharon as Cap’s new love interest – and, as I said earlier, she really isn’t that interesting anyway. Forget about the romance, unless it’s even mildly convincing or important to the story, and get back to the action at hand!

Captain America: Civil War is a great film, I’m not denying it. But there are so many ways it could have been done better. On a brighter note, this is surely a conflict which will ripple into future Marvel films, and there are still some very interesting debates left to be had. Iron Man: Civil War, anyone?

Captain America: Civil War (2016), directed by Joe and Anthony Russo, is distributed in the UK by Walt Disney Studios. Certificate 12A.