Read more
You are at:Home»Film»One To Watch: Everybody Wants Some!!
By David Mitchell-Baker on April 5, 2016 Film

Sex? Drugs? Rock N’ Roll? The 80s? Comedy? A coming of age story? Why it must be Richard Linklater!

Fresh off the heels of his multi award winning epic critical darling Boyhood, Linklater returns to familiar territory with Everybody Wants Some!! the spiritual successor to Linklater’s beloved 1993 film Dazed and Confused. It tells the story of a group of college freshmen and their various endeavours including playing baseball, getting drunk and partying hard. Where Dazed and Confused sees the characters on their last day of high school in 1976 as they prepare for their futures, Everybody Wants Some!! picks up with a new group of teens as they begin their college lives in the 1980s, it’s as much a continuation of Dazed as it is for Boyhood, which left us with Mason on the cusp of adulthood. 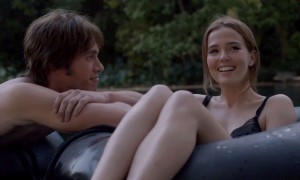 From the trailers it’s clear to see how Everybody Wants Some!! will blend Linklater’s trademark wit and humour (as seen in Linklater’s underrated gem School of Rock) and his excellent character development (see the Before trilogy), but also the touching, heartfelt and intimate quieter moments among all the partying (Boyhood shows just how hard Linklater can tug on the heartstrings).
Featuring a cast of young up and coming actors which includes Zoey Deutch (keen eyed Suite Life on Deck fans will remember her), Wyatt (son of Kurt) Russell and Blake Jenner (rumoured to be among those considered to play young Han Solo), the film promises to act as a launching pad for their careers in a similar way to what Dazed and Confused did for Ben Affleck, Milla Jovovich and, of course, Matthew McConaughey.

But why is it one to watch out for? Well Linklater’s batting average is pretty damn good; Slacker, School of Rock, Me and Orson Welles and Bernie have all earned him significant critical acclaim and Boyhood is one of the most critically well received films of all time. But also, after several premiere screenings and film festivals, most recently SXSW, the film has been received very positively by critics and currently sits at 94% on Rotten Tomatoes, only strengthening Linklater’s excellent recent form. He’s worked with younger actors in the past to great success as well, look no further than Dazed and Confused and School of Rock.

Ultimately however, the film looks set to be one which general audiences will find to be relatable. Linklater’s script always allows for realism among the fun and, on reflection, we find ourselves being able to relate to his characters and recognise the types of people in his films who we ourselves used to know. A nostalgia trip back to the 80s for adults, a glimpse into the lives of our American counterparts for young adults and students and a vision of the future for teenagers, Everybody Wants Some!! will surely be a fun, entertaining but ultimately heartfelt film by one of America’s finest directors.

Everybody Wants Some!! (2016), directed by Richard Linklater, is due to be released by Paramount Pictures on 13th May. Certificate 15.