Read more
You are at:Home»Features»A Wrinkle in Time, Disney films, and the never-ending appeal of wonder
By Rehana Nurmahi on April 10, 2018 Features, Features, Film

Leaving the cinema after watching A Wrinkle in Time, I found myself inspired in a way that felt as refreshing as the sunny day that appears after weeks of rain. Of course, it is a family film, primarily aimed at children, and yet, I felt that I was much more affected by the film than the child I took to see it; I certainly cried more, at least. Although the new Disney film has had its fair share of negative reviews, including the one from our own publication, I was able to look past its various flaws, purely because what the film did achieve was an overwhelming sense of wonder.

Disney has long made it known that their MO is to produce something of the magical in their films. It’s clear to us from the moment that the castle appears in the opening credits, and the stream of light circles over it. This film is no different. Our reviewer pointed out, as have many others, that the film was much too ambitious, including in its CGI and effects – it never quite hits the mark it wants to. And yet, the wonder comes not from its spectacle – though there are certainly elements of that with its dazzling costumes and its large sweeping landscapes – but rather in its themes. It’s about love, and potential, and family, and possibility. It is about something that Disney loves to come back to time and time again: it’s about being more than we are, and seeing the world as being bigger than just what we see around us. There’s something in all of us that yearns for that, and I think it is something that actually, we as adults should continue to yearn for in the cinema we consume. 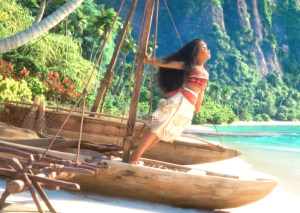 For children, it becomes their norm. They live for the adventures, the sweeping romances, the happily-ever-afters. Yes, there is a caution that must be had, as we don’t want to deceive them into thinking the world is a certain way, which it isn’t, and we also don’t want them to get caught up in idealism and the easy solutions these films present. However, I think that the way in which these films teach children to dream is something we cannot criticise Disney for. The world kind of sucks, and if we are not telling people to look for the opportunities to find something better, what hope are we offering them? It is a classic trope in animated Disney Classics to include the ‘I Want’ song; a song often near the start of the film in which the protagonist expresses their desire to escape the everyday. Examples include ‘How Far I’ll Go’ from Moana, ‘Go the Distance’ from Hercules and ‘Part of Your World’ from The Little Mermaid. For me, these songs always were, and still remain, the ones I feel the strongest connection with. Because, as I said before, I think there is something in all of us that longs for a life beyond our own; for a world beyond our own.

It’s not just Disney either, look at the other family films currently dominating the Box Office: after months in the cinema, The Greatest Showman‘s popularity is still increasing on a daily basis, despite not being a hit with critics. It’s because it produces this sense of wonder; it encourages its viewers to dream, to imagine the possibilities that lie beyond themselves.

This is what I think cinema is about more generally – often films offer us escape, they offer us dreams realised, they offer us worlds outside reason, a moment to explore a story that isn’t our own. That in itself, is what wonder means. 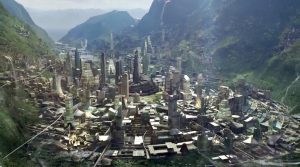 This phenomenon has expanded so much that it is not only a feature of films aimed at younger audiences, reiterating the fact that wonder is a human desire rather than a childlike one. Think of other films that have found recent success. A Wrinkle in Time was unable to top Black Panther at the Box Office, but I think that Black Panther is another film whose themes are rooted in possibility and wonder: its whole narrative is centred around a world that could have been seen and could be imagined if the reality of colonialism in Africa didn’t exist. Wakanda leaves us in visual awe, but also a longing for what could be. 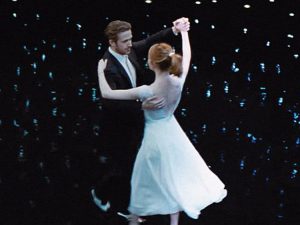 I think as well of La La Land, which left many, including myself, sat in the cinema smiling. Its colourful opening sequence, and its fantastical epilogue again point to wonder: they exist in a world separate from reality, and explore what might have been had life not got in the way.

As I said of Disney, there is an air of caution that must be had when approaching these films; our worldview cannot become rose-tinted and blase to the realities we face. However, all of these films are important lessons to adults as well as children in fully discovering our human capacity for wonder and the ability to dream. We should long to connect with them, and I think that we do, as is reflected in the number of Sci-Fi, fantasy and superhero films that dominate the Box Office time and time again.