Read more
You are at:Home»Records»Features»Allegations and Accusations: What Do They Really Mean for Musicians?
By Daisy Malcolm on April 2, 2018 Features, Features, Records

In the past year there has been an apparent surge in allegations of sexual misconduct against musicians, particularly within the alternative scene. Both victims and the accused face backlash online, with arguments about who to believe and what constitutes evidence causing division among fans. Whenever allegations are brought to light, someone is always quick to point out how everyone needs to be careful because “allegations ruin careers.” But do they? 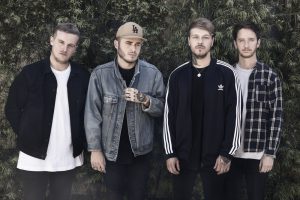 One of the most controversial bands in the alternative scene right now is indie rock band Moose Blood. Last March, Moose Blood parted ways with their drummer after allegations against him, accompanied by screenshots, surfaced online. However, further allegations against the remaining members were not addressed until last month, when they announced that they were taking legal action. Between the time when the allegations first surfaced and February 2018, Moose Blood toured around the world and released their third studio album. Furthermore, despite being involved in a legal case involving sexual misconduct, they are billed to play Slam Dunk Festival this May. This isn’t to say they haven’t lost fans, or that they don’t face backlash. There is even a petition currently circulating to have them removed from the Slam Dunk lineup, but as many people appear to be opposed to this petition as have signed it. 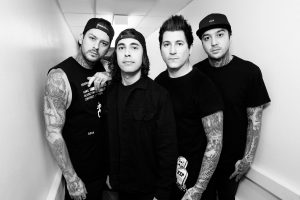 Nothing But Thieves took a different path to Moose Blood, and simply denied the allegations made against them last November. Although they were dropped from an NME show immediately after accusations surfaced, and their support pulled out of their current tour, they completed their remaining shows and are scheduled to perform around the world this year. Contrastingly, With Confidence and Pierce The Veil have made no appearances since allegations were made at the end of 2017, with Pierce The Veil even pulling out of a tour with All Time Low. Both bands parted ways with the accused, although a second member of With Confidence was accused afterwards and he has not left the band, but denied the allegations instead. Both bands promised to come back, so their current silence may well just be them laying low until everything blows over. It remains to be seen whether or not any lasting consequences will affect either band. 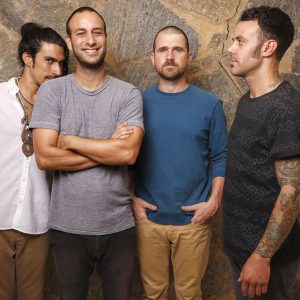 Brand New present a different case. Instead of denying allegations or attempting to make amends, lead singer Jesse Lacey virtually confirmed the accusations within his apology. Despite this, and despite many fans immediately selling their tickets for their upcoming UK performances, many were still disappointed when their shows were cancelled. It is difficult to measure whether or not there will be a lasting impact, as they had already planned and announced that they would be breaking up in 2018. However, it is hard to see how such an iconic band in the alt rock/emo scene could ever truly lose their following and status, and the reaction of many fans at the shows being cancelled proves this.

The success of any musician is dependent on their fans, especially in instances like this; if enough people keep buying the music and tour tickets, who cares what they may or may not have done? The reaction of the public when allegations come to light is important, and opinions are very divided. The phrases ‘witch hunt’ and ‘trial by social media’ are common in these events, as some think it is unfair to decide that the accused is guilty unless a police investigation has uncovered wrongdoing. However, among others there is a genuine feeling of mistrust in the police and their handling of sexual assault, and in some cases the allegations date back so far that there is no tangible evidence.

Moreover, evidence can be presented online in the form of screenshots and pictures that anyone can view, meaning that people feel able to make up their minds about who to believe without a police investigation. In instances where the accuser cannot provide evidence, debates about believing victims versus the concept of innocent until proven guilty become heated. In both cases it is worth noting how much backlash someone can receive when they make allegations, which raises the question why anyone would do it unless they were telling the truth. Whilst it’s true that the accused deserve an opportunity to defend themselves and that word of mouth is not strong evidence, how do we balance this without potentially stifling someone who is speaking the truth but unable to sufficiently prove it? How do we maintain the concept of innocent until proven guilty – a fundamental of democracy – without dismissing allegations and potentially ignoring victims?

Deciding what to do if a band you love has allegations made against them is difficult. It is important to review any and all evidence for yourself, but most importantly, we need to stop putting people on pedestals and elevating them to moral perfection just because they make music that we like or they “seem like such good people”. It is up to you if you choose to believe the musician or the alleged victim, but it is important that anyone who claims to be a victim is taken seriously if we want to put an end to this behaviour. Talking about allegations is no bad thing and should be encouraged if we stop people from abusing their platforms. From the cases discussed here, allegations seem only to rock the boat, not capsize it.

If you have been affected by sexual assault or misconduct, whether by a prominent figure or anyone else, please remember that there are people who want to help you and take you seriously. For more help and resources, you can click here.