Read more
You are at:Home»Film»Features»Realism in Star Wars: Why Rey isn’t a ‘Mary-Sue’
By Charlotte Colombo on December 10, 2017 Features, Features, Film

Sweaty neck-beards can’t let us enjoy anything in life, so from the very conception of the latest Star Wars trilogy, there was criticism left right and centre. I agree, to an extent, that The Force Awakens was a gender-swapped rehash of A New Hope that incredibly overstated the importance of Poe Solo, but I refuse to get behind the incessant whining of ‘loyal fans’ that Rey is a ‘Mary-Sue’.

For those who are lucky enough not to have had this mansplained to you, a ‘Mary-Sue’ is a character, usually female, who is ‘too perfect’ in all areas. She can fight crime, discover a new element, and dance some salsa all while her makeup remains impeccably fleeky. Sure, this trope exists, but I assume that the very reason it’s is frowned upon is because it makes the portrayal of characters unrealistic. The very notion that a character is too ‘unrealistic’ is a criticism because all characters should be relatable, right? Forgive me if I’m being slow but I’m not quite sure how to reconcile that with a movie where one dies of ‘sadness’ whilst the other has three out of four limbs burnt off but is A-okay. 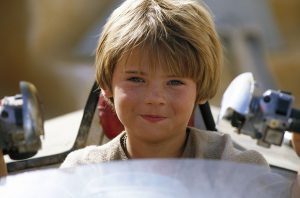 How is Star Wars in any way realistic? For a start, Luke Skywalker shouldn’t be able to go anywhere without a helmet, as the different gaseous atmospheres of the planets would make his head explode. These people battle with giant glowy sticks, Leia’s buns stay intact in zero gravity space, and Chewbacca doesn’t get a medal in A New Hope even though he flipping deserved it! Star Wars inspired a generation because it is a world of endless possibilities, so having an average character like Phil the Accountant wouldn’t make for particularly riveting viewing. A ‘special’ element is necessary if everything around you is also special.

So if being ‘special’ is a necessity to make these kinds of sci-fi movies work, you’d think that six movies into the franchise there has been more than one ‘Mary-Sue’. Let’s look at the beautiful disaster known as the prequels as an example. No matter how smart of a 6-year-old you are, it’s not realistic for a human boy to build a robot, casually enter and win a highly skilled race, and be conceived by some kind of fancy air. By the standards of realism that are applied to ‘Mary-Sues’, it would follow that Anakin fits that same criterion, as most kids his age can barely use a toilet.

But where’s the criticism with that? We know the prequels had plenty of it, but it seemed to be universally accepted that the man behind Darth Vader would be remarkable. He is, after all ‘the chosen one’. It makes sense plot-wise for him to have all these abilities. So what makes Rey any different? She’s the protagonist of the franchise, and the arc of The Force Awakens is that she has abilities and skills that make for a movie hero ‘awakened’ in her. Rey isn’t your usual ‘damsel in distress’ – she can undoubtedly kick most asses in the Star Wars universe, and that should be celebrated, not criticised.

Intrigued? Then maybe you want to listen to a 17-minute commentary on this issue.