The annual Freshers’ Ball is just a few days away! The biggest event in the Freshers’ calendar, this year welcomes the incredible Becky Hill to perform, with DJ Marvin Humes also making an appearance alongside a whole host of other talent. There’s also a Silent Disco, Shisha Garden, Magical Mirrors, a Funfair… the list goes on!

The whole thing has made us oldies (over-twenty, facing dissertation and mental collapse) rather nostalgic. Here are some memories of Freshers’ Balls gone by… 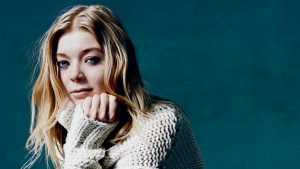 Beware the Hall of Mirrors! Saying that, it’s probably a Uni of Southampton rite of passage to have a few too many bevvs and run around a highly dangerous and confusing funfair attraction. The incredible Becky Hill is returning this year too, with a whole load of new songs under her belt ready to perform.

“When it was my birthday at midnight, I immediately blacked out and apparently challenged people to downing G&T’s. I don’t like Gin.” – Ben McQuigg

Alcohol is a beast. Drink sensibly guys – don’t be so trashed you start challenging your friends to drinking competitions and miss out on actually enjoying the great events on offer! Though who doesn’t like gin? 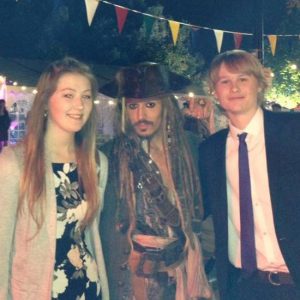 In what was obviously a star-studded year for the Freshers’ Ball, Game of Thrones stars Kristian Nairn (also known as Hodor) and Finn Jones (Loras Tyrell, but also now hitting the big time in Marvel’s Iron Fist) came to DJ the very special “Rave of Thrones”. You couldn’t make it up. Not sure how Eleanor managed to snap a photo most would love to have “accidentally”, though. 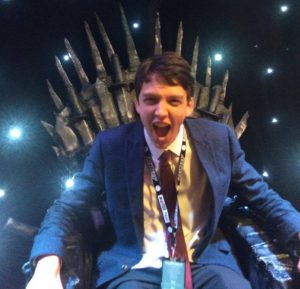 Perhaps I knew I was destined for power from the moment my extremely intoxicated first-year self sat down on the Iron Throne. Bow down, Edgelings. Or maybe use this terrible photo for blackmail purposes.

Freshers’ Ball 2014 (for the really ancient ones)

“A friend got up on the stage and led the Gangnam Style routine. I was THAT year.” – Camilla Cassidy

Ah, we all remember THAT year – after PSY’s dancing took the world by storm, but before Ed Balls destroyed its credibility by performing it on Strictly Come Dancing. What will this year’s ‘thing’ be? Glaring at each other to the sound of Taylor Swift’s revenge tracks? Or maybe we can all shake that one Freshers fling to the sound of Dua Lipa‘s ‘New Rules’? The possibilities are endless.

In the days before she hit the big time, Jess Glynne graced the Freshers’ Ball with bangers including ‘My Love’ and ‘Rather Be’. Who would have known she’d go on to be one of the most successful solo female artists in the UK? Oh, and S Club Two were there as well. Which two? Jo and Bradley, according to your VP Education Sam Dedman. Despite the band’s depressing descent into obscurity, I’m sure the Freshers of 2014 went mad for the nostalgia of it all.

Freshers’ Ball 2017 is this Saturday (7th October) and tickets are still available via the SUSU Box Office. We hope your night is full of memories like these ones!