Read more
You are at:Home»Features»“The old Taylor can’t come to the phone right now… she’s dead.” But did the old Taylor ever really exist?
By Rehana Nurmahi on August 29, 2017 Features, Features, Records

So if you haven’t been living in a hole, you’ll know that the new Taylor Swift single ‘Look What You Made Me Do‘ was released last week, with a full album called Reputation set to drop on 10th November. The new track has caused a lot of waves, with many hating it, whilst others herald Taylor’s ushering in of a new era. One thing is unanimously agreed however: this Taylor Swift is not the Taylor Swift that the world thought they knew. As she says herself in the song, “The old Taylor can’t come to the phone right now. Why? Oh… ‘cos she’s dead.” 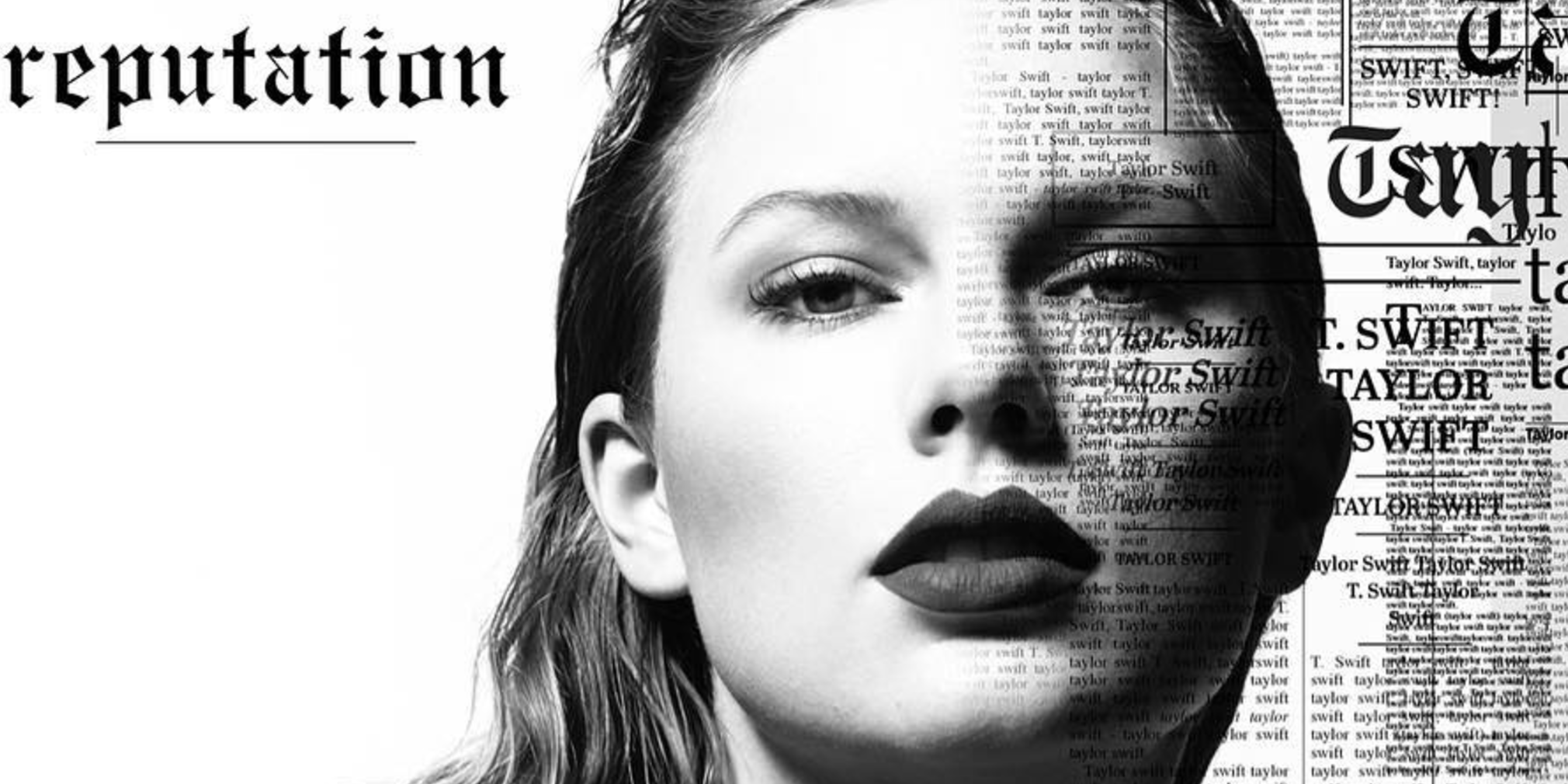 For myself, I have found that I have thought of little else since Taylor dropped the new single. Even in the days leading up to it, with the release of promo videos featuring red-eyed snakes, I had a gut feeling that this new version of Taylor was not just ‘edgy’ but rather something much darker. When I first heard the track, I genuinely felt quite scared. Its lyrics did, and still do, give me a feeling of discomfort, and yes I get that is the intention, but I don’t know if quite in the way it’s affected me. All I could hear were dark, hateful lyrics that were truly malicious. Many have said that the song is just a self-deprecating way of looking at the media’s portrayal of her. I would disagree – ‘Blank Space’ was, but I don’t think ‘Look What You Made Me Do’ is all as tongue-in-cheek as the earlier song. Taylor Swift is cold, calculating, and above all, clever – and this is a deadly combination.

This is where I have been kept in a constant cycle of confusion these last few days. Taylor Swift is a genius woman who knows exactly how to play the media and the public, so how much of this is actually Taylor, and how much of this song is an act? The lines blur further and I’m finding it harder to distinguish. People keep crying for the Old Taylor to return, but if this woman can have this much hate in her heart, I don’t believe that it has come from nowhere; it must have been present in her before. In fact, a lot of what this ‘New Taylor’ represents is existent throughout her old music.

Eight years ago, long before this reinvention happened, she warned us that there was nothing she does ‘Better Than Revenge’. In the bridge of that song, she warns the girl who “stole” her boyfriend that she (Taylor) “always gets the last word” and here she is proving that once again. She will be the one to control the words said about her. The only difference is that in ‘Look What You Made Me Do’, the thing that has been stolen is her “kingdom keys” and not a boyfriend. These are not the only examples of Miss Swift being a woman with a vengeance, in fact, it’s a facet of her personality that has always been present. Think of the many songs that are written as a ‘screw you’ to former boyfriends, but also to the media and to the girls that bullied her at school – she knows how to hold a grudge.

Another thing that New Taylor does which is scarily similar to Old Taylor is her refusal to take some form of responsibility for her actions. Notice that her reinvention and revenge is never painted as her choice, but rather as something that she was forced into by the continual pressure and hate from the media and the public. It’s not “Look what I did”, it’s “Look what you made me do.” The use of this phrase is both incredibly interesting and scary. Notice the language: it’s the kind of thing that an abuser says after they’ve lashed out. This makes you wonder, since Taylor is so intentional about everything she does, what could she possibly mean by using this specific phrase? Is it to represent the abuse she’s received, or is she suggesting that she is painted by the media as an abuser? Or does she just genuinely believe that she has no part to play in the way the world sees her? Just like the revenge theme, this is something that is seen throughout her music. Of course, I understand that when talking of your own personal experiences, you will always see yourself as the hero, and the one that hurt you as the villain. However, in over a decade of music, I can only think of a handful of songs, such as ‘Back to December’ where Taylor actually takes some sort of responsibility for things going wrong in the relationship. That’s strange, because I don’t think it’s possible for nearly all of the relationships in her life ending to be the fault of the other party.

The other thing that people have talked about is the pettiness of it all, but again, her feuds have always been a public affair. Kanye, Kim and Katy Perry are more recent opponents, but even in yesteryear, Joe Jonas, John Mayer, her old manager – they’ve all been subject to her biting rhetoric of “I don’t like you.” Also, her insistence on bringing these things back to the forefront of everyone’s mind, despite the fact that she is apparently oh-so-over them, suggests that she wants people to talk about it – she wants the public to feel the blame for losing the Taylor that they knew and loved. As someone tweeted, there’s something a bit strange about a 27-year-old woman talking about the names in her burn book.

Taylor Swift has always written about her experiences, and she’s always written about them well, but this new era of Swift is something that seems a lot less relatable and relevant. But then again, many have pointed out that even Old Taylor was only relatable to a very specific group: those who are also heterosexual, female, and mainly white. This is highlighted again in the company she keeps: I don’t see many people of colour in her girl squad – the only one that comes to mind is Zendaya, who has very clearly disassociated herself from the group. It also is reflected in her inability to see intersectionality in her feminism, and the ways in which actually, she has shaped discourse about racism to be discourse about her. Both her feud with Kanye and her later dispute with Nicki Minaj were actually the artists trying to point out the systemic racism of the industry. Yes, Kanye went about it entirely wrong, but Nicki didn’t; Taylor was the one who chose to make it about her and about women not supporting each other.

Many of her fans will argue that Taylor is kind and supportive, and this hate is not at all real. But then I think of the examples of her kindness. Visiting sick fans, paying off the student loan for some of them, sending messages of support to those being bullied… But think about it really, yes she is wonderful towards those who support her and are like her, but when there’s nothing in it for her, is there much evidence that she’d do the same?

There is no doubt that Taylor has changed as a person in the 12 years that she’s been in the limelight. Fame and the press can deeply affect a person’s mentality, especially when they started off as young as Taylor. I sympathise with her in that – the media has been sexist towards her, they have treated her unfairly and they have definitely forced her to change in various ways. However, I also think that this whole time, she has been helping to paint a public image of herself through her music and through her marketing, and a lot of what has happened to her has stemmed from her own choices, not ours.

At the end of the new music video, a line of different eras stand in a row as they throw vitriol at each other, using many of the things that have been said by the public. This makes me feel sorry for her, and also makes me assume that actually yes, the New Taylor is an act. However, at the same time, through the whole display she’s put on in the song, actually, I’m more inclined to think that a lot of the things she says about herself may actually be true.

A year ago, I wrote a piece in which I didn’t necessarily defend Taylor’s actions, but I defended her right to make mistakes as a human. In the comments, another writer suggested that actually, the reason that celebrities shouldn’t be idolised is not their humanity, but their lack of it. These people all have an agenda, and they will construct a narrative to suit it. I’m not entirely sure what Taylor Swift’s agenda is, but I know that she has complete and utter power to manipulate the media and the public as she sees fit. We’ll just have to see what Reputation brings.