Depicting war in entertainment is obviously a tricky process. Whereas the whole spectacle of war creates immense action for the screen and inviting drama for the page, writers and producers always have to be careful with paying the right amount of respect to the people who actually fought and died in conflict. As Christopher Nolan’s Dunkirk was released in cinemas only a week ago, it seems appropriate to look at the films, TV series and books that find the right balance between engaging the audience or reader, as well as pay their respects through realism and sensitivity.

War films have become one of cinema’s defining genres. The very nature of depicting conflict on the silver screen can range in scale from two men in a fist fight to clashes between massive armies in grand battles. Directors have been lauded over the years for the ability to engage audiences in a battle through camera techniques, sound, lighting and much more. Nonetheless, the best war films take war for what it really was, not ones that create a stylised, aesthetically pleasing approach.

Such an example would be Steven Spielberg’s 1998 epic Saving Private Ryan, made famous by those astonishing first 20 minutes of the Normandy D-Day landings in 1944. Repeated throughout the film, the genius is in the way soldiers are depicted – not as brave heroes fighting for a righteous cause, but as real people forced into a terrifying situation where their lives are at risk. The emotions seen on every soldier’s face on that beach and the other battle scenes in the film take centre stage, as Spielberg takes away eye-catching set pieces and sophisticated action sequences, relying on shaky-cam and perfect sound mixing to give a sense of what war was really like.

This is essentially what all the best war films look to do: show war at its most horrifying in order for the audience to see how it impacts people. Another film that does this brilliantly is the German 1981 film Das Boot, directed by Wolfgang Petersen, about a German U-Boat and its crew. The film expertly breaks our perception of submarine warfare and the men who fought in it. Instead of being shown an unstoppable and cunning machine as the U-boats are so often thought to be, we see the claustrophobic and terrifying reality the crew faced, as the threat of sinking is present throughout the film. Furthermore, instead of depicting the crew as over-confident, die-hard Nazis loyal to the regime, the film shows terrified sailors who see the faults of their country’s government and motives. The audience is made to feel like they are in the U-boat themselves, experiencing everything that makes war so dreadful. 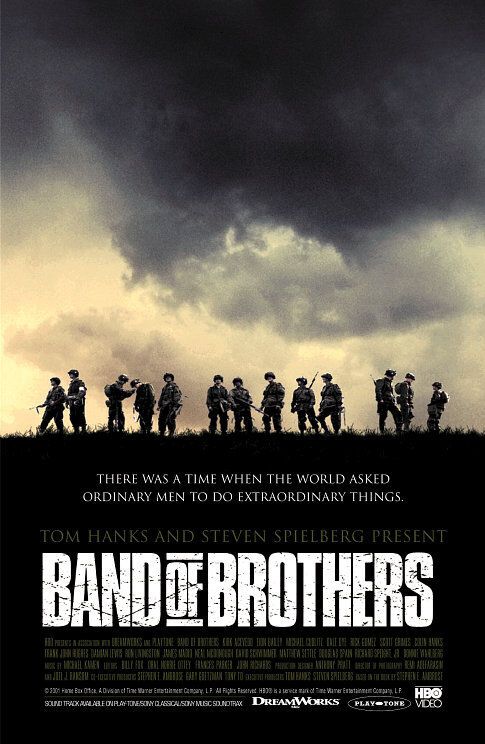 Similarly to war cinema, war television has the opportunity to visually display conflict to audiences. However, the benefit of television is that the narrative is not restricted to two hours, but can last through a whole series of episodes, allowing the audience to engage more with the characters. Therefore, the best war TV series let the audience connect and attach to relatable characters whilst visually depicting a realistic view of warfare on the screen. The perfect example of this was the 2001 Band of Brothers, produced by Steven Spielberg and Tom Hanks, which follows the experiences of an American paratroop company from D-Day to the end of World War II. What this show does so well is that it focuses on several different characters in each of its ten episodes, thereby allowing the audience to experience war from many different perspectives across the company and understand what the war might have been like for these soldiers.

The other advantage of depicting war on television is that it provides a good platform to explore its very complex narrative. Since war is not just one event, but a series of connected events and actions leading to a conclusion, the best war TV series successfully tell the story of a war from start to finish, staying as historically accurate and realistic as possible, and keep the audience engaged throughout, as seen in 2010’s The Pacific. From the same producers as Band of Brothers, The Pacific focuses more on the actual conflict between the US and Japan in WWII, rather than the characters, but each episode tells an individual event that was significant in the fight and manages to provide a cinematic spectacle of each battle on the small screen.

Finally, depicting war through books and literature allows authors unrestricted control over what they can write. Whereas visual representations of war are restricted by budget costs and actual physical capabilities of filming battle and conflict, authors can explore all the different aspects of war and describe the context and very nature of warfare as fully as possible. Thereby, the perfect war book looks at all the important aspects of war, such as the nature of the conflict and the characters impacted by it, and weaves it all together into one compelling and engaging narrative. A book that does this so well is Leo Tolstoy’s epic War and Peace. The book both chronicles the story of Napoleon’s invasion of Russia in 1812 and its impact on five Russian aristocratic families, expertly mixing fiction with historic narrative to fully explore what the war was and how the people fighting it had to adapt to survive.

Dunkirk (2017), directed by Christopher Nolan, is distributed in the UK by Warner Bros.. Certificate 12a. Watch a summary of the greatest war films below.