The announcement of Jodie Whittaker as the 13th Doctor just over a week ago was met with much controversy, as well as with an overwhelming tide of praise for the Doctor Who showrunners, who have taken a step forward in the creation of strong female leads on television. The sci-fi genre has always been deemed as deficient in this particular area, so a female Doctor was welcomed in the fight for equal representation by fans and non-fans alike.

Having more powerful women on TV can’t possibly be seen as a bad thing. However, despite traditionally having a male lead, Doctor Who has never been short of influential female characters. Right from its debut in 1963, when women were still primarily seen as housewives and mothers, the Doctor’s female companions were intelligent, independent women who helped him out of his various scrapes and mishaps and held their own in the galactic adventures.

Actresses so often play the beautiful, simpering, largely irrelevant love interest in opposition to a male main character, but this has never been the case with Doctor Who. Its revival in 2005 gave a whole new generation of girls a selection of female role models with diverse backstories. Rose Tyler taught us that you can be brave, clever and kind no matter where you come from or how well you did in school, whereas Martha Jones punched racism in the face on numerous occasions, saved the world single-handedly, and flattened gender work norms by being both a doctor and a soldier. 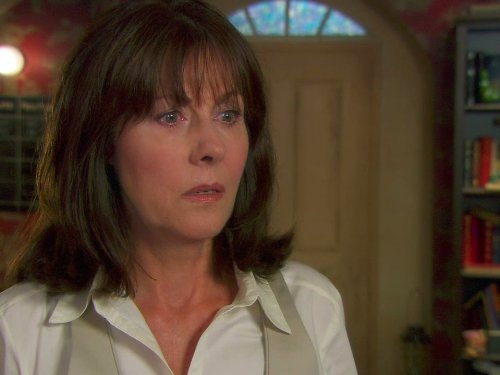 The show hasn’t just provided a host of brilliant female characters, it has also helped to improve the representation of older women on TV, a category which is often woefully lacking. When former companion  Sarah Jane Smith returned to Doctor Who in 2006 as an alien-busting investigative journalist, her popularity garnered her a spin-off show on BBC One and then on CBBC. The Sarah Jane Adventures ran for 4 years, until star Elisabeth Sladen sadly died from cancer in 2011. 54-year-old Alex Kingston also boosted the representation of women of a certain age, with her archaeologist assassin Professor River Song pitching in to save the Doctor, often being more adept than him at flying the TARDIS and getting out of sticky situations.

Doctor Who has been leading up to the introduction of a female Doctor for several years now, especially with the unveiling of Missy in 2014 as the latest incarnation of the Master – the first proof that Time Lords can change gender when they regenerate. Of course, the species from Gallifrey are time travelling aliens who can change their entire biological make-up to avoid death, so why shouldn’t they be able to switch between being male and female?

But is giving a traditionally male role to a female actress the right step to take in the name of gender equality? Doctor Who has given women of all ages a whole host of fantastic role models, and no one can dispute the part it has played in positively representing women on screen. Therefore, perhaps a better way forward would be to create more leading roles for women on TV, particularly in sci-fi programmes, rather than rehashing old roles in series that are already incredibly representative and forward thinking. A range of new leading ladies with their own, unique characters would be a more refreshing approach towards generating gender equality on screen, letting women know that they are worth creating primary characters for.