Read more
You are at:Home»Features»Spider-Man: The Evolution
By Damian Meaden on July 7, 2017 Features, Features, Film

As a global phenomenon, the Spider-Man franchise is arguably the most inconsistent. The character has been a commercial success across several platforms since its humble beginnings in Marvel comic Amazing Fantasy in the early 1960s, spawning video games, its own comic-book franchise, a Broadway musical, and a sequence of movies that’s been re-booted more times than a computer running Windows Vista. 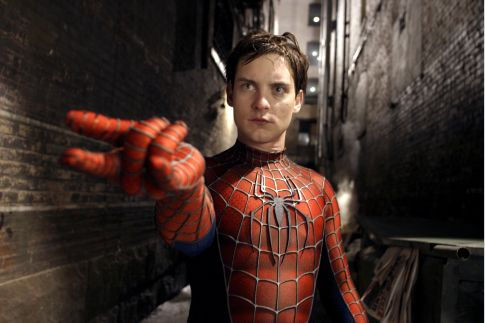 As expected, Spider-Man has undergone several changes across the previous six decades. Peter Parker, at his inception, was revolutionary. He challenged the stereotype that the teenage character in a comic book series should be exclusively relegated to the role of sidekick, thus becoming more relatable to teenage readers.

Failure, one of the comic’s most prevalent themes, was just as revolutionary at the time. As Peter Parker was learning how to balance the weight of responsibility associated with his powers, things could have gone wrong so easily– and they did. Until Gwen Stacy’s death in 2014’s The Amazing Spider-Man 2, this theme was not tackled by the films.

Though Spider-Man is, technically speaking, Marvel’s flagship character, fans of the character’s film series over the last two decades would scarcely have known it, with the character undergoing consistent re-design under the license of Sony. These reboots, motivated by the terms of Sony’s ownership of the ‘Web-slinger’ which dictated a film needed to be in production at all times, have finally found stability in recent years with the superhero returned to Marvel’s governance. Each edition had its positives, but performed poorly from a critical standpoint, scuppering Sony’s plans to spin a wider film universe out of the character.

Largely motivated by the changing nature of the consumer market, Spider-Man these days is probably better recognised by his appearances on the silver screen than on paper. Gone are the days of waiting for a comic book to be published. Instead, all but the most hardcore fans make do with a new film installment every few years. However, it retains the same core values and appeal, the only notable change being the start of more mature themes appearing in the films, such as mortality (again, cry for Gwen).

Tom Holland represents another change for the franchise as the film series aims at portraying a younger Peter Parker. Both his predecessors, Tobey Maguire and Andrew Garfield, have been cast with the intention of portraying a young adult, whereas Holland’s blueprint puts Parker back into his original character – a high-school kid.

It could be argued Spider-Man has taken a direction across its lifespan that is almost untrue to the comic books but, finally back under the tutelage of Marvel, Spider-Man: Homecoming could be the start of something new.

Check out the trailer for Spider-Man: Homecoming, now playing in cinemas, below: