Read more
You are at:Home»Culture»A Eulogy For Steven Moffat’s Doctor Who
By James Barker on July 2, 2017 Culture, Features, Features, Television

It’s probably premature to write a eulogy for Steven Moffat’s era of Doctor Who; like writing a speech for the funeral of a friend who’s on their way out, but not quite there yet. But judging by the showrunner’s own love for telling stories a little back to front, it feels quite fitting to his legacy.

It might not be time for regeneration just yet – Moffat’s last Christmas Special airs the close of 2017, with Chris Chibnall taking over for a series in Autumn 2018 – but with his final series at the helm at an end, we can cast your mind back at the last seven years/six series of the cult sci-fi show and see a closing chapter. And while there are rumours of a bigger change than just a facelift looming, it seems sensible to calm our nerves by reminding ourselves of when the show last changed hands, in 2010. 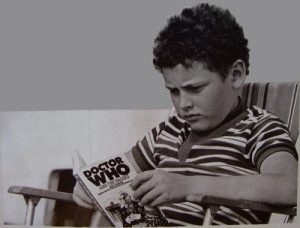 Following on immediately from the hugely successful Russell T Davies as showrunner, Moffat faced an unenviable task: how to mould a hugely successful reworking of a cult show into his own. There were some successes, and some failures, but all in all Moffat should be applauded for even taking on the role in the first place. When Doctor Who exploded back onto our screens after two years without a full series, the stakes were understandably high. The clean slate worked to both Moffat’s advantage and disadvantage, with enough regeneration (quite literally) to spice things up a bit, as well as with the absence of some elements Who fans had come to love. David Tennant in particular was missed as the charismatic Tenth Doctor, but what Moffat delivered in the creation of Doctor no. 11 quickly charmed the hearts of households across the world.

The enchanting fairytale Moffat created in ‘The Eleventh Hour’ will surely go down as one of Doctor Who‘s biggest successes. The crazy spaceman in a burning blue box, falling from the sky into a seven-year-old girl’s garden, only to return twelve years later with the offer to travel the universe together. Both Matt Smith and Karen Gillan were ingenious casting, and both relatively unknown faces are now tearing up the industry, their respective roles in The Crown and Guardians of the Galaxy making quite the splash worldwide. The ‘fish-custard’ loving Eleventh Doctor captured the imaginations of children across the globe, and Series 5 marked a milestone in becoming the first to cross the pond to BBC America.

It’s also the most rounded series of Moffat’ sextet at the helm. Bookmarked with charming fairytales, ‘The Pandorica Opens’ / ‘The Big Bang’ twists folklore and sci-fi into a finale to remember. Mixed in are shining offerings from Richard Curtis (‘Vincent and the Doctor’) and Simon Nye (‘Amy’s Choice’), all fondly observed as some of the best Who episodes in the revived era. Writers at The Edge (well-known lovers of the RTD era) will even admit that his first Christmas special, a timey-wimey tribute to Dickens’ Christmas Carol, is the best around. 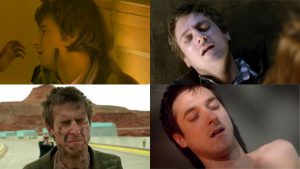 The many deaths of Rory Williams. [Credit: doctorwhotv.com]

It’s moving on from here that Moffat found trouble. His task was again arguably harder than Davies’ as he entered his second series (RTD had David Tennant’s new Doctor to play with after Chris Eccleston’s abrupt departure in 2005), but Series 6 quickly gets a little too timey-wimey for its own good. Though its cinematic style opener will be remembered for the chilling Silence, it also introduced Moffat’s several key flaws. First up: his ‘resurrection complex’. A problem that extended into Sherlock, Moffat’s era is obsessed with killing characters off, only to resurrect them moments later. Seemingly at a loss on how to write new companion Rory (Arthur Darvill), Moffat killed him off – no joke – eight times in two and a half series. Furthermore, the shocking ‘death’ of the Doctor in ‘The Impossible Astronaut’ tied Moffat up in timey-wimey knots, unable to deliver on concluding it all up thirteen episodes later (see the lacklustre finale ‘The Wedding of River Song’). A similar problem presented itself only a series later, with Series 7’s Impossible Girl arc glittering with wasted potential because of its anticlimactic resolution.

Did someone mention River Song? Alex Kingston’s enigmatic Archeology professor suffered hard under Moffat’s reign, despite being the most interesting supporting character since Captain Jack Harkness when she was introduced way back in Series 4’s ‘Silence in the Library’. While the eventual reveal that she is the daughter of companions Amy and Rory was as shocking as we could have hoped for, River feels very hamfisted into the big moment of Series 5–7. None the less, River will be remembered as a staple element of Moffat’s era, appearing in episodes all the way from 2008 to 2016 across three Doctors – a tenure most Who characters can only dream of.

While I have my qualms with Series 6 and 7, no one can deny that Moffat did a stellar job with 2013’s 50th anniversary special. ‘The Day of the Doctor’ brings together the best bits of RTD and Moffat’s revived Who eras by pitching David Tennant and Matt Smith alongside one other, and introduces John Hurt as a retconned incarnation of the Time Lord, ‘the War Doctor’. With the Time War having cast a harrowing shadow over Doctor Who since its return in 2005, Moffat made an ingenious decision in putting it at the centre of the special – and then undoing it all! Without even mentioning Zygons, UNIT and Tom Baker’s cameo, ‘The Day of the Doctor’ is the most fitting of tributes to the longest running science-fiction show on television. Only two months later, ‘The Time of the Doctor’ perfectly balanced the drama of a regeneration and lighthearted Christmassy-ness, delivering Smith the beautiful swansong his Doctor deserved.

Introducing another Doctor was surely Moffat’s biggest challenge since his takeover, but casting Peter Capaldi as an older, angrier Doctor – the sort not seen since William Hartnell in the ’60s – was a stroke of genius. No parallels can be drawn between Matt Smith’s Eleventh Doctor and the Twelfth, giving the show a much needed culture shock as it neared stagnation. However, that’s not to say Capaldi’s opening series was anywhere near as smooth as Smith’s had been. Series 8 is probably the worst set of episodes since the show was cancelled in 1989, filled with tonally confused outings and Capaldi’s performance suffering from bad characterisation. One episode he’s a swashbuckling adventurer with a spoon (‘Robot of Sherwood’), the next he’s a mean and bitter alien tired of saving the world (‘Kill the Moon’). Danny Pink (Samuel Anderson) is an awkward and dull secondary character, and Jenna Coleman quickly grates as companion Clara Oswald when acting in a dynamic she was never meant for. 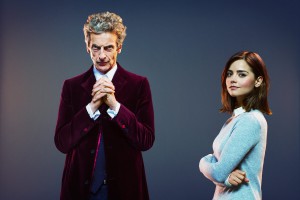 Coleman’s presence in Series 9 is subsequently all the more frustrating. Though she’s made more interesting without the constraints of her boring boyfriend, Capaldi and Coleman are a pairing that stuck around far too long considering they barely clicked in the first place. Her death in ‘Face the Raven’ would have been perfect, a gut punch to remind fans of the stakes at play in the Whoniverse – if Moffat hadn’t given into that dastardly resurrection complex and reversed the whole thing two episodes later.

Of course, there’s plenty of good stuff from the second half of Moffat’s era that I’ve failed to mention. Michelle Gomez as the brilliantly wicked Missy; the Doctor’s gobsmacking war speech from ‘The Zygon Inversion’; River Song’s final goodbye in ‘Husbands of River Song’. But sadly the quality does decrease, which leaves us with the realisation that Steven Moffat’s departure as showrunner is not a bad thing. Shows need regeneration, especially when they’ve been going for 53 years. But forever stubborn, Moffat insisted on giving us one final reminder of his genius before he goes.

If I had to describe Series 10 in one word, it would be warm. Primarily through Pearl Mackie’s tender portrayal of Bill Potts, Peter Capaldi’s Twelfth Doctor has finally found his charm as a kindly grandfather figure to his latest companion. The standalone adventures have been enjoyable for all ages, with ‘The Pilot’, ‘Thin Ice’ and ‘The Eaters of Light’ particularly drawing praise. A subtler yet no less enticing story arc has been established through the return of Missy. Even Matt Lucas has proved us all wrong by being genuinely funny as Nardole. Series 10 might just be the best Doctor Who has offered since Moffat’s very first series, seven years earlier.

Seven years, six series, two (and a half) Doctors, five-ish companions, a whole lot of River Song, and the Whoniverse’s first female Master – Moffat’s time leading the legendary sci-fi show has certainly made its mark. As both a critic and a fan, I salute you, Steven Moffat. We’ve had our differences, but Doctor Who wouldn’t have been the same without you.