Read more
You are at:Home»Features»Whitewashing in Hollywood: Examining the Film Industry’s Diversity Problem
By Sophie Pitman on April 14, 2017 Features

Following soon after  Disney’s inclusion of a gay character in their live-action remake of Beauty and the Beast, it has been revealed that British director Guy Ritchie, is looking to cast Middle Eastern actors in his upcoming remake of the Disney classic Aladdin. 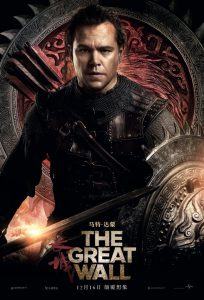 A decision that has been welcomed by many, the news follows a recent flurry of controversies surrounding Hollywood films of late such as The Great Wall and Doctor Strange that have received criticism regarding their insistence on hiring white actors in non-white roles. Meanwhile, a petition from Disney fans has reached over 110,000 signatures in an effort to convince producers of the planned live-action remake of Mulan to cast an Asian lead to play the eponymous heroine.

Whitewashing – the practice of casting white, Caucasian actors in roles originally designed for People of Colour, has been common since the conception of the film industry in the early 20th century, with white actors portraying different races by wearing “blackface” or “yellow face” in order to exaggerate the perceived stereotypes of other races at the time. In D.W Griffith’s 1915 controversial silent epic, The Birth of a Nation, white actors were painted in ‘blackface’ to propagate black men as unintelligent, sexually aggressive predators towards white women. The film’s popularity at the time had a significantly harmful impact on American society, accumulating in wide spread riots across major cities that resulted in a number of racial crimes against black people. 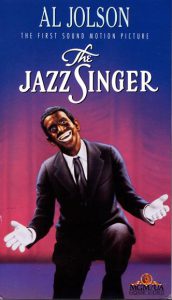 Other notable examples of the use of blackface included Al Jolson’s portrayal in The Jazz Singer (1927) and even as late as 1965, when Laurence Olivier played the titular role in Shakespeare’s Othello. Although ‘blackface’ was still fairly common on the stage, it was beginning to fall out of favour with audiences by the 60s, with the New York Times exclaiming “He plays Othello in blackface! …not the dark-brown stain that even the most daring white actors do not nowadays wish to go beyond.”

While the use of ‘blackface’ may have begun its decline in the 60s, the popularity of yellow face extended well into the second half of the 20th century. The portrayal of Asian stereotypes by white actors, ‘yellow face’ was often used for comedic purposes, epitomised in the character of Mr Yunioshi in Breakfast at Tiffany’s (1965). Hollywood star Mickey Rooney’s depiction of Holly Golightly’s agitated Japanese neighbour is often cited as one of the worst examples of Hollywood’s racism. With taped back eyelids, distinctive buckteeth, yellow make-up and eyeliner and an exaggerated accent, Rooney’s portrayal as Yunioshi reduces the character to a comic “Other”, at the expense of misrepresented Asian culture for Western viewers. The resulting message to audiences is as activist Guy Aoki declares, “Don’t take Asian people seriously.”

While ‘blackface’ and ‘yellow face’ are rare, if not entirely obsolete from our screens nowadays (‘yellow face’ depictions can be seen in films such as I Now Pronounce You Chuck and Larry (2007) and Cloud Atlas (2012)), whitewashing is still a problem in the 21st century. What is often the case in Hollywood today however, is the casting of white actors in roles that are originally designed for POC. 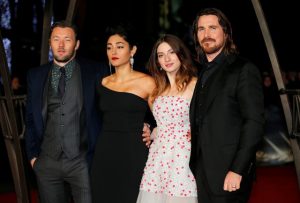 While critics such as Aoki have argued that these stars should not accept roles that are designed for a specific ethnicity, directors such as Scott have defended their casting choices, insisting that without the inclusion of high-profile stars, films such as Exodus would not receive the funding necessary to be made in the first place. The argument for some is that white stars in Hollywood have the potential to draw big box office successes, therefore a producer will cast a white actor in order to maximise the film’s returns.

As a result, despite the growing appeal of actors such as Denzel Washington and Viola Davis and the backlash surrounding #OscarsSoWhite, ethnic minorities are still underrepresented in nearly every area of the industry’s employment arena according to a recent Hollywood diversity report. In 2014, just 12.9% of lead roles in 163 films examined went to minorities, a decrease from 16.7% the previous year. Likewise, minorities directed just 12.9% of these films examined, a further decrease from 17.8% in 2013. 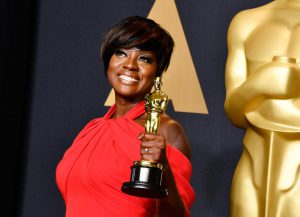 However, due to the increased prevalence of online fan-based petitions demanding for better ethnic representation onscreen, all major Hollywood studios must considering taking a leaf out of Disney’s book and begin to adapt. While the success of actors Mahershala Ali, Viola Davis and director Barry Jenkins at this year’s Academy Awards demonstrates an improvement to minority representation in the industry, more work needs to be done to ensure actors from all ethnic backgrounds can find work. As a recent MPAA report reveals cinema audiences are becoming increasingly more diverse, the argument for casting solely white high-profile stars for profitable returns is becoming more and more obsolete.