Read more
You are at:Home»Features»Stage Vs. Screen – Battle of Futility?
By Holly Hammond on March 14, 2017 Features

Comparing the two distinct worlds of stage and screen is an exercise in futility. Comparisons are loaded with potential pitfalls and problems. Despite the long history of the tradition of the theatre, it’s long been deemed an activity of the higher classes and whilst this has started changing in the last half a century, film has since become the media of choice for most people. However, what can the theatre offer that the screen can’t? Is there truly any difference between the long separated worlds of stage and screen? 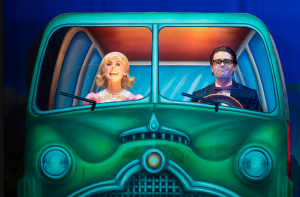 The most obvious difference is the atmosphere of a theatre performance that just can’t be replicated in the cinema. The theatre sees the union of actor, stagehands, audience members and more, all sharing in experiencing a show, either in its creation or viewing. There’s no real cinematic equivalent for this sensation – the closest you might get would be a film premiere or a film festival, but it is undeniably easier to come by when you look to the stage. Some theatre shows even invite audience participation. Richard O’Brian’s Rocky Horror Show is a cult classic that sees audience members participate in the show by dressing up as characters, dancing along to the ‘Time Warp’, and yelling obscenities during the show – it’s all the better if you can put off the actors or narrator! The screen adaptations, both new and old, just can’t compete with this kind of audience involvement and dramatics. It’s impossible to recreate and that’s why the theatre show has such an impressive cult following.

On the same vein as atmosphere is the sense of distance between actors and audience. It contributes to the atmosphere, but it also makes the play feel more current and real when the actors are a matter of feet away from you – rather than on the other side of the globe! There’s a sense of community to the theatre experience as everyone, at the same time, watches a show, and it’s a show that can never be redone in the same way ever again. There’s something special in the fact that everyone in the audience will share that specific experience. This is one of the things that makes a theatre show so special.

By comparison, films can be enjoyed over and over again in the exact same way you watched it the first time. There’s no community feel to the cinema because you can re-live the experience of a showing anytime you want to. The same is not true of the theatre. Perhaps this is why some people view theatre as better; it’s a matter of exclusivity because once that performance is over, it’s gone for good. Only the people who bought a ticket to that one show got to enjoy it. However, everyone and anyone can see a film – they’re completely different ideals.

Some films have sought to reproduce this kind of community atmosphere through framing plays within films and having two levels of performance exist in a single production to reduce the sense of space between actor and audience. Moulin Rouge! is one example of a show within a film and there are others that incorporate the same elements of showing the audience the ‘reality’ behind the camera like High School Musical, Age of Innocence, Burlesque, and many more.

This is the most obvious way that stage and screen vary – the special effects and CGI capabilities of the cinema are unparalleled and, by comparison, theatres have less of an opportunity to show off their visual effects as they are limited by the very audience that experiences the show in live time with them. Consider the incredible visual effects of Marvel’s Doctor Strange: the theatre couldn’t recreate that level of fantasy and intense CGI construction. Of course, this hasn’t stopped some theatre shows from going above and beyond with the visual effects that they can incorporate.

One prominent example would be War Horse which achieved notoriety for the metal horse props used in the production to mimic the great animals that were at the heart of the narrative. In this instance, the potential challenges of visually effects led to a more interesting a dynamic piece for the play. The filmic adaptation of War Horse chose to instead use live animals for the horses as that worked well with the more realistic perspective they chose to adopt. However, as this obviously was not an option for the theatre they were forced to think outside of the box and in the process created something incredible that gave the production character and gravitas that you could say is lacking in the film, or at least, it isn’t present to quite the same extent.

Ultimately, it’s completely unhelpful to attempt to make value judgements about the two very different worlds of stage and screen – undoubtedly there are some obvious differences, you might even have your own personal preferences but largely, each format is special in their own way and they work to tell stories in two very different traditions using the best of the resources available to each of them. Sometimes, the differences and respective challenges of each one will push them to create something extraordinary in an effort to compensate for any apparent ‘shortcomings’ of their medium. So, yes, there are some things that can be done in films that theatres just can’t replicate, but why should they want to when they have so many other incredible options available to them?