Read more
You are at:Home»Features»Does an EGOT mean anything?
By Jack Sheppard on February 25, 2017 Features 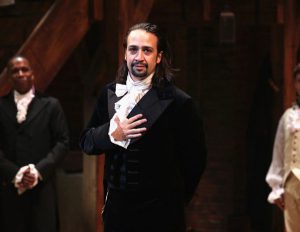 With his nomination for Best Original Song for “How Far I’ll Go” from Moana, Lin-Manuel Miranda may very well join the exclusive club of EGOT winners. An EGOT, for those who don’t know, is a collection of the four most prestigious entertainment awards given in the US; the Emmy, for television; the Grammy, for music; the Oscar, for film; and the Tony, for Broadway Theatre. Only eighteen people have ever got an EGOT, a number that decreases to twelve if you don’t count non-competitive awards, such as lifetime achievement honours. Miranda has already won two Grammys: for In The Heights in 2009, and Hamilton in 2016; three Tony Awards for Hamilton and Heights; and an Emmy in 2014 for the song “Bigger” which he wrote for that year’s Tonys. This means that not only will Miranda become the youngest EGOT winner if he wins at this year’s Oscar, but he’ll also be the quickest to collect all four awards, with just eight years between his first and his last!

However, this all begs the question of whether an EGOT actually means anything. The answer is quite simple: not really. You don’t get an extra award or any monetary prize if you get an EGOT, in fact, you don’t get any special treatment at all. It’s basically just an easier way of saying someone’s won an Emmy, Grammy, Oscar and Tony. Neither does winning an EGOT mean you’re necessarily more talented than your peers. Walt Disney, for example, won 26 Oscars, 7 Emmys, and an honorary Grammy during his lifetime, whilst also co-founding one of the biggest multi-media corporations on the planet, however, his lack of a Tony award stopped him claiming the full EGOT set. Whereas EGOT winning composer Jonathan Tunick, only won one award in each of the EGOT categories during his lifetime. 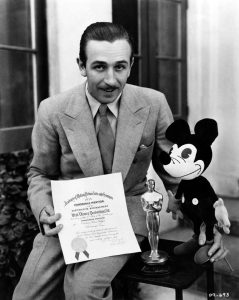 Why, then, are people so obsessed with the EGOT? Well, if nothing else, it does show that you have a wide range of talents, or at the very least, have worked in a range of different mediums. With only twelve members in the EGOT club, the likes of which include Audrey Hepburn, Mel Brooks, and Mike Nicholls, who wouldn’t want to have their name added onto the exclusive list of EGOT winners? For Miranda, especially, winning an Oscar will reinforce his reputation as one of the most multi-talented people working today. As well as the Emmy, Tony, and Grammy, Miranda has also won the Pulitzer Prize for Hamilton (the most prestigious award for written works in the US) and received the MacArthur Fellows’ “Genius Grant”. If the name alone wasn’t impressive enough, the “Genius Grant” is a $625,000 prize given to 30 select individuals each year who have shown “extraordinary originality and dedication in their creative pursuits.” This means, should he win his Oscar this year, Miranda will become the first ever MacPEGOT winner, although I doubt that term will stick!

Unfortunately, however, it seems unlikely that Miranda will win his Oscar this year. With two songs nominated in the Best Original Song category, it seems like critics’ favourite La La Land is most likely to take the award home. However, at age of 37, Miranda has potential to win many more awards in his lifetime. He’s going to star in next year’s Mary Poppins sequel, Mary Poppins Returns, and it’s been confirmed that he will be writing new songs for the upcoming The Little Mermaid live-action remake. Therefore, even though he may not join the EGOT club this year, it seems very likely that he will, eventually, join this exclusive list of extraordinary talent, eventually!