Read more
You are at:Home»Features»The importance of the real in the surreal
By Rehana Nurmahi on February 7, 2017 Features

Of course, much of the appeal of the fantastic comes from the larger than life and altogether surreal worlds they inhabit. However, for myself, I find that a lot of what I love about the surreal, actually comes from the ‘real’ elements of it. It’s an art that I love- the ability to place realistic characters with real human thoughts and feelings and place them within a broader fantasy setting. That reality within the completely imagined… that is where the magic is made. 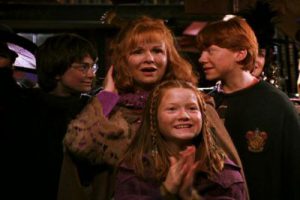 Somebody who I feel masters this is J.K Rowling with her Harry Potter novels. These novels are set in a world similar to our own, but also detached, the Wizarding World bubbling underneath. She creates a host of well-rounded characters, none of which are perfect, and a lot of the struggles she gives them are extremely human, and not exclusive to this fantasy world. For example, the Weasleys struggle with trying to provide for their seven children, and often have to pass hand-me-downs to their youngest son Ron. Ron finds this hard, especially when he is next to his friend Harry, who has a lot of inherited wealth. Ron doesn’t like to receive any money or gifts from Harry as he feels as if its charity, and it says a lot about his character. It’s no secret that when Rowling initially began to pen these novels, she was living off benefits, and that probably inspired this fictional family’s situation. By bringing her reality to the novel though, she provides something that real people can empathise with, something that some people may see in their own life that creates a greater appreciation and respect for these characters. As well as this, although it is placed in the context of the Wizarding World’s blood heritage prejudices, what Hermione (and other characters) suffer when they are called ‘Mudbloods’ is racial abuse. It’s hate, and as we read it in these children’s books, it makes us more aware of the hate we see in the world and much more willing to stand up against it. In fact, a study in recent years found that children who have read the Potter books tend to be more tolerant, and invest more in human rights activism.

As well as this, you see a hero who didn’t necessarily choose to be hero, and at times, his quest is a burden. In Order of the Phoenix, Harry screams at Dumbledore “I WANT IT TO END! I DON’T CARE ANYMORE,” and suddenly you are reminded that the protagonist is a mere 15-year-old boy, and he has seen and lost so much. It is so human and genuine that he is hurting and he is doubting whether there is a point to all of this, and it makes this one of the most poignant scenes in the whole series. This is seen in other fantasy protagonists too, including Frodo from Lord of the Rings. He goes as far as to say “I wish the ring had never come to me. I wish this had never happened.” Again, it’s a reminder that to be a hero, you don’t need to be perfect, there’s doubt and difficulty and responsibility that can be both a help and a hindrance.

Also, as much as we hate unnecessary romances in the media (looking at you, Marvel. You know which one I mean), through the inclusion of these kinds of relationships, again you are emphasising real human emotions and dynamics between people. This is also seen in the friendships in fantasies, those life-long pairings of people who would sacrifice everything for each other:  Frodo and Samwise, Merlin and Arthur, Elsa and Anna… Returning to Harry Potter, the romances serve as an important reminder that these characters are experiencing youth and growing up in the same way we are. We see ourselves in them, as well as it being a welcome distraction from the impending doom. 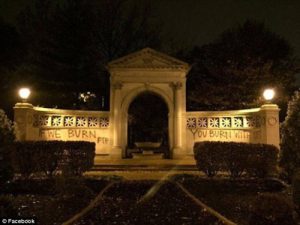 It’s not just the authenticity of characters that enhances realness though, authenticity of themes is also brilliant. Look at how politically relevant novels like The Hunger Games have become in recent years. There’s a reason that the popular genre of YA Dystopia is so popular, and continues to expand each and every day. Although we don’t see the extremes in the everyday, it can be read as a warning sign of what’s to come if society is not careful. The screams of the characters have become battle cries for an uprising generation.

As much as we hunger for these heroic quests and big feats of bravery; those aren’t what we connect with. That comes from the little moments where we recognise ourselves. It’s Katniss holding her sister close when she’s not sure what’s going to happen next. It’s Frodo teasing Sam about Rosie when they sit having a drink and Merry and Pippin setting off fireworks they’re not supposed to. It’s Ron worrying about not passing his O.W.L.s and Harry being annoyed when he’s not made a prefect. It’s Percy Jackson struggling with dyslexia. It’s any and every moment where the protagonist has no idea why they’re in the situation they are in, and are doing their best just to make the most of what they’ve been given.

Ultimately, fantasy does exist as a means of escapism. However, the real within the surreal is just as important. Not only does it connect us with our humanity, but it shows the extent to which thoughts, feelings, and themes such as the ones mentioned, are as universal as they come.