When I was 10 years old, one of my heroes was Priyanka Chopra. She was badass, she was strong, and she seemed to be an actress who was pretty down-to-earth. If I was to have expressed my love for her amongst friends when I was younger, chances are, nobody would know who she was.

And yet somehow, this week she took home her second People’s Choice Award for her role in Quantico. I mean now, a decade later, I admit that she’s not the best actress in the world, but to see the Western world suddenly love someone that I have admired for half my life is a really strange sensation. 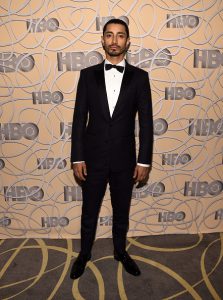 The same can be said for Riz Ahmed, whose recent turn as Bodhi Rook in Rogue One has seen him become beloved all over the world. The internet is suddenly going mad for this intelligent, charming and brilliant British-Pakistani man, with fans going as far as to say that he was robbed of the Golden Globe for his role in The Night Of. Of course, his international fame has been steadily increasing over the last few years, with roles in films such as Nightcrawler gaining him attention. However, again, like the case with Chopra, Riz is someone who has been on my radar for a long time. My Dad would play Riz MC music in the house ever since it was first released, meaning that I feel that I have grown up with him being an artistic influence.

This weekend, Aziz Ansari, of Parks and Rec and Master of None fame, will host Saturday Night Live. This makes him the first host in the show’s 42 year history to be of South Asian descent. To me, as a South Asian, this statistic seems ridiculous. However, although it seems surprising, it also doesn’t surprise me at all.

In these last few years, there has been a lot of talk in and around the industry in regards to diversity. With #OscarsSoWhite storming the media headlines last year, and the Tonys and Emmys having record numbers of Black nominees this year; it is a topic that is increasingly relevant. It does seem though, from my perspective, that although there has been a lot of a push for diversity, opportunities for South Asian actors are still somewhat limited compared to other minorities. That’s not to undervalue or degrade the struggles of any minority in the film industry, it’s just to say that when I see people who look like me on television, they are usually running a corner shop or driving a taxi. 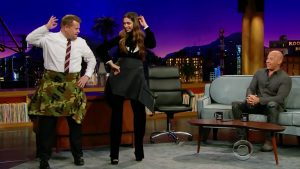 Ansari himself drew attention to this in the fourth episode of his show, Master of None, entitled ‘Indians on TV’. In the episode, his character Dev, finds out that he might not get a part on a TV show because he’s Indian and another Indian actor has auditioned. According to the producers, “You can’t have more than one.” When people watched this, it seems racist, but when you actually think about it, how much of the mainstream Hollywood media that we see has South Asians being represented? And when they are being represented, they are squashed into stereotypes. Key example: Raj from Big Bang Theory.

Shows like Master of None though are showing that there’s a distinct change in the air, and that’s really exciting. Everyone knows how exciting it is to have people in films and shows that reflect the person they see in the mirror every day. I see, know, and am one of a widening group of Asians who do all sorts of different subjects, and have different interests, and therefore can’t be pushed into the box that the media so often shoves us into. 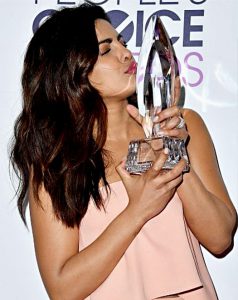 There’s still a lot of change that needs to happen, even with these actors who are doing so well, like Priyanka Chopra. She asked specifically for her role on Quantico to not have an ‘Indian name’, thus why her character has the very Western name of Alex Parrish. She asked because it’s still seen as not as relatable or interesting to have a main character whose name sounds foreign, which makes no sense to me.

However, it definitely feels like the time for South Asian actors and celebs to be loved is coming. Deepika Padukone, one of Bollywood’s most beloved contemporary actresses has been on Ellen Degeneres and James Corden’s shows in the last week. The current Eliza Schuyler in the Chicago production of Hamilton is played by a woman who is half Bangladeshi. Priyanka Chopra is in freaking Baywatch. For the first time in my life, I feel that the world around me is loving and fangirling over these people I have loved since day one.

That’s important, because actually, it helps me to feel more comfortable in my own skin. It reminds me that South Asians do exist in the industry, and we are just as capable of making waves as other ethnic groups. That gives me hope for my own future, but also for the future of the media.

So yeah, seeing South Asian actors succeed excites me. It excites me because it’s progress, and in whatever form that takes; progress is always exciting.