Read more
You are at:Home»Features»A history of strenuous movie roles
By David Mitchell-Baker on January 15, 2017 Features

First things first, rest in peace Debbie Reynolds; an enigmatic and beautiful star, you will be remembered in a deservedly high regard. Reynolds’ most famous role is, of course, Singin’ in the Rain, and rightfully so- it’s an entertaining, gorgeous and refreshing film and one of the all time greats, but a film that must have pushed its cast to their limits. Singing? Check. Dancing? Check. Numerous rehearsals and takes of said singing and dancing, often multiple times in one day? Of course, so it would be understandably tough on a cast, almost as tough as childbirth, according to Reynolds.

But for all the flack they get, actors and actresses often throw a lot behind their performances and commit big time to their roles. And these can take a significant toll on them, so how far will an artist go for the sake of their art? Let’s have a look…

“She was like a feather”, Clint Eastwood on Hillary Swank prior to filming his multiple Academy Award winning boxing film Million Dollar Baby.

Swank’s acting capabilities were never in doubt prior to her taking on the role of Maggie but she did not seem to physically fit the role of the tough as nails fighter. However Swank trained extensively for the role, gaining 19 pounds of muscle and training five hours a day. She contracted a potentially life-threatening Staphylococcus infection but didn’t tell Eastwood because she thought it would be out of character for Maggie… Oh the things an actor will do for an Oscar…

Christian Bale in The Machinist to Batman Begins 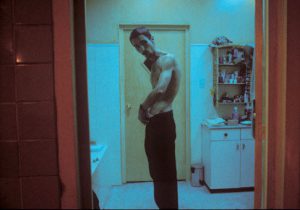 Now this one is rather startling. Christian Bale is usually a tall drink of water (no homo), but in order to play the role of Trevor Reznik in The Machinist, he lost 62 pounds (or 28 kg). Living on a diet of only water, an apple and a cup of coffee, Bale was one seriously committed individual, so much so that he really doesn’t seem to be the same person after his transformation. What’s even more incredible is that Bale left himself only 6 months to get into shape for freakin’ Batman of all characters in Batman Begins. AND HE BLOODY DID IT!!! How did he do it? Why by lifting weights and binge eating pizza and ice cream of course! #goals. Credit to Bale though: from Batman Begins, Bale helped to turn Christopher Nolan’s Dark Knight trilogy into a billion dollar franchise.

Adrien Brody in The Pianist

At 29 years of age, Adrien Brody became the youngest actor in history to win the Best Actor award for his role in The Pianist. And what lengths he went through to win it. To play the role of a Holocaust survivor, Brody had to understand exactly what such a person would feel in order to successfully convey the role. In order to do so, Brody committed himself entirely; he gave up his phone, his apartment, his car and even broke up with his long time girlfriend, all in order to convey the sadness and despair of such a character. To totally decimate yourself like that all in order to perfect your art requires serious dedication and belief in yourself for the role, and Brody had this in spades.

And on March 23rd 2003, Adrien Brody walked into the Kodak Theatre in Hollywood as one of five actors nominated for the Best Actor award at the 75th Academy Awards. His competition? Well… Michael Caine, The Rage Cage, Jack Nicholson gunning for his 3rd Best Actor statue, and freakin’ Daniel Day-Lewis!

The looks of joy and admiration on the faces of his contemporaries as his name is read out and he hits the stage is truly a joy to see.

Perhaps the definition of a transformation, Dustin Hoffman’s signature role as Raymond Babbit in Rain Man is an astonishing performance.

Hoffman plays an autistic savant and completely loses himself in the role. In order to prepare for the role, Hoffman befriended a number of autistic people and took them bowling and to fast food restaurants. He spent two years preparing for the role. Hoffman developed a particular way of talking, walking and moving, all to convey Raymond as accurately as possible, something that he undoubtedly achieves.

Of course the man won the Oscar. 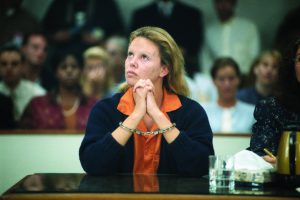 There’s a running theme here, isn’t there? Oscars, Oscars, Oscars, Oscars! Charlize Theron is no exception. In what is yet another truly transformative performance, Theron played Aileen Wuornos, a Daytona Beach prostitute who became a serial killer. Not only was this a psychologically challenging role for Theron -Wuornos had antisocial personality disorder and borderline personality disorder – but it also required a physical transformation; she gained 14 kg for the role and wore prosthetic teeth.

Critics fell at Theron’s feet with praise, heralding the performance as one of the best in the history of film.

Another (you guessed it) Oscar winner, De Niro’s triumphant Best Actor win came for Raging Bull, a role which required weight gain (of course), extensive training from De Niro, including training with the real life Jake LaMotta, and entering three actual boxing matches, of which he won two. For Taxi Driver, De Niro worked 15 hour days for a month as an actual taxi driver, studied mental illness and (this is just getting ridiculous now) lost 35 pounds. To prepare for Cape Fear, he studied sexual assault crimes, paid $5,000 for his teeth to look suitably bad and had to counter his regular body size by adding on muscle. But it is one of De Niro’s often overlooked and sometimes forgotten role in The Deer Hunter which I want to highlight here as well, a role which De Niro himself claimed to be his most physically exhausting. He was slapped for real in the famous roulette scene, performed his own stunt of a 30 foot river drop (with 15 takes in one day), shot a roulette scene with a live cartridge in the gun, filmed in a bamboo river cage with live rats and mosquitoes, and even had Christopher Walken spit in his face.

De Niro’s commitment to his work is truly phenomenal and he’s an actor who has rightly been honoured and praised accordingly.