Fact: Star Wars is the most successful film franchise of all time. 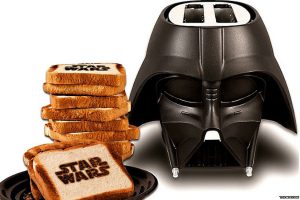 Yes, that is a Star Wars toaster… (image courtesy of toywiz.com).

Going all the way back to 1977 and the release of what has come to be known as A New Hope, George Lucas’ masterpiece has long been the bench mark for imagination, wonder and quality in the blockbuster industry. 2015’s enormously anticipated and equally as successful franchise revival The Force Awakens, directed by J.J. Abrams, returned the series to its roots after some deviations in George Lucas’ formula in the late 90s-early 2000s with The Phantom Menace, Attack of the Clones and The Revenge of the Sith, and this December we return once again to a galaxy far, far away with Rogue One, the first spin-off film of the franchise.

But given all of its achievements and fame, what is it that makes Star Wars so phenomenally popular and successful? Looking at the characters, themes and story lines, isn’t Star Wars just massively simplistic and generic? Why and how has it attained all of this success when a slew of other sci-fi, fantasy and adventure movies have fallen by the way side? At the end of the day, isn’t Star Wars just conventional cinema?

Lets delve into this and analyse it a little closer… 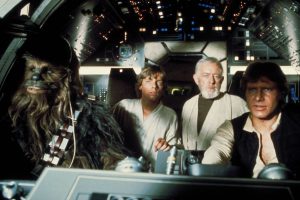 4 of the most iconic movie characters of all time, all in one film (image courtesy of LucasFilm.Ltd).

First things first, arguably the strongest part of Star Wars at its peak; the story. The Star Wars trilogy executes the conventional equilibrium-problem-resolution narrative to perfection. Yes, it’s generic, but the way Star Wars deploys this is with such confidence, fun and sprawling imagination. In A New Hope, we see Luke Skywalker go from everyday farm hand life into a rescue mission for the Rebellion to retrieve Princess Leia from the hands of Darth Vader and the Empire. Joining Luke on his quest is Obi-Wan Kenobi, an old and reclusive Jedi master, the Skywalker’s droids R2-D2 and C3PO, a certain scruffy looking nerf herder by the name of Han Solo, and Chewbacca, the walking carpet. Empire Strikes Back took our heroes and put several roadblocks in their way in the form of Boba Fett, Cloud City Bespin and Darth Vader himself, who dropped the mother of all plot twists with that famous line. With the heroes fractured and broken, all hope seemed lost as Empire came to a close and we embarked on (what we thought was) the final chapter, Return of the Jedi. Come the end of the film, our heroes had been reunited, the Rebellion had overcome the Empire and Luke had fulfilled his destiny in bringing balance to the force. A New Hope: equilibrium, Empire Strikes Back: problem, Return of the Jedi: resolution. The original trilogy tells a to-the-point narrative which perfectly comes full circle. It may be rather simplistic, but it has worked a treat for millions of fans the world over.

Part of the reason why the prequel trilogy has received criticism is that it failed to stick to this classic story formula; it focused less on the adventure and endearing characters of the original trilogy and too much on politics and awkward love stories. This is also just one of the reasons that the over the top criticism of The Force Awakens frustrates me; it utilized a similar story pattern to A New Hope after the series diverted from it with the prequels, so fans complained about it. Logic is a beautiful thing that is lost on so many people.

The good old fashioned Star Wars story formula is what has brought the series a tonne of success in part, but a number of other films have utilized similar formulas, so why has Star Wars been the most successful? In this case, it might just be the characters which give Star Wars the edge. 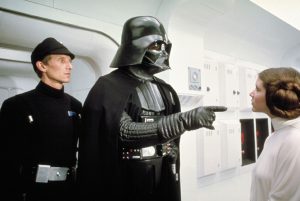 Darth Vader has become one of the most iconic and recognizable film characters of all time (image courtesy of Lucasfilm Ltd.)

The franchise is essentially a high fantasy story in premise, but set in space with the characters to match it. You have the hero, Luke Skywalker, the chosen one who must save the princess and the galaxy; The princess herself, Leia; the smooth talking scoundrel, Han Solo; the muscle, Chewbacca; the mentor, Obi-Wan; the big bad villain around, Darth Vader; and the comic relief sidekicks, R2-D2 and C3PO. All of these characters are written to near perfection and truly make an already great story even greater. Again the prequel contrast is huge; the likes of Anakin Skywalker, Padme, Qui-Gon Jin and Darth Maul were all underwritten and came across as bland. Maul had potential but he could never be Vader. As good as Liam Neeson is, his Qui-Gon Jin couldn’t hold a candle to Alec Guinness’ Obi-Wan. The writing wasn’t there and the performances couldn’t match up either. It was a frustrating blend of factors that let these prequel characters down.

But doesn’t every movie have a hero, a villain and some sidekicks? Isn’t Star Wars still just generic?! The most important thing to note about why and how Star Wars has been so successful is its originality… 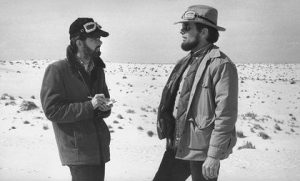 George Lucas on set back in 1977 (image courtesy of John Jay).

Now, now, before you unload in the comments or on Twitter, let me explain. Can you really think of an epic sci-fi/fantasy adventure franchise on the scale of Star Wars from before its release? Tough to think of anything, isn’t it? Star Wars was, is and shall forever be, unique. A cinematic trailblazer and juggernaut of innovation and spectacle, Star Wars is in a class of its own. No one has ever taken a western, added a little fantasy and then stuck it in a galaxy far, far away as George Lucas did in 1977. The character designs are an eclectic range of bizarre and stylish, the production design is phenomenal and the spectacle is mid-blowing. Star Wars is entertainment at its finest and has thus managed to captivate the hearts of fans the world over.

So yes, the story might be pretty standard, and the characters might be regular archetypes, but Star Wars is far from conventional.