As the weather gets colder, and students finally give in and turn up the heating, it becomes the perfect season for certain types of movies. Those films that warm your soul, and bring back many memories of Christmases by the fire. This week’s Closer To The Edge: it’s time to get festive, and share our favourite films to watch at this time of the year. 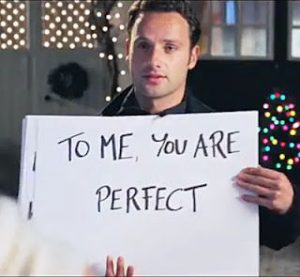 Christmas for me, would not be complete without watching Love Actually several more times than absolutely necessary. Aside from the fact that I’m in love with almost all of the star-studded ensemble cast (read: Liam Neeson, Hugh Grant, Chiwetel Ejiofor and Andrew Lincoln), Love Actually will always be on my Christmas watchlist at least once, simply because all the equally heartbreaking connecting stories are resolved through the magic of Christmas, which is as utterly implausible as it is adorable. Featuring such iconic scenes as *that* Prime Minister dance, the soul-shattering ‘To Me, You Are Perfect’ flashcards and the hilarious gift-wrap debacle courtesy of Rowan Atkinson and the late, great Alan Rickman, it’s a film that I literally cannot stop watching if it’s on TV during the run-up to Christmas (which it always is). Quoting from it during the Christmas period gives me great joy, confusing my nearest and dearest with such incomparable lines as “Eight is a lot of legs, David!”, irrelevant trivia about Hugh Grant and Thomas Brodie-Sangster being second cousins, and loud blasting of Girls Aloud’s ‘Jump’ at all hours of the day. Am I slightly over-hyping it? Of course not. 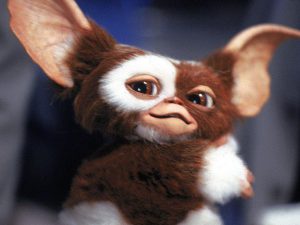 What better way to get into the Christmas cheer than to watch ravenous, furry, and exceptionally cute creatures destroy society as we know it? No, I’m not talking about the inevitable uprising of the cat species; but Gremlins – the ultimate Christmas film for anyone that cringes at the notion of an ‘ultimate Christmas film’.

A Spielberg comedy-horror, the film follows a young boy and his pet mogwai as it transforms from his furry friend into a scaly pint-sized demon; wreaking havoc on a sleepy American town in the process. A cult favourite for it’s deviation from the convoluted idea of Christmas, Gremlins will have you both laughing and cringing at its black humour and violence. It’s fun, ridiculous, and will spark uncomfortable memories of just how terrifying furbies are (just in case you’d forgotten). A definite watch for those after a bit of alternative winter amusement come this holiday season to break through the never ending Bublé and It’s A Wonderful Life reruns.

Undoubtedly a Christmas staple, The Muppet Christmas Carol is one film that no one should go without watching during the holiday season. I personally watch it almost every year without fail as it always leaves me in a Christmas-y mood. It has everything you could want from a family Christmas favourite: cheesy songs you’ll love to sing-along to (‘Marley and Marley’, anyone?), funny one-liners (“Light the lamp, not the rat!”), and a heart-warming reminder to appreciate those you hold dear and embrace the magic of Christmas. After all, there’s a reason its constantly leads lists of top winter movies!

It’s a winning combination with all of your favourite childhood characters, like Gonzo, Kermit, Miss Piggy, Fozzie Bear, Rizzo the Rat and the Swedish Chef. This Muppet adaptation of Charles Dickens’ A Christmas Carol will leave you singing about a man so universally hated that “even the vegetables don’t like him”, the one and only Ebenezer Scrooge (Michael Caine).

A rough among the diamonds, Bad Santa is a despicable and devious winter delight. 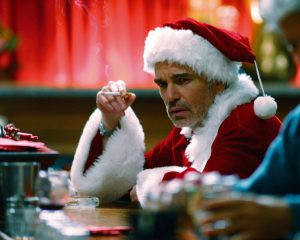 Perhaps one of the most criminally underrated and overlooked comedies of the 2000s, this dark comedy doesn’t seek to break new comedic ground but where it does succeed is in being riotously hilarious. What’s it all about? Well the film’s title tells you all you need to know; Billy Bob Thornton’s Willie is a shopping mall Santa, but he’s bad, he’s oh so bad (Alcoholic, Foul Mouthed, Sexy Santa may be more accurate, but it doesn’t quite have the same ring to it). Among all the crudeness and dark humour (the word ‘Fuck’ and its variables are used 159 times in the film), there’s a surprising amount of heart to the film, mainly thanks to Brett Kelly’s Thurman Merman, an overweight, naive and gullible kid who thinks Willie to be the real Santa. Their relationship is equal parts humorous and touching, Thurman Merman is the comedic trump card of the film.

P.S. Look out for a surprising before-they-were-famous Octavia Spencer role. 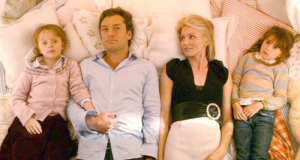 The Holiday may not, to most people, seem an obvious choice for a Christmas classic. Many overlook it as simply a cheesy rom com and whilst that is, to some degree an accurate label, I still watch it every year without fail. It follows the story of Iris and Amanda, played by Kate Winslet and Cameron Diaz respectively, who do a house swap for the festive season. The movie begins with heartbreak for both women and whilst it primarily focuses on romance, moving on is another central theme. In particular, the character evolution of Iris from spinelessness to self-confidence, after a painful bout of unrequited love, is touching to watch and every time I watch her story unfold, I find myself moving between tears and fist-pumping . This,  combined with the endearing and humorous antics of the women, creates a really endearing viewing experience defined by the audience’s connection to the characters.  Ultimately this is an uncomplicated film, and that is the root of its charm. Just like Christmas itself, The Holiday embraces its cheesiness, allowing the viewing experience to be a guiltless pleasure.

Jingle All The Way

Long before the likes of Iron Man, Ant Man and Spider-Man made their way into the mainstream, there was another man, who featured in a 90s Christmas comedy romp, who rocked our worlds. That man, was Turbo Man. Starring the ever-great and wonderful Arnold Schwarzenegger at his comic peak, the film follows a pair of quarrelling fathers who are each trying to track down the elusive Turbo Man toy for their sons on Christmas Eve. Hilarity ensues as Arnie and Sinbad desperately try to one-up each other in order to get the one doll that’s left in New York. It’s a very cheesy family film, but its still great to watch – especially for the scene between Arnie and Phil Hartman’s slimy character Ted in which Schwarzenegger shouts the immortal words: “PUT THE COOKIE DOWN”

Singing in the Rain

One thing you will always find when flicking through the Radio Times Christmas issue, is a host of musicals that play on TV during Christmas week. Of all of those musicals, many of which I adore (except you Wizard of Oz, forget you), the one I seem to come back to every holiday season is Singing in the Rain. The classic 1950s movie starring Gene Kelly, Donald O’Connor and Debbie Reynolds is an absolute delight, and is a perfect source of warmth on a cold winter’s day. It’s iconic, and there’s good reason for that. It’s fun, fanciful, and let’s you forget that the outside world is currently freezing and grey. This Christmas I’ll be singing and dancing along to all of this film’s classic soundtrack, and I’ll be loving every minute.