Read more
You are at:Home»Features»Do we underestimate the healing power of media?
By David Mitchell-Baker on October 18, 2016 Features

When it truly connects, media can resonate like no other. We laugh, we cry, we cheer, we boo; it has a power that can affect us in ways that we would never expect. But on top of this emotional connection, media can heal and it can change and teach us, but it does beg the question – do we truly realise this? Do we give enough credit to the healing capabilities of media?

A few years back when I was studying for my A-Levels, I learnt about a theory in Media Studies centered around the idea of “escapism”. Obviously this was based on the idea of media being something that we can escape into and experience in a vicarious manner; we can identify and associate with what we see or hear and feel part of it. This idea particularly translates into fandom in popular culture, and I think this is most evident in music. 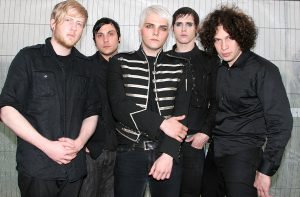 Since the turn of the century bands such as My Chemical Romance and Twenty One Pilots have developed fervent cult-like followings from their hardcore fans, with the fanbases giving themselves a collective name. In the case of My Chemical Romance, it developed from their post-emo era emo-punk rock which was cathartic and emotional, their image stood out and the band seemed to have a message behind everything they did. Fans (or “Killjoys”) rallied behind them in such a passionate manner as the band became more unique as they grew. The release of 2006’s The Black Parade solidified this and became one of the biggest rock albums of the 21st century. The music became an accompaniment to their fans and, as explained, an escape from a difficult or troubled life, the fans belonged to something bigger that they truly cared about. I must admit that I know a little less about the whole Twenty One Pilots – “Clique” thing (mainly because I actually like My Chemical Romance, and Twenty One Pilots, well…) but they have found themselves in a similar position to MCR’s. The fans are passionate and feel a sense of identity within the fandom community, and they worship Twenty One Pilots as the most unique band ever (which is very much up for debate); identifying and sympathising with their lyrics as well.

But these two aren’t the only examples; Lady Gaga has her “Little Monsters”, KISS has the “KISS Army” and, of course, there’s the bloody “Directioners”. Identity and escapism has become a huge part of the music fandom and it’s wholly understandable as to how and why this is the case. It’s as much a form of healing as anything. 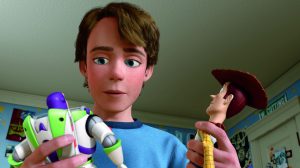 I raise this question of the healing power of the media in light of recent comments made by Celine Dion who claimed that Up helped her children cope with the loss of their father. And I think it’s easy to see how a film like Up can help with grief and loss. For a kid’s film, the movie has such a mature approach to detailing how people deal with loss and try to move on and how they have to move on as well. But this isn’t the only time that Pixar have tackled issues similar to this and delivered what could be seen as a healing product along the way. Just last year Inside Out taught kids that sometimes you will feel sad and that it’s okay if you feel that way. Toy Story 3 taught many generations about how we have to grow up and leave some things behind in life, but the memories will always stay with us. And this year with Finding Dory they examined disabilities, both mental and physical, and explained that even if you do struggle with a disability, you are still special and unique in your own way. They have a track record of telling wonderful stories, laced with powerful life messages and they hit home pretty much every time. 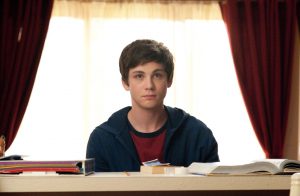 Music and Movies aren’t the only things that we can escape into or find solace in. There’s Books! Books are perhaps the most important of all. There’s something very different and very special about the format of the book and what it can do and how it can help us. Personally for me my all time favourite book is also one that has helped me immensely and is one that I will always hold up as my place to escape to: The Perks of Being a Wallflower. I had endured a tough year before I read the book; I was down on myself, I’d struggled with friendships and relationships and I was just feeling spent after a few years of pent-up difficulties. But The Perks of Being a Wallflower allowed me a space to escape into and characters to identify with, particularly the central protagonist Charlie who bore an uncanny resemblance to me. Even the terrific film adaptation is one of my all time favourites and it’s another part of the media which helps me in a big way. But it’s not just this book and other such fictitious works that can heal and aid. Matt Haig’s Reasons to Stay Alive and Neil Peart’s (yes that’s Rush drummer Neil Peart) Ghost Rider: Travels on the Healing Road, to name but two, have been praised for their life affirming and healing qualities to those who have read them.

The healing power of media is truly unparalleled, and it’s something that we should never take for granted or ever forget about. Do we underestimate it? Well that depends on the person. We could rely too much on what society tells us our problem is or what others say about us, but that escapism and that understanding provided by the media is something that just can’t be replicated or beaten. I think we need the media to help us. I know I do.