Read more
You are at:Home»Features»“My motivation is to keep moving forward and not be like everyone else” – an interview with Mark Thomas
By Carly-May Kavanagh on October 10, 2016 Features, Interviews

Mark Thomas is, as he’ll be the first to admit, a man with a difficult job to explain. A comedian, activist, writer, Guinness World Record holder for the most protests in 24 hours, and overall performer, he’s been focusing in recent years on his one man plays, a mixture of social commentary and activism. His newest show is The Red Shed, where his career in comedy started, and I was lucky enough to be able to talk to him about his career.

How would you describe your humour and self for anyone who doesn’t know you?

A misfit, I don’t quite fit into any proper category, I don’t have a natural home on the scene so I made my own. I do theatre, stand up, with a mix of journalism – nobody else is doing it! The shows get written as the events happen so there’s a weird dynamic – you start work, find the area you want to work in, find a story to tell. You work out what bits of the story aren’t answered and those things become the story. It’s a weird creative process because the stories aren’t natural, they’re created.

On ‘[100 Acts Of] Minor Dissent’ it was a perfect wedding of activism and comedy because it was ‘what can we do next to wind them up?’ Every time we pushed on the boundary we came up with new ideas. It’s not just about demonstrating, but rather, if you have freedom of speech and the right to protest then where does it lie with notion of glorifying terror? Each week the story grew and kept emerging.

What got you into comedy?

I wanted to be a comic and performer but I didn’t want to do what you saw on the comedians in the 70s – good comics doing club sets, but they were very of that era. I loved people like Dave Allan, The Goon Show, and Hancock, all rolled into one that made me think ‘I can do this’. But that realisation wasn’t immediate – I just get bored quickly, I start working on something but want to do something different. My motivation is to keep moving forward and not be like everyone else. 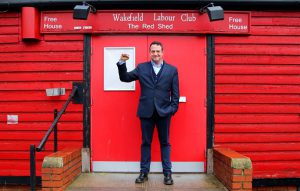 It’s always very personal, especially your father (Thomas made a show about his relationship with his working class, opera loving father who was dying). Do you feel like you have to make a distinction between your emotions and your performance, as a performer?

What’s interesting is you make a natural distance. I love that show and the relationship I had changed as it went along. A friend of mine saw a rehearsal – the Royal Opera House commissioned it and lent us the singers – and just went ‘you’ve been waiting to tell this a long time’. It’s about him dying and me trying to reach out to him and art, and class, and working class, and him closing down, and how you can live with someone who’s done bad things in their life, and impacted on you ,and how you can still love them – the complexity of love I suppose. I love that some nights I couldn’t wait to get into the rough and ready and nasty parts of my dad, but you always wanted them to come on that emotional journey with you.

He died on the morning of the Radio 4 broadcast – he died as he lived; as a heckler, he couldn’t let the show about him go out without heckling in some way. My attitude changed when he got sicker and died, and when we got the show out 18 months later it was lovely to be back in contact with all of those memories. It was absolutely intense and the most amazing kind of yearning. You’re writing a show from constructing a narrative so you’re already removed but you’re also in the show as a performer. 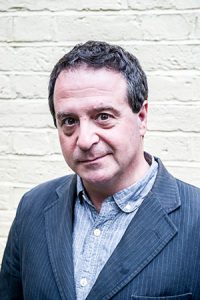 Your shows are very community focused but also political – like how the working class aren’t ‘meant to’ like opera but your father did and that was the main focus – does it ever put people off that your shows are abot working class stories or politics?

The [upcoming]show is about memory and working with friends to uncover the truth of a memory but also where we are now as a country. it’s a story about how the working class have been left by Labour, that’s part of the story. Working class artists, memory, collective memory, the need to work together, and how people naturally form communities. I was glad that various critics on the right wing spectrum said it was a good show, and that you should go and see it!

What’s your proudest achievement from your career?

That I’m still breathing. The fact I’m still doing it after 31 years on November 19th is what I’m proudest of. And standup is not just a form that lends itself to opening up and telling stories and narratives. You take an idea and tweak and fiddle. In theatre you stay in the moment and keep telling a story. It’s fucking exciting, I fucking love it. You’re telling a story that makes people laugh and make them lose their shit and then they’re welling up minutes later.

Mark Thomas’ The Red Shed was performed at the Edinburgh Fringe in August and is touring now, including at The Nuffield Theatre on 22nd October 2016 – you can find details of the tour here.