Read more
You are at:Home»Features»Introducing: The Sherlocks
By Eleanor Joyce on October 8, 2016 Features, Introducing

The Sherlocks are a self-described four-piece indie band hailing from Sheffield, rocketing onto the alternative scene in October 2013 as an unsigned band with their debut EP First Bite of the Apple. With over 500 gigs under their belts and a glowing endorsement from BBC Introducing, the two sets of brothers have gone from supporting headliners like Scouting For Girls and The Enemy to selling out shows in their own right, transporting listeners back to the ’00s and beyond, with their sound influenced by the Beatles among others. Drummer Brandon Crook’s catchy rhythms in ‘Chasing Shadows’ and ‘One of a Kind’ marry up perfectly with Andy and Josh Davidson’s raw guitar and bass melodies in ‘Time’s Ticking, Bye’ and ‘You’ve Made a Mistake’, while Kiaran Crook’s flawless vocal performance provides the perfect finishing touch. The chemistry from the brothers is evident in their tight harmonies and sharp chord changes – their sound is similar to contemporaries Catfish and the Bottlemen, but their lyrics are far from the world-weary sound of more experienced artists. For example, The Sherlocks’ follow-up 2014 single ‘Live for the Moment’ brings a spontaneity and youth to the alternative scene, predicting “You’re thinking ’bout the future now, it drives you mad” and promising “you never know what’s coming round the corner”. 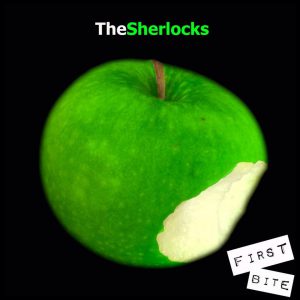 The following year, ‘Escapade’ booked itself into iTunes indie charts once more, sitting at a comfortable number three and proving once again that the band’s irresistible mixture of punchy guitar riffs and intense vocals has definite appeal. The lyrics are a departure from their first single, with more of an existential take on the party scene, asking “Why is everybody so in love with the feeling of having a pulse?”, while ‘Heart of Gold’, released in February 2016, provides another sobering foil to their earlier work, balancing the need for honesty in a relationship with the fear of losing somebody who knows you so well. This coincided with the announcement that the band would be playing at the world’s largest music festival, Texas’ SXSW, and following in the footsteps of the likes of Vampire Weekend and Jake Bugg. This opportunity to showcase their work with thousands of other artists can only have been another positive notch in their belt.

The music video for their most recent release, ‘Will You Be There?’, debuted on the 21st September 2016, and marks a change from their party-influenced musings and tales of struggling relationships for a simpler, catchy chorus that repeats until it is well and truly lodged in your head. The inevitable comparisons to a more youthful Arctic Monkeys can’t entirely slip under the radar however, and their real test will be if they can break out of the limitations of their genre and make a name for themselves in the UK charts again. There are few worries there, though – with fans ranging from the hardcore ‘Sherlocks Army’ to the casual listener, there is something for everyone in their diverse portfolio of lyrics, while maintaining the same tried-and-tested sound. Although the band have no plans to release any more music at the moment, their energy is fully focused on establishing a strong nationwide following outside of Yorkshire. It doesn’t take a great detective to deduce that more successes are yet to come: The Sherlocks are well and truly on the case.

The Sherlocks are playing at Neighbourhood Festival Manchester on October 8th – check them out here.