Read more
You are at:Home»Features»2016 and the continued rise of the independent film
By David Mitchell-Baker on September 22, 2016 Features

The year is 2016, a number of high profiled blockbuster releases have under-performed critically and financially, studios are hesitant to green light original projects, streaming services such as Netflix and Amazon Video are more popular than ever… but independent cinema is getting better and better. 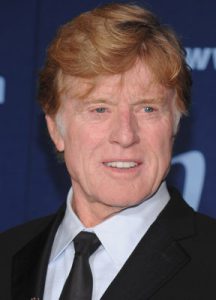 Robert Redford, the founder of the Sundance Film Festival and significant promoter of independent films (photo by Dimitrios Kambouris).

Whilst independent films (perhaps better known as indies) are well passed their infancy stage, they have largely remained in the shadow of the studio system for the majority of their life span. Indies have often been sleeper hits; films that audiences really have to mull over before they fully resonate with the viewer. Obviously this has its ups and downs; for one it can give these films a tremendous reputation and they can develop into classics in the eyes of many viewers, but on the other hand, a lack of an initial impact means low box office returns and breakout potential for the talent involved. Fortunately, in the last few years independent cinema has begun to thrive as a real force in the film industry and 2016 proves this without a shadow of a doubt.

Whilst films such as Alice Through the Looking Glass and Ben-Hur have opened in cinemas, receiving poor reviews and failing to recoup their costs at the box office, indies such as The Witch and Hell or High Water have performed as polar opposites. Whilst but a handful of blockbuster movies have garnered both financial success and critical acclaim (and we mainly have Disney to thank for that), the indies have been running rampant. And the facts don’t lie; half of the top 10 best reviewed films of the year on Rotten Tomatoes are independent films, and this then extends to 12 of the top 20. Additionally, many of the Oscar nominated films from this past February, Room, Brooklyn and the best picture winning Spotlight to name but a few, were independent films. In fact, every best picture winner (and a large number of nominees) since 2010, with the exception of Argo, have been independent films. Their success and importance cannot be denied. 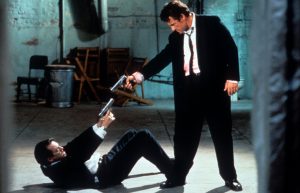 Quentin Tarantino’s Reservoir Dogs, often cited as the most important independent film of all time (photo from Hulton Archive/Getty Images).

Not only is their critical acclaim significant and important to their success, but these films are basically breeding grounds for future world-class talent. Quentin Tarantino? Started out on the independent scene with Reservoir Dogs and Pulp Fiction. Brie Larson? Broke through with Short Term 12 and Room and is now set for Captain Marvel. James Cameron and Arnold Schwarzenegger? Made by 1984’s The Terminator. There’s no coincidence between the success of independent films and the incredible talent involved. And the stars themselves still want to come back to the indies; Birdman managed to attract an all-star ensemble including Michael Keaton, Edward Norton, Emma Stone and Zach Galifinakis, Hell or High Water pulled in Chris Pine and Jeff Bridges, and Little Miss Sunshine brought in Steve Carrel just as he became a superstar. The often unique nature of indies means that they are a real breath of fresh air for cinema and make them endlessly appealing; the scripting, the acting styles, the cinematography and the overall storytelling can be totally different to what we’d expect, or just of a superior quality in comparison to similar films.

At this point in the year, I can firmly say that my favourite three films of the year so far have all been indies. Are we at a stage were the indies are going to outperform the blockbusters? The answer to that is still too difficult to call, but one thing is for certain; independent films can only grow stronger, as long as we do our duty and give them the support they deserve.