Read more
You are at:Home»Features»Confessions of a Closet Metal-Head
By Harley James Mitford on August 21, 2016 Features

Stirred up by the recent experience of attending a metal gig, long-dormant thoughts and feelings have come bubbling up from within me on just why it is that metal holds such an emotional power over its listeners, and on how it can so commonly suffer the fate of being snubbed by those of differing musical persuasions. In the course of this article I try to shed some light on these issues through the microcosm of the aforementioned gig; around which my ponderings are loosely centered. So if you fancy putting your feet up and chatting all things metal, indulging along the way in my own bumbling anecdotes and eccentric ramblings, then read on – you have my blessing… 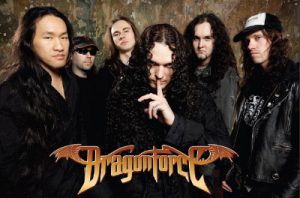 Upon accepting the last-minute fill-in assignment of interviewing and reviewing Carcer City (whose astonishing single Infinite//Unknown is posted below) at The Joiners I was initially a little apprehensive, although – I hasten to add – not on musical grounds. I’ve long been an avid metal fan, albeit privately, listening to bands like Slipknot and Korn (from the nu-metal end of the American New Wave spectrum); Atreyu and Killswitch Engage (from the opposing metalcore end of the same spectrum); as well as Avenged Sevenfold and Bullet For My Valentine (who began metalcore and have since moved into more old school heavy metal niches; hard rock and thrash respectively). And all this from within the safe confines of my own headphones. My slight nervousness in this instance lay in the fact that I hadn’t been to a metal gig for nearly seven years, since I saw face-melting powerhouse DragonForce (of Guitar Hero fame, remember them?) and their other-worldly virtuoso guitarist Herman Li, whose legendary string-shredding fingers supposedly move too fast to be captured on camera. So the saying goes anyway… but I digress. 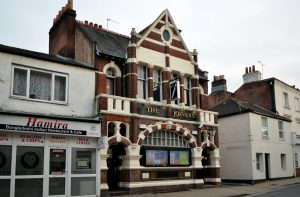 The Joiners – Image via tickx.co.uk

Herding together the most abrasive clothing I own, my outfit consisted of an Anti-Flag t-shirt which I got at my first ever gig aged 13 which somehow still fit me, ripped jeans, and a pair of worn-out but reliable Converse All-Stars. In hindsight it was pitifully pop punk, but the best that I could muster short of pilfering someone else’s wardrobe. And so it was that I chirpily set off towards Southampton, boning up along the way on my knowledge of the band I was to interview and see perform there. When I arrived at The Joiners it soon became clear how much of a fish out of water I truly was: groupies with all-consuming tattoos; piercings in places you never knew there could be; and basically a general agreement to appear as terrifying as possible to the uninitiated. As I cautiously approached the venue I quite rightly got some curious looks from the punters, as if to say “you sure you’re in the right place?” Unperturbed I ambled round the back to be greeted by drummer and manager of the band Karl, who introduced me to vocalist Patrick and guitarist Lewis; the gents I was to be chatting to shortly. WARNING: The next paragraph gets a bit muso-sophical, so if you can’t be arsed then scroll down. 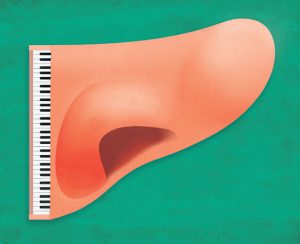 It must surely be one of the great paradoxes of the musical world that those who play the most brutally aggressive music are so often the most kind-natured, humble, and charming people to speak with (as Patrick and Lewis most certainly were), whereas those who play the more quaintly demure “classical” music – I use the overly-generic term relunctantly – are just as often prickly, disdainful and snobbish towards musics different from their own, and therefore considered by them to be inferior. Metal is one such music to have regrettably fallen under that woefully misguided assumption, despite its relative musical complexity. Irregular time-signatures, shifting modes (Phrygian and Locrian endowing that particularly metal ‘sound’), and a technical mastery of their respective instruments all ought to help bestow metal and its performers with the respect it so deserves from the muso-intelligentsia; sadly however it remains relegated to the outermost fringes of the musical community, along with its equally derided and divisive spiritual cousin – rap. 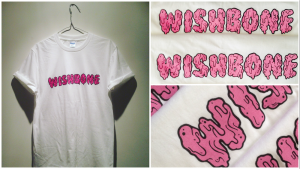 The offended article – Image via wishbonecollective.bigcartel.com

Once the gig was underway, in one of the several intervals between acts I wandered over – cider in hand – to the various bands’ merchandise stalls set up adjacent to the bar. As I was flipping casually through a box of vinyl records I was accosted by a bloke next to me: “Oi, watch out!” As if I didn’t stick out like a sore thumb enough already, I had somehow managed to spill some of my very full cider on a beautifully crisp white t-shirt, onto which was emblazoned in bold shock-pink the word “WISHBONE“. Thoroughly embarrassed, I quickly sped off to the toilets to retrieve some loo-roll with which to clear up my mess. As I did so I received a blood-curdling glare from the girl behind the stall, although she soon softened when I offered to pay for the t-shirt, telling me not to worry; mistakes happen. Even though I now felt like an utter twat, had the incident not occurred I mightn’t have noticed the word so artily printed on the garment. The Wishbone Collective seem to be a very thrifty business enterprise, setting up their own stall at that gig (and presumably all the others on the tour), selling chic apparel and obscure vinyl records. At any rate they were certainly doing a roaring trade that night at The Joiners. 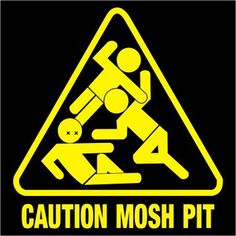 Back in the fray, the moshing was in full swing. The longer I watched it unfurl, the more it began to take on for me a kind of spiritual quality. By giving themselves up completely to the manic dance that took them, these people were expressing themselves on the deepest psychological level, achieving a sort of primal catharsis realised through violently kinetic motion. There was a real poignancy to it all; a sense that whatever woes they may have each built up in their lives, they felt able to release them by ramming into each other in this shared space. I’m not exaggerating when I say that I felt deeply moved witnessing it. And perhaps this brings us to the most beautiful aspect of metal. For all its supposed posing and melodrama, it’s actually a music that – through touching on the darker side of the human condition (albeit through artificial means) – is able to stir up and exorcise the blackest demons that lie dormant within all of our hearts, whether we care to acknowledge them or not. It’s a raw and brutally honest art form that shouts at the top of its lungs the things that we all sometimes feel but are reticent to admit. Ultimately though it has the courage to risk coming off as ridiculous, in order that it might reach out to the lost souls who follow its guiding light and steer them gently back home.

Carcer City’s new album Infinite//Unknown comes out September 16th. The title track is out now via Stay Sick Recordings, check out the music video for it below.