Read more
You are at:Home»Features»Why is the DC cinematic universe failing?
By David Mitchell-Baker on August 13, 2016 Features

As I wrote in my review just last week, DC’s latest offering, Suicide Squad, is a movie that frustrated me. It’s not awful, but it’s not great. There’s just about enough good stuff to make it a good movie, no more than that however. The audiences seem to just about be on board with the film, on the other hand, critics have ravaged it. But whilst Suicide Squad just about serves up the goods, DC’s previous films (Man of Steel and Batman v Superman: Dawn of Justice) have both faced thoroughly mixed receptions from fans and critics alike and have set DC’s cinematic universe off to an incredibly rocky start.

With a mixed reception across the board and underwhelming box office returns, it’s time to ask – why can’t DC get it right? 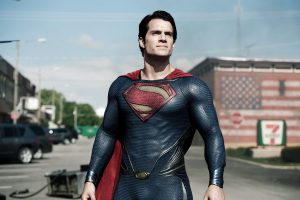 Man of Steel, AKA The Harbinger of Doom for DC (image via IMDb).

My thoughts on Suicide Squad are clear but I want to start off by talking about Man of Steel and Batman v Superman. Zack Snyder’s 2013 Superman reboot, Man of Steel, is an average film; the spectacle is all good, the acting is solid, it’s coherently put together (for the most part), but Henry Cavill’s Superman is bland and the character is totally misunderstood, there are no consequences or reaction to any of the destruction or events, and several scenes are totally wasted and unnecessary. At the worst of times, it’s just boring. It’s by no means bad; it’s just very average.

On the other hand, as a film student and a hopeful storyteller/screenwriter, Batman v Superman: Dawn of Justice offends me. It’s a mess- pure and simple. The only things that give it any kind of quality are Ben Affleck and Gal Gadot’s performances and limited aspects of the film’s action and spectacle whereas the rest of it is just terrible. Cavill, Amy Adams (as Lois Lane), Laurence Fishburne (as Perry White) and, above all else, Jesse Eisenberg (As Lex Luthor) are all just plain bad. The story is all over the place, littered with plot holes and logical errors, and is totally unfocused. The editing is just an active rebellion against the basic principles of film making. The action is all watered down, torture porn horror film fantasies from the mind of Snyder; his Batman is a psychopath, not Batman. And don’t even get me started on the whole Martha thing. There’s just too much happening in one 2 and a half hour movie and none of it works. There literally is a kitchen sink thrown in this movie, think about that for a minute. The more I think about it, the worse it gets. I feel personally victimized by this movie in the way that the school girls of Mean Girls felt personally victimized by Regina George. 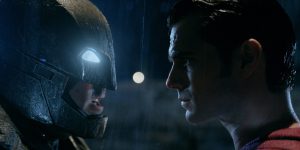 Suicide Squad‘s problems lie deeper than the surface. Suicide Squad has Fantastic Four (2015) problems. It’s clear that David Ayer’s vision of the film was hugely tampered with by Warner Bros. so he had to make do with what the studio wanted – a Frankenstein’s monster type movie, a mish-mash of a darker yet entertaining truer Suicide Squad cut from Ayer, and a studio cut with a lighter tone because the studio panicked and thought that people hated the dark tone of Batman v Superman. People hated Batman v Superman because it was a bad film, not because of the tone. There are literal points where Ayer’s cut turns to the studio cut and vice versa. Snyder obviously faced studio problems as well; he had to make a Superman sequel, and a Batman intro movie, and a Wonder Woman intro, and a Justice League set up. It’s four movies mixed into one.

There’s a lesson to be learned here – Warner Bros. need to let the directors do their own job. Compare them to Marvel for a moment; they tell the directors what story they want to tell but they let the directors and screenwriters create the treatment for the movie that they want to (case in point: James Gunn and Guardians of the Galaxy). The DC cinematic universe have some talented filmmakers coming on board in the form of James Wan and Rick Famuyiwa. Please Warner Bros., let them do their job and let them make their own film!

Bad acting, bad writing, bad film making – the DC cinematic universe is plagued by it all. 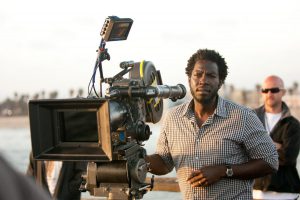 Rick Famuyiwa, director of the excellent Dope and now The Flash (image via IMDb).

But one thing that has really caused DC to struggle is whoever it is that is cutting their trailers for them. The trailers for all of their films have been great and they stir up so much anticipation that the final product is that much more of a let down. The Man of Steel trailer had me thinking that I was about to see the Dark Knight of Superman films, only for me to be let down by an average movie. The same goes for Suicide Squad in particular, at least we got some red flags from the Batman v Superman trailers to lower out expectations. Again the studio interference and bad film making plagues this as a trailer can pick out all the zingers among the garbage to excite people.

I get the same feeling from the Justice League trailer; the characters all seem to be copying the Marvel formula, the humour misses the mark and Aquaman looks to be the only good thing about it. It just seems like a panicked reaction to the Batman v Superman criticism AGAIN, I have no expectations or excitement for a Zack Snyder DC universe movie anymore. At least his previous effort, Watchmen, made sense!

I really think that DC should just slow down, take a breather and reassess their plan. Stop over crowding movies, hire some top quality writers and editors, take your fingers out of the film’s shoot and edit, and stop panicking with your products. They’re a messy and under-prepared shadow of the super successful Marvel who, not only did everything first and better; they know what they’re doing and how to go about it. With the exception of one, maybe two instances of studio interference, the MCU is a largely an encouragement of film making and well done stories in a sensibly connected universe. I hate to have to compare them and throw my two cents in on the whole DC vs Marvel debate, but Marvel is so far ahead and doing such a better job that it’s embarrassing for DC.

DC can recover, but at this point it’s more likely that pigs will fly.