Read more
You are at:Home»Features»Are movie prequels actually any good?
By David Mitchell-Baker on July 24, 2016 Features

So Alden Ehrenreich (best known for his work in Hail, Caesar! and Beautiful Creatures) is officially our new Han Solo. Like it or not, Disney are pushing through with the Phil Lord and Chris Miller directed prequel story for everyone’s favourite scruffy-looking nerf-herder. This is not the only time that we will see a prequel story within the Star Wars universe – the hugely anticipated Rogue One: A Star Wars Story, directed by Gareth Edwards (Godzilla) and starring Felicity Jones (The Theory of Everything), Diego Luna (Y Tu Mama Tambien) and Ben Mendelsohn (The Dark Knight Rises) will tell the story of the rebels and their mission to try to steal the Death Star prior to the events of the original 1977 Star Wars.

But it would seem that prequels are common place nowadays, even to the same extent as sequels and remakes. Whilst many, myself included, are looking forward to Rogue One and expect it to be of a high quality given the cast and crew behind it- not all prequels hit the mark. The intention of a prequel is to develop characters, expand worlds and answer crucial questions that fans have, but do we really need them in the first place? 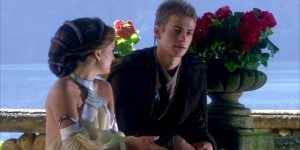 “I don’t like sand. It’s coarse and rough and irritating and it gets everywhere.” (Image via sacurrent.com).

Let’s have a look at some of the bad, and the ugly (if you’ll pardon the prequel pun, more on that later) first. Probably the highest profile prequel failure is George Lucas’ famous one-two misfire of Star Wars: Episode I – The Phantom Menace and Episode II – Attack of the Clones. Some bad acting, bad writing and highly questionable choices made regarding the Star Wars lore combined to make two poorly received prequels to some of the most beloved movies of all time. Lucas got it wrong, plain and simple. It didn’t feel like a Star Wars movie at the worst of times and was often boring. I shouldn’t be bored seeing a Star Wars movie!

Another more recent failed prequel is one so reviled that it has since been written out of its own universe – X-Men Origins: Wolverine. What a flying turd this was. With the exception of the brilliant Hugh Jackman and Liev Schreiber and a decent opening 10-20 minutes; the movie is a failure in writing, visual effects, pacing and superhero lore. To many the excellent X-Men 2 seemed to provide a sufficient yet mysterious explanation for Wolverine’s origins; the 2009 movie just told us what we knew whilst butchering some X-Men canon along the way. But hey, we never would have gotten Deadpool had it not been for X-Men Origins, so silver linings and all that.
And don’t even get me started on Oz the Great and Powerful, Maleficent or Pan.

It’s very subjective as to why people dislike these movies; be it acting, directing, writing or story, fans have varying reasons for their hate. These prequels were failures not only as films, but as prequel stories, and the universe building did not work. 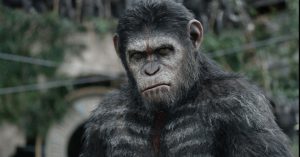 Dawn of the Planet of the Apes: A modern Sci-fi classic and a very well done prequel (image via IMDb).

On the flip side, there are a whole host of prequels that are held in very high regard by legions of fans. X-Men: First Class examined the relationship between Professor X and Magneto before they went their separate ways. Both Rise and Dawn of the Planet of the Apes have been fantastic re-imaginings of the Planet of the Apes mythos as a way of setting the scene for the 1968 movie. Monsters University was a subtler set up for the beloved Monsters Inc. Indiana Jones and the Temple of Doom, whilst not really doing traditional prequel heavy lifting is highly regarded by many. And then there’s the big two; The Godfather Part II, a sequel-prequel to Coppola’s 1972 classic, and The Good, the Bad and the Ugly, the third part of Sergio Leone’s Dollars trilogy set before the events of the first two entries.

The main difference between all of these films and the aforementioned poor prequels is that they are actually well made, acted and written films. The casting is all spot on too, something that greatly hindered the Star Wars prequels in particular. Fans can forgive a lack of world building and back story if the film is actually good in the first place, but it helps that these films do build up their overall stories well. 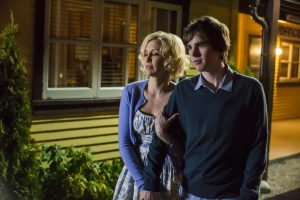 Bates Motel: A prequel to Hitchcock’s Psycho (image via IMDb).

Film isn’t the only area of entertainment which features a slew of prequels. Television has increasingly been looking to prequels in recent years; Hannibal, Bates Motel, Black Sails and Wet Hot American Summer: First Day of Camp to name just a few. Gaming has also done the same; Kingdom Hearts: Birth by Sleep, Halo: Reach and Crisis Core: Final Fantasy VII are all prequel games to much beloved franchises and are all much beloved installments. It’s a rather infectious industrial mindset but one that seems to be largely working.

It’s common knowledge; hire a good director, writer and cast, and nine times out of ten you’ll have a good film. It doesn’t matter if you’re going the prequel route, just make a damn good film in the first place! There’s definitely a place for prequels, as we want to know more about our favourite movie worlds, characters and stories, and prequels are the best way to go to do this. At the end of the day, it’s essentially fan service.