Read more
You are at:Home»Features»How important is it that celebrities come out in the media?
By Sophie Trenear on July 20, 2016 Features 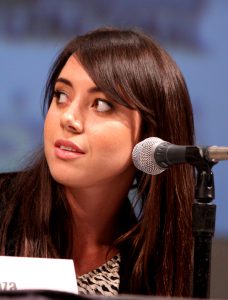 Recently Aubrey Plaza, star of hit television show Parks and Recreation, came out as queer. She is only the latest in a string of stars and celebrities who have, in recent years, begun publicly identifying as a non-straight sexual identity and each one is covered by the media to an almost frustrating extent. ‘We get it!’ the world chimes in unison, ‘So-and-so is of a sexual identity which is becoming less and less the casual default of many people of the world today and has been for quite some years now!’ In all seriousness though, it’s great that the world is being exposed (however gradual that exposure may be) to a number of stars and celebrities which are often looked up to as role models, especially for teenagers, who explicitly show that that there’s nothing wrong with being queer, or non-straight. But who’s to say such a large amount of media coverage on each star ‘coming out’ doesn’t have a detrimental effect too? Who’s to say that as a collective, the spotlight on these celebrities’ sexual identities has begun to put a different kind of stigma on it?

I mean, obviously the discourse created by the circulation of reports about stars ‘coming out’ is incredibly important. The more people hear about their role models, the people they see on TV day in, day out, the people with – let’s not ignore it – the real power here, living unashamedly in a sexual identity which has been depicted for a very long time as wrong and weird, a sexual identity which people are bullied for, judged for, even subjected to violence for, the more these people will start to feel unashamed themselves. And even if they already feel comfortable in their sexual identity, it’s always good to know you aren’t alone. These celebrities have the power, people, they can change the world; and that’s what they’re doing. 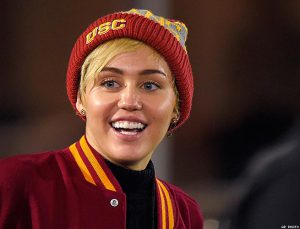 Normalising a sexuality or group of sexualities which have been typecast as weird, strange and unsettling is the first step to their acceptance. But it’s a little harder, a little more complicated than simply exposing the world to certain TV and film personalities who proudly fly the LGBTQ flag. Philosopher and literary critic Julia Kristeva penned her theory of ‘The Abject’ all the way back in 1982 in her publication ‘The Powers of Horror’, in which she explains that there is a specific border we all see between the ‘subject’ and the ‘object’, or ‘the self’ and ‘the other’. The Abject is the, often disgusted, human reaction to the breakdown of that border. As we all see what is ‘the self’, we can often be put off by ‘the other’, which is one theory about why homophobia arises and is so common. ‘The other’ is an integral part to forming an image of ‘the self’. People with similarities will often group together with their own beliefs, meaning that they may start to believe that those different from them are problematic. For instance, if you are straight and I am queer, I am immediately ‘the other’ to you and am therefore wrong. Other critics such as Edward Said have also used similar theories to explain other cases of oppression, such as racism and orientalism. The main thing to gage here is that seeing people as ‘the other’, seeing people different to yourself in any seemingly major way, is one of the roots of homophobic oppression.

Whilst celebrities coming out does normalise the notion of being non-straight, it doesn’t destroy the idea of ‘the other’ being wrong. In fact, it may just aid it. By making every time any celebrity comes out a news story, indeed often a breaking news story, their sexual identity is immediately transformed into gossip. So whilst a discourse is being created, allowing more people to have the confidence to live proudly whatever their sexual identity may be, it also allows ‘the other’ to be amplified for those who see fit for it to be done. But something strange happens in that process; the notion of being non-straight (see? Even I’m defining the group by what it’s not – ‘the other’ in action) goes past being normalised, depending on how many stars are coming out or have been coming out recently. A 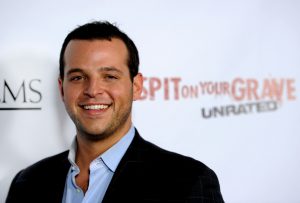 Mean Girls’ star Daniel Franzese came out as gay in 2014.
Image via bustle.com

s a society, we go from shock to ‘did you hear about so-and-so coming out?’ The discourse is then distorted, putting a spotlight on ‘the other’, and we go from normalising it to fetishizing it.

Shouldn’t people feel like it’s completely normal to be gay or bisexual or pansexual or even refuse to label themselves with a specific identity? Shouldn’t it be seen as normal as being straight? We don’t see headlines ‘Confirmed: Tom Hiddleston is definitely a straight dude’ or ‘David Beckham: Straight as a plank’. Labelling stars coming out as ‘breaking news’ puts a magnifying glass over their sexualities, which then gives us as the non-famous permission to do the same to our peers. And it is here that the other stigma arises.

But to be absolutely honest, it’s kind of dumb to think the world would be better if our role models being proud of who they are weren’t circulating stories. I mean, what’s better? A role model, nay several role models, who identify as queer and inspire hundreds of people to come to terms with, perhaps even be public with, feel supported with their sexual identity and a society with a growing interest in sexuality – or a society with a whole host of members, celebrities, teenagers, students, accountants, shop-workers, pilots, parents, PEOPLE, ashamed to live proudly with every aspect of themselves? As time goes by, ‘the other’ – I think, I hope – will become an old construct, muted to the greatest extent it can. And although celebrities coming out isn’t going to solve it, it’s definitely going to help – and a stigma that encourages a magnifying glass on sexuality is far better than a stigma which encourages oppression and violence. I’ll take gossip over hate any day.