Read more
You are at:Home»Features»Historical Dramas: A Blessing or a Curse?
By Bruno Russell on July 16, 2016 Features

In the 21st century, we all love a good bit of TV. Be it Game of Thrones, Orange is the New Black or The X Factor, we’re all glued to our television screens. But what impact is the rising interest in historical dramas having on our perceptions of history? Is it good that producers engage mass audiences with the past or is their creative licence grossly misinforming us? Put simply: are historical dramas a blessing or a curse on real-life history? 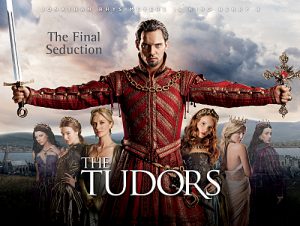 I remember watching HBC’s popular series The Tudors for the first time and noting a whole string of blatant inaccuracies and fictions: people are invented (or in one case, two people become the same person), mysterious new affairs occur and poor old Cardinal Wolsey, who died of natural causes, is portrayed committing suicide against great mockery. In short; it’s far from an accurate representation of the world of 16th century England! It’s clear why directors do this. It ‘juices up’ history, it takes the pages of historical textbooks, adopts characters we are all familiar with and then turns their lives into something resembling next year’s Eastenders’ script.

Now there are positives to these dramas. Evidence, conducted by Washington University, shows that it is a popular and engaging form of communication. This means that people engage with history when they see it through this medium and, set against simply reading history, it ‘increased correct recall by about 50 percent’. But then the problem becomes clear. The study then also showed that if someone read, let’s say, that Jack the Ripper had five canonical victims in a textbook but then watched a film drama that depicted him as having six, they are fifty percent more likely to recall the incorrect number when asked questions regarding the Ripper. The study continues to say that the ‘misleading effect occurred even when people were reminded of the potentially inaccurate nature of popular films’. This is backed up by Dr Sharda Umanath of Duke University who said that we simply ‘learn what we see in films’. Psychologically, they are a powerful tool in recreating realistic impressions, and in her words; ‘lies become truth’. This means that even though we are aware of a director’s creative license, we seem to prima facie trust their accounts of history. This has led many psychologists, including leading educational psychologist Dr Andrew Butler, to recommend against the use of films as an educational tool within history.

But then perhaps the point, for most, isn’t education? People don’t care why Anne Boleyn really fell, or what Hitler is really responsible for, they just want a good piece of evening entertainment for an hour a week! But then consider the three following inaccuracies in these big blockbuster films: 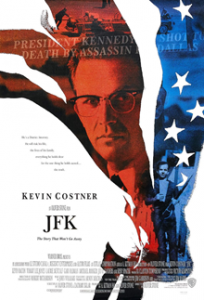 Oliver Stone’s 1991 film JFK presents it as an accepted historical fact that the assassination of Kennedy was an FBI and CIA conspiracy. The Warren Commission called it a ‘desecration to the memory of President Kennedy’. The famous film They Died With Their Boots On presents the rise of Civil War hero, George Armstrong Custer as nothing more than an admin mistake, invents an alcohol problem and presents a one-dimensional view of Native Americans. And in 2006’s The Other Boleyn Girl, they have Mary Boleyn – sister of the infamous Anne Boleyn – giving birth to an illegitimate child that never existed and places that as the reason for Henry turning from Mary to Anne. It’s described by Susan Bordo, in The Creation of Anne Boleyn, as nothing but ‘misleading mere fiction’.

What such inaccuracies do is not only provide an entertaining storyline but also provide false and concocted fictions that cause audiences to see history in not only misleading ways, but also in such a way that is unfair to the reputation of the past. In short, I suppose, I am suggesting that we owe history a level of respect that often such drama’s do not accord it, as they merely use figures of the past as pawns in their story. This would be fine if they made it clear that they were not representing reality, but they do not, and as previous psychological evidence as shown this, at times, disrespectful view of history worryingly becomes adopted as reality. 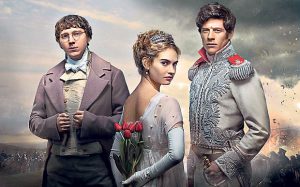 Image via The Telegraph

More than this, the work of professional historians thus becomes disgraced or judged based on its coherence with this fictionalisation. Or, the most popular history books become those that cohere with the fictionalisations (think Starkey’s dramatic view of faction in the court of Henry VIII). But then both feed each other; the dramas encourage a view to be accepted and then that book is popularised and the two cohere. Before you know it, the main populous believes that is the majority view or, perhaps, the only view. History sadly becomes a linear one-perspective narrative.

Naturally, not all productions are so bad. Two recent series stand out, the adaptations of Hilary Mantel’s Wolf Hall, depicting the life story of Thomas Cromwell, and Leo Tolstoy’s War and Peace based around the French invasion of Russia and the impact of the Napoleonic Period in the early 19th century. Both of these shows deserve praise for their dedication in sticking to the facts of the past and then building grounded, and well-considered, interpretations of history. The problem still remains, however, because audiences don’t know which productions to trust, and which to not, and therefore the whole institution remains fundamentally plagued. As long as several directors take great creative license in their portrayal of history, good historical dramas – and the directors and writers that take care to create them – can’t have their efforts properly recognised.

So what are we then to make of historical dramas and fictionalisations? It seems that though they popularise and engage people with the past, they are actually more of a hidden curse on our study and understanding of the past. Creating a dramatic and one-sided narrative of the past, they misinform and misguide under the guise of entertainment. I’m just not happy to accept the disowning of at least attempting to respectfully portray history, just for the purpose of entertainment. Historical figures, after all, are not simply “characters”.