Last weekend, on Saturday 9th July, Lin-Manuel Miranda, Leslie Odom Jr. and Phillipa Soo each took their final bows on the stage of the Richard Rodgers Theatre as they said goodbye to Hamilton. And the world wept. Some even spent up to $20,000 just to get in there and see the original cast before they left. Their voices are immortalised in the roles on the soundtrack, but apart from that, it is unlikely that you will get to see Hamilton performed with this cast again, at least not for a while. 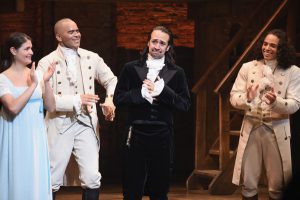 However, that’s the joy of musical theatre, is it not? That endless cycle of actors in and out, so that you can see the same role performed from hundreds of different angles. I think it’s one of the things that sets the industry apart, and one of the main reasons why it’s such an interesting and exciting platform. When it comes to film, you attach one actor to a role, and from there on out – they are that character. This is the case for pretty much all films and their characters, apart from when remakes/reboots/changes in cast are made. Theatre on the other hand, sees actors usually playing the role for a maximum of a few years before moving on to something else and passing their baton on to the next player.

There is something about this that is so magical, and in a way, I find that it makes the medium so much more personal. Of course, theatre is more personal in the sense that it’s a live performance and you’re in the room where it happens with the performers, but that’s not what I mean. Instead, I’m referring to the fact that every performance you go to, even if it’s the same show, will be a different experience. Therefore, the memories you create will be different and you’ll have a different cast in your mind. I’ve seen quite a few musicals multiple times, and it’s always interesting to me how I get attached to different cast members in the roles, and the ways I decide upon my favourites. Often there’s a real connection and attachment to that first person you saw play the role, but sometimes you’ll see the same show a few times, and just when you thought you had a favourite portrayal, someone better will smash that one number out of the park. 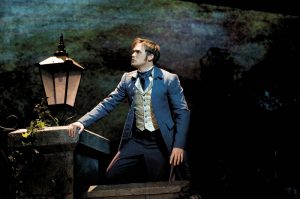 It’s also important to remember that the original cast aren’t always necessarily the best one, and that’s super exciting. It shows that even if a show starts with promise, it still has room to grow and evolve as its audiences evolve. For example, my favourite musical of all time is Les Miserables, cliché as it is, and although the original cast is wonderful, the show has been running for 31 years now, and this has given opportunities for many different actors to try their hand at playing these iconic characters.

Everybody will have different favourite portrayals of the characters; and that’s completely okay, and that’s actually really cool too. Having first seen the show on its 25th Anniversary tour with Gareth Gates as Marius; he will forever be my favourite in that role (I’m sorry Eddie Redmayne, you’re a pretty close second, I swear). However, not all of that cast are my favourite. I absolutely adore Aaron Tveit in the film, and I didn’t hate Russell Crowe as much as the rest of the world did, but Hugh Jackman just didn’t do it for me. Samantha Barks did do it for me, just nowhere near as much as she did it for me in the 25th anniversary concert. Lea Salonga is the best Fantine, and Anne Hathaway’s rendition of ‘I Dreamed A Dream’ isn’t as good as the Glee one. However, the great thing is: I don’t have to choose a universe where only one of these portrayals exist; because they all exist alongside each other. When I’m in the mood for one, I can listen to that version of the soundtrack, but when I’m in the mood for another, I can also do that. I think this is epitomised by the fact that last week my siblings and I watched the 2012 movie, then directly after, watched the 25th Anniversary concert.

It excites me that I can love a song from a musical completely and wholly, and get to hear so many different renditions and takes on it; each slightly different from the last. Actors obviously have to follow the score for the most part, but there is always a little bit of freedom to make the role uniquely yours, and I think that getting to see that role done a million different ways, means that different elements and nuances can be brought to characters. This can bring things to light that you never even thought of, and this willingness to bring one’s self to the role is one of the most revolutionary things about the medium of theatre. 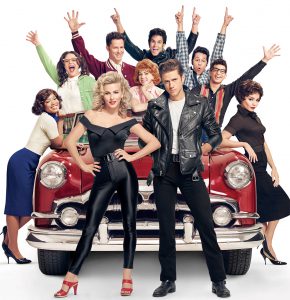 As well as this, recent times have seen the platform evolve and change into something entirely new. For example, the introduction of live recordings of shows for the TV means that people who can’t afford the theatre prices still get the chance to experience these stories they know and love from a different perspective with a different cast. Grease Live was so much fun, and with the announcement this week that Ariana Grande will be playing Penny Pingleton, I cannot wait for Hairspray Live.

This highlights another point that is allowed by ever- changing casts; a lot of star power. In recent years especially, the West End and Broadway stages have seen a lot of recognised names from the TV, film and music industries making appearances, and boosting sales of shows to ridiculous heights. Nicole Scherzinger in Cats, Emma Stone in Cabaret, Daniel Radcliffe in How to Succeed in Business, Ronan Keating in Once… The list goes on.

I love theatre for a lot of reasons, and I always will, but I do think there is something extraordinarily special about the constantly changing casts. It’s as if loads of people are asked to paint the same painting on a blank canvas, and even though each painting is the same at its core, each is slightly different; each is beautiful for a different reason.