Read more
You are at:Home»Features»Does nostalgia sell in Hollywood?
By David Mitchell-Baker on June 28, 2016 Features

Recently I wrote an article lamenting the lack of originality in Hollywood, but now it’s time to look at the other side of the coin. In the wake of Finding Dory‘s record breaking $135 million opening in the states (the highest opening animated film of all time, besting Minions, Shrek The Third and Toy Story 3), it seemed the right time to ask – does nostalgia sell in Hollywood?

On the surface, the answer would seem to be a big fat yes. 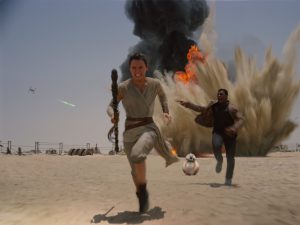 Star Wars: The Force Awakens, officially the 3rd highest grossing film of all time with over $2 billion worldwide (image via IMDb).

Obviously Finding Dory‘s monolithic box office haul, with all signs pointing to a gross of over $1 billion once its international roll out has finished, proves this; but the box office receipts from last year also back this up big time. The all time international box office opening was broken twice in 2015, both times by long awaited sequels to popular franchises; first Jurassic World shocked everyone with a record domestic (USA only) opening of $208 million and an international opening of $524 million, and then the all conquering big daddy blockbuster Star Wars: The Force Awakens smashed these figures, with a $247 million domestic start and an international opening of $529 million. The Force Awakens and Jurassic World currently occupy the 3rd and 4th spots respectively in the all time box office charts, the former standing as the all time top domestic movie with $936 million and only the third member of the worldwide $2 billion club.

Alongside these long awaited, nostalgia fueled sequels proving the undeniable success of nostalgic movies; other films such as Toy Story 3, the recent live action Disney remakes and the revamped Planet of the Apes franchise have proven just how strong a desire audiences have for these types of movies. In the remainder of 2016, we have nostalgia heavy movies such as Independence Day: Resurgence, Ghostbusters and Rogue One: A Star Wars Story- all likely to dominate the box office, proving again that nostalgia cinema isn’t going anywhere. Regardless of quality, people want to see the return of characters whom they first met in their younger years, the concepts and stories that have thrilled them in the past, but above all, we want to relive the joy we had from seeing these films in cinemas that very first time. 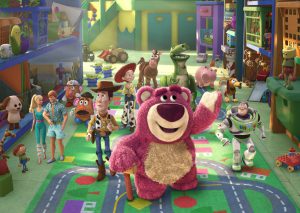 I can personally attest to this; I remember seeing Toy Story 3 in cinemas when I was 14 and I came out of it an emotional wreck- the film reminded me of why I love movies and why I love Toy Story so darn much. To this day it’s still my favourite Pixar movie, largely due to the sheer nostalgia that came with it. Then last December when I saw The Force Awakens twice in cinemas over the space of a week (I know, I’m a fanboy); I went to see it with my hordes of family; my granddad, mum and uncle wanted us all to see it together as they had such fond memories of seeing the original Star Wars in the cinema back in 1977, and the nostalgia was seriously at play.

Yes, a lot of them are cash grabs, yes some may be unnecessary, and yes, some may be of a similar quality to steaming piles of manure. But I know I can’t help myself when Disney are releasing a Star Wars movie every year. And let’s be honest: neither can you.

However, for every Jurassic World, there’s a My Big Fat Greek Wedding 2… nostalgia… aaaaaand it’s gone. 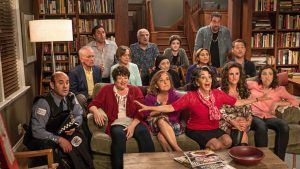 My Big Fat Greek Wedding 2: about 12 years too late (image via IMDb).

My Big Fat Greek Wedding 2, Zoolander 2 and Dumb and Dumber Too: all sequels over ten years in the making, all follow ups to beloved original films, all reviled by audiences and critics. In the end, it turned out that audiences had little desire to see these films (Dumb and Dumber Too wasn’t a total box office disaster but it did under perform significantly) and there was nothing that the nostalgia could do about it. In 2002 most people would have snatched your hand off at the chance to see a sequel to surprise hit My Big Fat Greek Wedding, but when they finally got one, no one bothered with it. Was it too long of a wait? Was it that it was just not a good movie? Did we just not care anymore? Did we even care in the first place?! 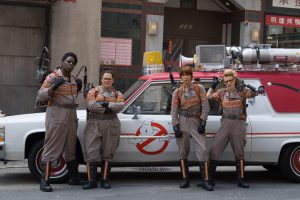 After all the controversy, can Paul Feig’s female led Ghostbusters remake be a success? (image via IMDb)

Nostalgia clearly does sell, no doubt about it. However it’s pretty much only if it’s something that everyone wants to see return, and only in the right form; the Star Wars and Jurassic Park franchises are household names, films that large swathes of people have seen and loved; their success is a given. The same goes for the soon to be revamped Ghostbusters, but that hasn’t prevented the hatred that’s been spewed towards Paul Feig’s female led remake of the 80s classic, with its status as the most disliked trailer in YouTube history. Sequels seem to fare well enough (hello Pixar movies), but remakes… not so much (hello Point Break remake).

As long as there are stories to be told, movie rights to be sold and characters to revisit, studios will continue to take our money by exploiting our nostalgia. And lets be honest… I don’t think many of us mind… especially with an Incredibles sequel pegged for a 2019 release!