With the announcement last week that the film adaptation of the musical Wicked is set for a 2019 release; here at The Edge, we got pretty excited. Those who are fans of the show, and of musical theatre in general, immediately began to discuss who we would like to see in the iconic roles that have been gracing theatre stages internationally for the last decade or so.

Elphaba (The Wicked Witch of the West) 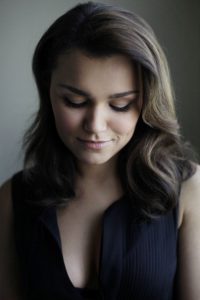 “Sam Barks is the biggest contender for Elphaba in my opinion. She is one of the greatest West End talents of her generation, and I think that she deserves the chance to play Elphaba on the big screen. If not, I do think that Lea Michele could potentially do it, but not as well.” – Rehana Nurmahi

“I think Renée Elise Goldsberry could be an amazing Elphaba, especially since she’s already picked up a Tony for Best Featured Actress (and let’s be real, I don’t need an excuse to want to see the Hamilton cast in absolutely everything).” – Sarah Corrigan

“I’m struggling with this one, so I’m just going to say Lea Michele, because I know how happy it’d make Rachel Berry.” – Millie Cassidy

“Samantha Barks has got this. She was Eponine is the film of Les Miserables as well as starring in the West End production for a number of years and the 25th Anniversary at the O2. She’s got the right tone of voice and sang the BIG Elphaba number, Defying Gravity, in the I’d Do Anything TV show. She needs the boost following Les Mis.” – Georgia Simpson

G(a)linda (The Good Witch of the North)

“Amanda Seyfried would be nice. Or Amy Adams!” – Millie Cassidy 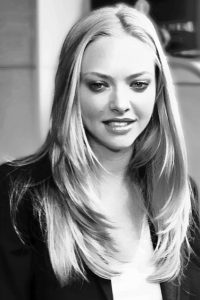 “I was gonna suggest maybe Reese Witherspoon, kinda like she was in legally blonde (very stereotypical I know) but just a bit more OTT …but Amanda Seyfried would actually be awesome!” – Becca Hellard

“I think I’d rather see Lea Michele as Glinda as we know from Glee she is so similar to Idina Menzel and has sung multiple Wicked songs from the point of view of Elphaba so it would be interesting to see her in the alternative role.” – Georgia Simpson

“I was thinking maybe Anna Kendrick, since she proved herself a strong musical theatre vocalist in ‘Into The Woods’, but I think that Kristen Bell would be amazing too- and she fits that sweet, bubbly persona that Glinda has. Not to mention the fact that she has done musicals in the past, and little girls would be thrilled to hear Anna from ‘Frozen”s voice somewhere else!” – Rehana Nurmahi 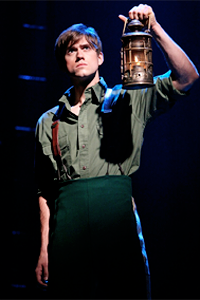 “Aaron Tveit! He needs to retain his title as prince of musical adaptations.” – Millie Cassidy

“Aaron Tveit would be perfect, and similarly to Barks has a background in musical theatre and was in Les Mis.” – Georgia Simpson

“Although I momentarily was concerned that he was in fact now too old, I too can’t bring myself to say anyone other than Aaron Tveit. He really is the best.” – Rehana Nurmahi 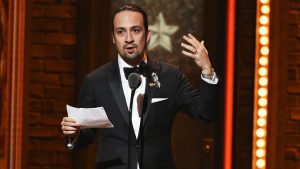 “If he has time in his busy busy schedule, Lin Manuel-Miranda would be incredible.” – Georgia Simpson

“I think someone who is a recognised film actor, but also has experience in musicals would be pretty cool in a cameo role like this. Someone like Hugh Jackman or Johnny Depp.” – Rehana Nurmahi 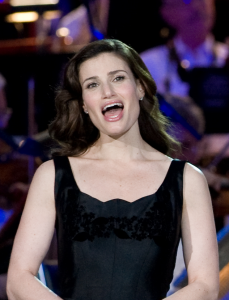 “Since Idina Menzel is too old to play Elphaba, but I think she deserves a place in the film; this role would be the best I’d say. Though apparently Kristen Chenoweth has shown interest, and since she’s original cast too, I’d be happy!” – Rehana Nurmahi

“For some reason my heart says Brendan O’Carroll, and I wish I knew why.” – Millie Cassidy

“Off the top of my head? Completely random, but Amy Acker as Nessarose, Charlie Day as Boq, and Colin Firth as Dillamond!” – Millie Cassidy

“Darren Criss as Boq, he’s one of the those people are just always there and just tags along and 100% reminds me of Criss.” – Georgia Simpson

“I think depending on how well she performs in ‘Beauty and the Beast’ next year, Emma Watson would potentially make a pretty good Nessarose. Darren Criss would be a fabulous Boq; but for some reason, my heart also calls for Daniel Radcliffe as Boq in a turn much like his performance in ‘How to Succeed’!” – Rehana Nurmahi

Sadly; the casting is not in our hands, so we’ll have to wait with every other fan to see who the casting producers choose. However, we’ll sit with bated breath in hope that at least one of the names we have said will be on that list when the day for it to released arrives.

I should be concentrating on my MA in Creative Writing but I love YA books and video games a bit too much. I like Taylor Swift probably more than is healthy.