Read more
You are at:Home»Features»Is the original blockbuster movie a dying breed?
By David Mitchell-Baker on June 16, 2016 Features

Executives: Quick! We need some more movies, what ideas have we got?

Creative team member 1: Well here’s an original script and concept from an exciting filmmaker. It’s not based on a book, TV show, play, true event or any other such pre-existing material and it seems to be pretty great, how about it?

Executives: Hmm, we’re not sure… 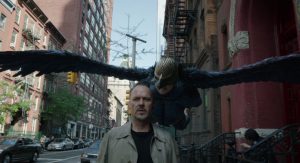 Whilst fortunately every year we are treated to some, but seemingly fewer and fewer, truly excellent and original independent movies (i.e Birdman, Boyhood, Little Miss Sunshine); the mainstream film industry seems to be lacking original ideas these days. Companies green light cash cow sequels (see the Ice Age franchise), remakes (who on Earth was clamoring for a Point Break remake?!) and prequels (Die Hard Year One, really?), whereas original concepts are few and far between. Unfortunately, these original movies are frequently under funded, miscast, appallingly marketed and just, overall, poorly handled.

But every now and then in blockbuster cinema land, we get a film like Inception: One of the best films of the past decade, an all star cast, an excellent director, phenomenal action, but above all – ORIGINALITY. However, these beasts don’t come around all too often.

So all this leads to the question in the title: Is the original blockbuster movie a dying breed? 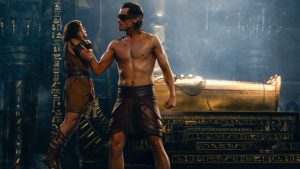 Gods of Egypt: The latest blockbuster to white wash its cast (image via IMDb).

Take this year’s unmitigated disaster of a movie Gods of Egypt, soon to be released here in the UK having opened in most markets in February. Admittedly, it was based on the myths of the Egyptian Gods, but not a particular story, just the characters. The film has so far grossed $142 million worldwide on a budget of $140 million, that’s without even considering marketing on top of that, so it’s been a complete bomb for Summit Entertainment. Furthermore, the lead characters were all controversially cast in the latest case of Hollywood white washing; the lead trio is comprised of Gerard Butler (Scottish), Nikolaj Coster-Waldau (Danish) and Brenton Thwaites (Australian). Notice a slight problem there? Above all, the movie is seemingly woefully bad with a Metacritic score of 23, a Rotten Tomatoes rating of 12% and an IMDb user rating of just 5.6.

And yet another potentially intriguing original concept dies a long and painful death.

Gods of Egypt is not the only example of this in recent memory. Tomorrowland suffered from poor marketing and thus bombed at the box office, Chappie was highly criticised for the casting of South African rap group Die Antwoord and its thoroughly misleading marketing as a tame E.T.-esque sci-fi discovery/adventure movie, and then of course there’s whatever Jupiter Ascending was.

So where does the blame lie in the lack of success for these original blockbuster movies? 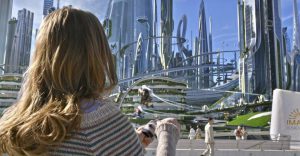 On the one hand, it could be with the filmmakers, production companies and screenwriters. If they are the ones that are producing these straight up bad movies – Jupiter Ascending – then can the blame really be placed on anyone else for the failures of said movies? But, conversely, if an original film stars the likes of George Clooney but receives mixed reviews, as Tomorrowland did, and then bombs at the box office, how can we blame studios for not wanting to try their hand with these original movies? You can’t blame them for going back to the Snow White and the Huntsman and Percy Jackson sequels to try and recover.

Then this poses the question- are we as the audience to blame for the lack of original content? 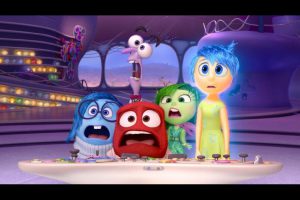 Let’s have a look at the box office for a moment for some answers. In 2015’s top 10 highest grossing films worldwide, only one of the ten was a solely original film, not a sequel, universe film or based on any pre-existing material, and that was Inside Out; but lets look back a little further. From 2010 until now, excluding the aforementioned Inside Out, only four wholly original films have breached their yearly worldwide top 10s; Inception, Despicable Me, Gravity and Interstellar. When factoring Inside Out back into the equation, that’s only one eighth of the top movies from the past 6 years. So why did we see these movies? Was it the stars on board? These films did feature the likes of Leonardo DiCaprio, Matthew McConaughey, Sandra Bullock and Steve Carell so are they the reasons why we flocked to cinemas to see these original movies? Was it the marketing? Reviews? Pixar in particular have been known for their incredible box office returns based off of excellent reviews and brand identity (original movies Wall-E and Up have performed extremely well for Pixar back in the 2000s). 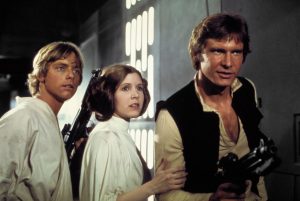 These movies are undoubtedly beloved to many, but they seem to be part of a dying breed. In a world of prequels, sequels, reboots, remakes and spin offs, original blockbusters are clearly struggling for their place in our hearts. At times it’s because they’re not good enough to belong there, at times it’s because we aren’t willing to give them a chance. However, after all this; Avatar is still in the highest grossing movies of all time, some of the most beloved blockbusters of all time are original properties such as Terminator, Indiana Jones, Star Wars and more, and some of these original movies still seemingly make sufficient amounts of money and are loved by an audience of a decent size. Are the sequels just too popular for the original blockbuster to break out? Are some not marketable for a large enough audience? Quentin Tarantino films Inglourious Basterds and Django Unchained both had budgets of over $70 million and made over $300 million worldwide but are very much acquired tastes to a lot of people.

But then again, there is Passengers, a wholly original Sci-fi blockbuster starring Chris Pratt and Jennifer Lawrence, a highly anticipated release coming out at the end of 2016… does the original blockbuster have life in it yet?