Read more
You are at:Home»Features»Is the musical comedy of YouTube finally making its way to Hollywood?
By Laurence Russell on June 14, 2016 Features

At the start of this month, America was treated to the release of The Lonely Island’s first feature-length movie, beautifully entitled: Popstar: Never Stop Never Stopping. The film has been generally well received by many fans and critics alike, believing the sketch comedy style of stars Andy Samberg, Akiva Schaffer and Jorma Taccone translate well into a movie, punctuated by the group’s music.

Whilst the release slid just under Universal Picture’s expectations of $7 million in its opening weekend, the film has yet to release worldwide, and is being praised nonetheless. 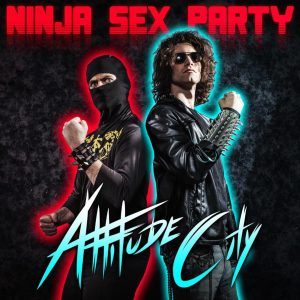 It seems strange to see a YouTube sensation like The Lonely Island make a healthy transition from internet notoriety to the big screen, especially after the relative disappointment that came with the likes of Fred (2010) and Smosh: The Movie (2015). However, perhaps that’s all about to change.

Musical comedy is nothing new in the modern world, with stars like Weird Al Yankovic making a name for himself before the internet even existed. Others like Tenacious D, Tim Minchin, Steel Panther, The Mighty Boosh and Flight of the Conchords gained popularity before YouTube existed. However the presence of YouTube has given these kinds of acts a worldwide platform to launch themselves to new heights of success. Now acts like The Lonely Island, Axis of Awesome, Ninja Sex Party, Bo Burnham and Nice Peter are enjoying millions of views online, without needing their own television shows or worldwide tours to become household names.

As many media theorists have explained, the internet has been gradually fulfilling consumer demand where conventional forms like movies and TV haven’t. With younger audiences getting their entertainment exclusively from their computers and phones, it’s up to more conventional forms of media to adapt with the trends or be left behind. 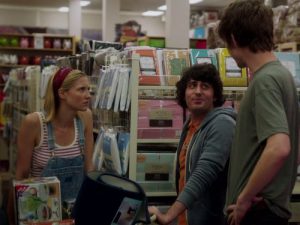 For now it seems musical comedy has found a home on YouTube, and despite appearing as guest stars, the talent fuelling the genre is finding it difficult to transition into movies and television. Perhaps with the release of Popstar we’ll see more risks being taken in Hollywood to market the stars of the web appropriately.

This genre, with its sharp take on conventional music that can be both witty and satirical, is a rare gem to behold. At its best, it’s more than simply comedy set to the beat of catchy music, it’s a unique and clever kind of art that joins two popular forms of entertainment to make something jaw dropping.

There are plenty of rumours of YouTube artists, in musical comedy and beyond who have turned down Hollywood style contracts because they believed their work would not be handled appropriately, and there’s something tragic about that. It is entirely possible that old and new media will simply continue to grow apart, as they both continue to fail to translate with the other.

Whilst the danger of having a studio come along to inflate this kind of fragile art form and warp it out of all recognition could, and has, led to disaster. For instance, Bo Burnham’s Zach Stone is Gonna be Famous being under advertised and subsequently cancelled by MTV. Despite this, Popstar appears to show us that the transition from the net to the big screen can, and perhaps should be done.