Read more
You are at:Home»Features»Dan Aykroyd saw the new Ghostbusters and liked it, are we being too harsh on reboots?
By Laurence Russell on June 12, 2016 Features

Here at The Edge, last month we discussed the infamously disliked Ghostbusters trailer, which has now ticked up to 860,053 dislikes, continuing to progress toward the one million mark.

The bandwagon of hatred for this film has continued to snowball, with fans and even critics, suggesting boycotts to send Hollywood the message that it’s not okay to sully the immortal memory of classic cult films. However, in the midst of this vitriol, Dan Aykroyd, lends his voice via WhoSay, to let everybody know:

“As originator of the original: Saw test screening of new movie. Apart from brilliant, genuine performances from the cast both female and male, it has more laughs and more scares than the first 2 films plus Bill Murray is in it! As one of millions of man-fans and Ray Stantz, I’m paying to see that and bringing all my friends!” 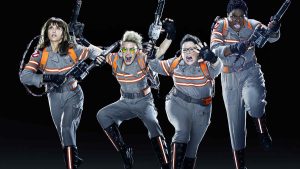 Ghostbusters on the cover of Empire magazine in April 2016

Aykroyd’s statements have fuelled an alternative approach to Ghostbusters. After seeing the torrents of overblown hatred directed at the first trailer, and the unsanitary misogynistic aftertaste that nobody can ignore accompanied it; many fans are excited for the film, if only because it clearly doesn’t deserve to be buried in dislikes all because of a knee-jerk reaction. 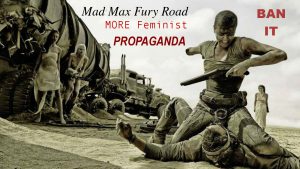 A Microsoft Paint masterpiece from the folks at whatmenthinkofwomen.blogspot.com. Read the article associated here for a good laugh.

All these barely memorable productions made a modest little profit in their passing, but generally have managed to escape mass hysteria from fans that adore the golden, untarnished image of the original. These films were all clear cut cash-ins. Hundreds of professionals came together to create a ‘safe’ movie; guaranteed to make money by its name alone, and the studio enjoyed a satisfying return on their investment, protecting the jobs of thousands of people under their employment. Is that really so terrible?

There are even a few examples of classic reboots that have enjoyed some degree of critical acclaim, such as Star Trek (2009), Rise of the Planet of the Apes (2012) and Jurassic Park (2015). Interestingly, Mad Max: Fury Road and Star Wars: The Force Awakens, which were also well loved, did however also suffer a recognisable outrage from fans who organised small scale boycotts of the films that they claimed to have disgraced the reputation of the original franchise. If you want to know exactly why these films were targeted for scorn, a Google search of either of the titles including the keyword “pandering” will reveal many hundreds of articles accusing ‘feminist fascists’ of infiltrating and poisoning Hollywood.

The point being made here is that what has happened to Ghostbusters is nothing new. We’ve done this song and dance several times before, and the phenomenon will no doubt happen again a handful of times in the next few years. Ultimately, these backlashes from fans often result in a much greater level of discussion of the films they are bashing- I mean; we’ve written multiple articles on the film already, and the damn thing isn’t even out! What these discussions do, is lead to a greater awareness of the movie that results in higher profits; ironically meaning that the outrage produced by fans always ends up supporting the movies they despise.

So strap in for that Misandrist apocalypse that so many filthy corners of the internet are predicting, and we do hope you enjoy Ghostbusters, set to release on July 15th, as much as our beloved Dan Aykroyd did.